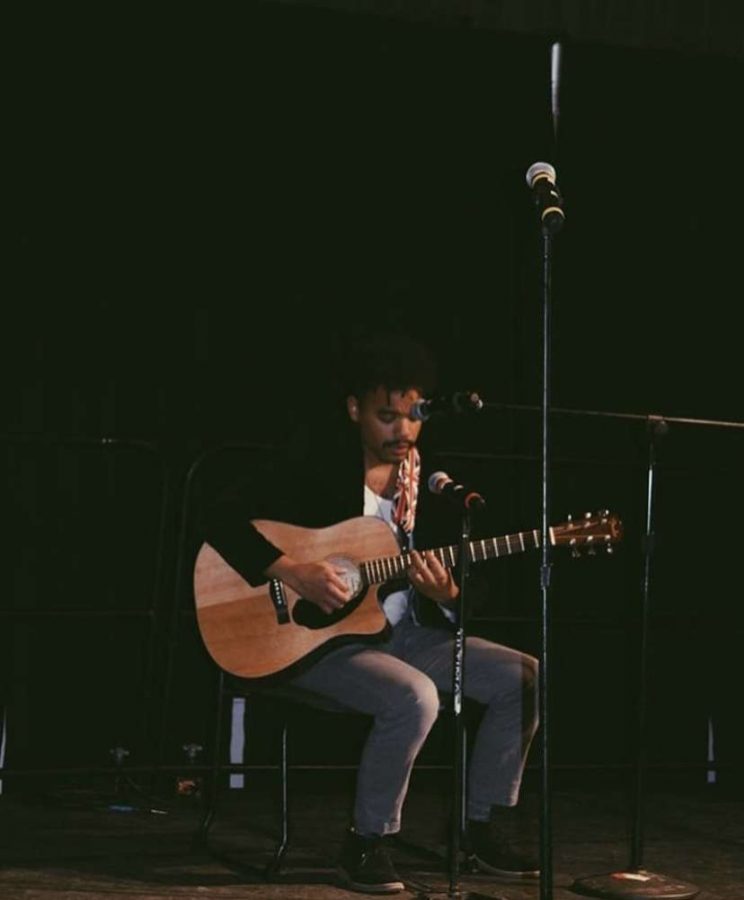 Justus Gill, a junior in the College of Business Administration, wrote his first song when he was 15 years old.

Gill is one of many musicians within Marquette’s community

As an resident assistant at Abbotsford Hall while also curating his first full-length album. He said it has become his passion and a driving force in his life. Learning guitar while simultaneously writing his first song, along with having an “incredibly musical family allowed for me and my music to grow,”  Gill said.

Finding a creative outlet has become something people around the world are looking for. Especially in a time where negative emotions and loneliness have seemed more prevalent, the idea of turning those feelings into art has become more profound than ever.

Gill said his passion for music has only grown since coming to Marquette.

“Marquette has been a really nice creative outlet for me,” Gill said. “I didn’t let anyone else hear my music till I came here. It’s given me people who like my music, opportunities to perform that I’ve never had before, and musical relationships.” Gill said the Marquette Community fueled his musical passion immensely.

Bowerman said the opportunities that blossom from expressing yourself are unbelievable.

“I’d encourage anybody to express themselves and put themselves out there in unconventional ways in the pursuit of their passion. You never know what you’ll attract when it comes to friendships, opportunities and experiences,” Bowerman said.

Playing music in college also allowed for further self-expression, personal growth, and the union of his best friends, Bowerman said.

Nwabuzor, who is now a Health Equity Organizer at MICAH MKE, said music allowed him to connect with a lot of his friends on campus.

“Making music at Marquette allowed me to meet a wide array of people,” Nwabuzor said.

Nwabuzor also enjoyed his ability to perform in student organization events or in the Marquette University Spotlight. Nwabuzor said that the Spotlight, which is a school-wide talent show,  is a “fun extracurricular that allows you to meet fellow artists and students on campus.”

“I would say making music at Marquette allowed me to meet different people, whether it be fellow artists or just people on campus along with being a fun extracurricular activity by performing at student org events or Marquette Spotlight,” Nwabuzor said.

Gill encourages everyone to support clubs and organizations that empower artists. “Most importantly, be willing it helps people and gives favors to those that are trying to express themselves.” Gill is looking forward to releasing his first full-length album, “Contrite Heart” this summer.

This story was written by Finn Askin. He can be reached at finn.askin@marquette.edu