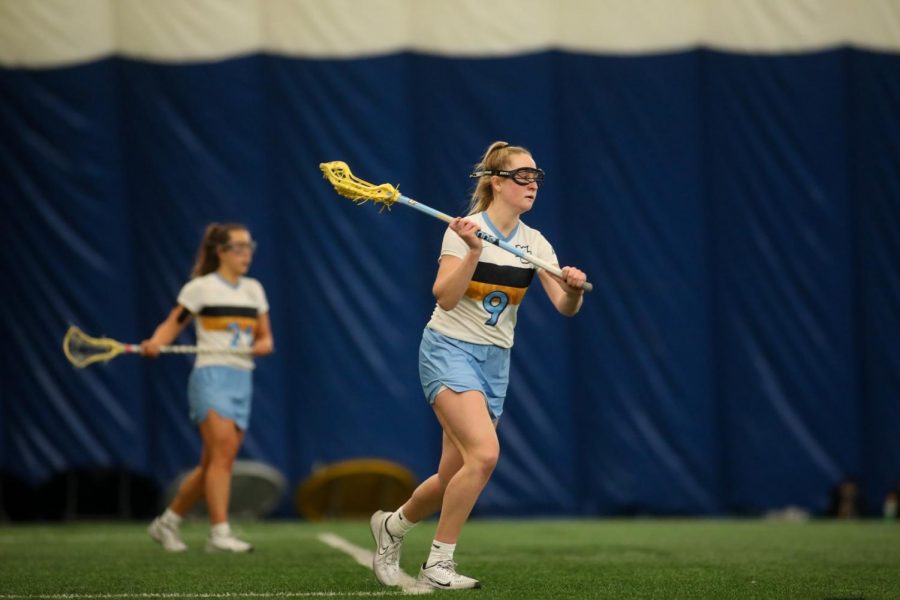 It was a close early on, with four ties in the first 15 minutes of the game. Senior attacker Caroline Stellar scored four of her five goals on the day in the first half to keep the Golden Eagles in it. With those five goals, Stellar eclipsed the 30-goal mark for the season. She now has 33 goals on the year with four games left to go. Stellar is the seventh player in program history to have 30 goals or more in a season.

Redshirt senior attacker Megan Menzuber had only one goal on the afternoon, but with that, she eclipsed the 30-goal mark for the second year in a row.

The first half ended with Marquette only trailing the Hoyas by two, as it was 9-7 at halftime. However, it would not remain that close in the second half.

It was a rough day in net for both Marquette netminders, as senior Sophia Leva allowed 16 goals on 26 shots on goal. She was replaced by redshirt senior Julianna Horning, who only made one save on five shots on goal.

Georgetown sophomore goalie Emily Gaven had a solid day in net, with nine saves on 19 shots on goal.

The Golden Eagles will travel back to Milwaukee to host the University of Denver Pioneers at Valley Fields April 16 at 3 p.m. Central Standard Time.