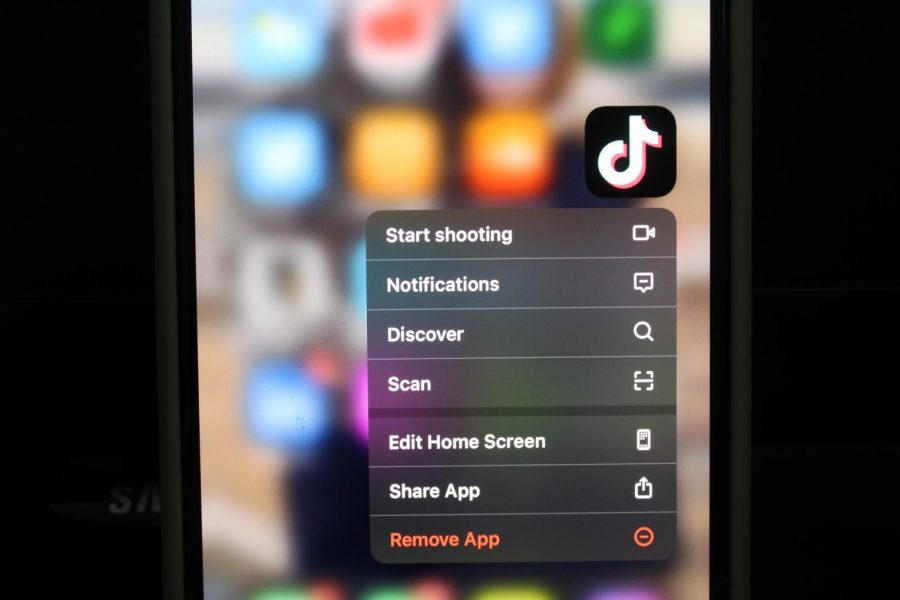 TikTok was the most downloaded social media app of 2020.

Social media has overtaken our lives. And for better or for worse, it is here to stay. Apps like Twitter and Instagram have become a part of many people’s daily lives and have been used for various reasons. Whether it’s for entertainment, networking or making purchases, social media has been a huge resource to many.

And then there’s TikTok, the most downloaded app of 2020. Tiktok has taken over the world with its ability to show users videos that they will find interesting, based on who they follow and what they like. Whether you like comedy videos, dance routines or cooking videos, TikTok has all that and more, it’s just a scroll away.

The app is home to many various content creators to entertain fans, including Addison Rae, one of TikTok’s biggest stars. Addison has nearly 80 million followers on the app with over 5 billion likes on her profile. At 20 years old, she’s become one of the most recognizable social media personalities over the course of her two-year TikTok career.

Rae is known for doing different popular dances on TikTok. The various dances she’s done have been so popular, that it landed her an appearance on The Tonight Show with Jimmy Fallon. On March 25, she came on the show and was teaching Fallon and the audience some of the many popular dances from the app. Even Fallon himself joined in on the dancing. No harm done, right?

The show did, however, bring up points that have been long ignored, but are now coming to light.

Social media saw Rae’s appearance on Fallon and many people were pointing out how the majority of dances and trends on TikTok came from Black people, but they only get attention when white entertainers, like Rae, do them. The topic was trending a lot on Twitter, with some users suggesting that Black creators should take a pause from making content and see what the other creators come up with.

Since this discussion, Fallon has tried to make things right by bringing on the creators of some of those TikTok dances to his show. Meanwhile, Rae also responded to the controversy, saying that the Black creators of the app are “so talented,” and that she “definitely don’t do them justice,” when talking about their art.

While it is good to see that this problem is being acknowledged, there is more to this discussion than just taking dances and not giving credit where credit is due. TikTok has been known for taking the trends and content of other people and not giving the credit to the original creator. And a lot of the time, the original art comes from black creators.

Black creators are not only responsible for a lot of the content on TikTok, but the trends that come around on the app as well. That one “TikTok song” you heard while scrolling through the app? Probably by a Black artist. That new dance you saw Addison Rae do last week? Most definitely created by a Black creator. Those new style tips and trends that you have been seeing, like sneakers and fitted caps? Black people have been doing them for years.

And this issue is outside of TikTok as well. Time and time again, people consume the art Black people have made, but do not show the same love to the people who actually created the content. Or even to Black people in general. I remember a quote from former NBA player Jalen Rose from when he was discussing the social justice movements from last year. And his quote explains the issue in America perfectly: “I wish America loved Black people as much as they love Black culture.”

The social justice movements in the summer 2020 have shown this country’s flaws when it comes to appreciating Black people. Oftentimes, we only get shown love when it’s a “trend” to do so. And that has to change. Black people are some of the most creative people on this planet and the way society treats them compared to their art is unacceptable.

In the end, this country has to do better. And while it’s nice of people like Jimmy Fallon to show appreciation to some of the Black creators of TikTok, there is still a lot of work to be done in order for these creators to get the credit they truly deserve.