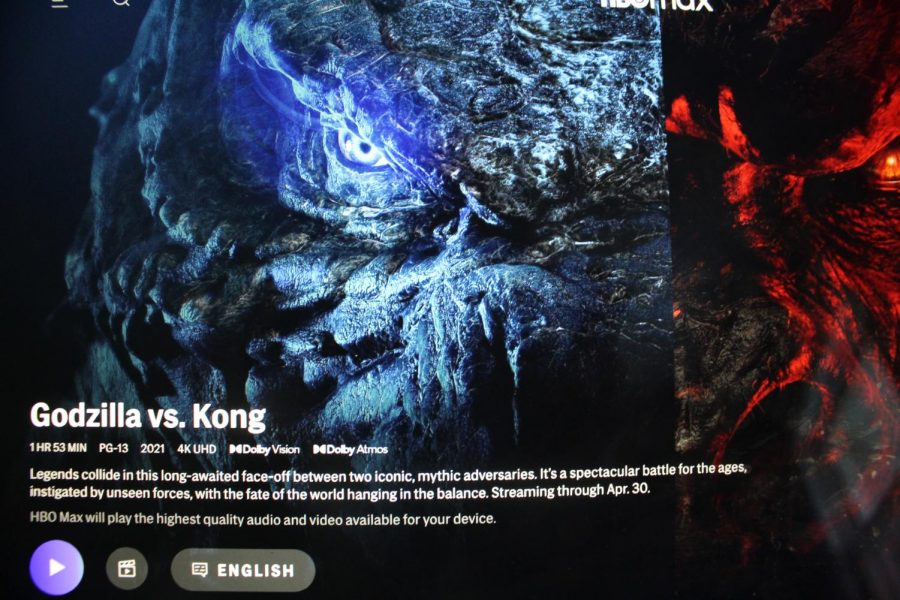 The movie has been in theaters since March 31.

The movie theater industry has been longing for a blockbuster film to get people back in front of the big screen as companies loosen up on COVID-19 regulations. “Godzilla vs. Kong” was just that as it became the highest-grossing movie in North America since the start of the pandemic, according to Bloomberg.

“Kong vs. Godzilla” has been in theaters since March 31 so students can view it there or online with an HBO Max subscription.

The film is about the two titans in Godzilla and Kong and who would be the most dominant. The rivalry runs deep for these two as they try and fight for power.

“Godzilla vs. Kong” had fans excited to see the two heavyweights square off and there was extensive debate over who would win. Alex Rhodes, a senior in the College of Arts & Sciences, thought the victor was pretty obvious.

Will Dummer, a first-year student in the School of Dentistry, had a different perspective going into watching the movie.

“I had Kong winning because they portrayed him in the trailers as the protagonist,” Dummer said. “But in the middle of the movie, it was tough to tell because Godzilla was so big and mighty.”

With all the hype building up before the movie, neither Rhodes nor Dummer were satisfied with the execution of the film.

Rhodes said that it was simply “mediocre.”

He went on to say that the plot was underdeveloped, but the computer-generated imagery was impressive.

“I thought the movie was decent,” Dummer said. “I thought there was going to be a lot of fights between Kong and Godzilla but as it turned out there wasn’t as much fighting as I hoped there would be.”

The ending was what was the most shocking according to Rhodes and Dummer. Caution, spoilers are ahead!

The film ends with the re-introduction of “Mechagodzilla,” which was being built and tested throughout the movie. Mechagodzilla, in a nutshell, is a robot version of Godzilla that is bigger and stronger. It was being developed by a tech company called Apex Cybernetics whose creator, Walter Simmons, played by Demián Bichir, has plans to take over the world.

He unleashes Mechagodzilla on humanity, which prompts both Kong and Godzilla to team up to take on the common enemy, even though they had been fighting the entire movie.

With the help of a few humans, they are able to successfully defeat Mechagodzilla. It was a surprising twist to a film that many thought was to be a 1 vs. 1 battle between Godzilla and Kong.

Many fans were not ready for a new contender. Dummer and Rhodes had different perspectives of the turn of events.

“I liked the ending,” Dummer said. “I don’t think any of us were expecting Apex to make a robot Godzilla, it was cool to see.”

“It was dumb because I thought it was just going to be those two [Godzilla and Kong] fighting the whole time to see who was more dominant,” Rhodes said. “The title implied that they were going to go head-to-head. It was almost hypocritical in the sense that they end up working together.”