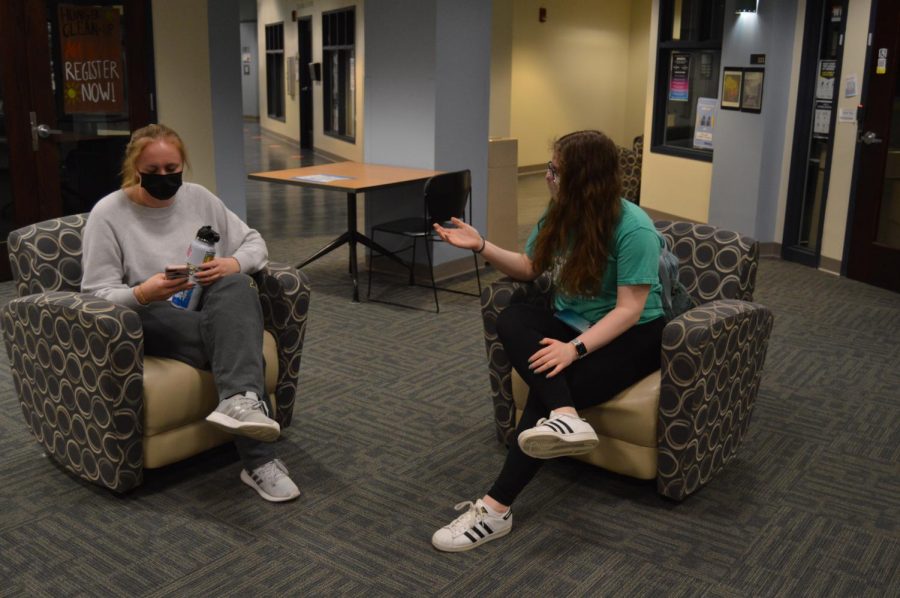 Wisconsin is now one of 12 states to have lifted its mask mandate, though it is the only state to do so by court order, according to the AARP.

Governor Tony Evers’ state-wide mask mandate was set to expire April 5. Although Evers attempted to extend this mandate by issuing another emergency order, the Wisconsin Supreme Court overturned his efforts, declaring the mandate invalid and saying he exceeded his legal authority March 31.

Wisconsin is now one of 12 states to have lifted its mask mandate, though it is the only state to do so by court order, and is among 23 states in total to not have mandates, according to the AARP.

This decision has been met with some criticism from Marquette students.

“I think it’s also quite irresponsible,” Ava Brandt, a sophomore in the College of Nursing, said. “I think COVID is very much alive and well in the state of Wisconsin…I think it is a little irresponsible of the state to remove the mandate.”

Despite the ruling made by the state Supreme Court, counties and cities are expected to enforce their own standards for mask-wearing. The City of Milwaukee has chosen to continue enforcing a mask mandate, a decision that seems to be met with approval from Marquette’s student body, which appears to lean in favor of maintaining COVID-19 precautions.

Elizabeth Grout, a sophomore in the College of Communication, said she is glad the Milwaukee mask mandate remains in place.

“I think there should still be a state-wide mandate,” Grout said. “I mean COVID’s still very here. It’s very much here. I think it’s kind of irresponsible for Wisconsin to get rid of the mandate, but good for Milwaukee for keeping it up.”

Some students feel that, despite any progress that may come with the distribution of the COVID-19 vaccine, now is not the time to give up on safety measures.

“I just think that things are getting better now with all the vaccines being rolled out,” James Ogunbola, a senior in the College of Communication, said. “But I still think we still have a long way to go to get back to the baseline where we were before. So…I just think that this precaution would be best for everyone.”

Claudia Melendez, a senior in the College of Engineering, said she thinks confidence in the vaccine is making some people less concerned about safety precautions.

“I also think that with the vaccine rolling out, it’s a great thing, but a lot of people are getting very comfortable with the fact that vaccines are rolling out, and they’re taking off their masks,” Melendez said. “I think some Marquette students are smart, but I’ve definitely seen in some other places, mostly in like buildings off campus, people don’t wear masks because there’s nobody around who’s gonna be like ‘oh, wear your mask’ and give you a slap on the wrist.”

34.7% of Wisconsin residents have received at least one dose of a COVID-19 vaccine, a percentage that may increase after the Wisconsin Department of Health Services announced vaccine any state resident above the age of 16 is eligible to receive the vaccine April 5.

The university has secured access to the Janssen vaccine, which requires only on dose, for the week of April 12. Any Marquette faculty, student or staff interested in getting the vaccine can sign up for an appointment online.

Angela Mazzaferro, a senior in the College of Communication, said she has seen a lack of COVID-19 precautions on and off campus, particularly referring to parties.

“I have seen an increase in parties on campus and off campus,” Mazzaferro said. “So, I’m kind of both sides. People are being safe, but at the same time I think that there’s a small majority where they just aren’t. And that’s a risk that they take.”

Ogunbola said he feels people on campus are usually pretty cautious when it comes to mask-wearing, but that he cannot be sure about the entire population.

In general, however, it seems students feel comfortable with the amount of mask-wearing taking place on campus.

Brandt said because a lot of students are conscientious about wearing masks, she feels very safe on campus.