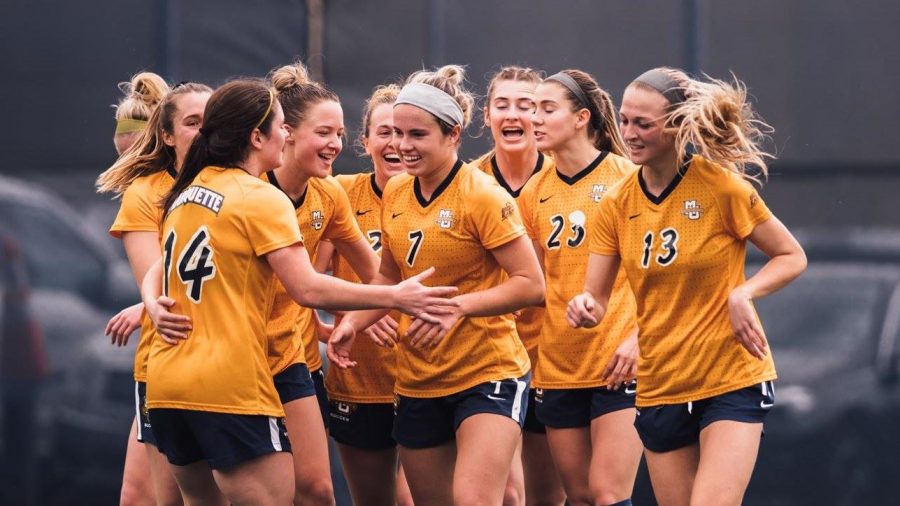 Although Xavier amassed more shots, the Golden Eagles proved to be more clinical with their possessions, as the shots on goal margin was tied at 4-4.

Redshirt first-year goalkeeper Mikki Easter held her own in the net throughout the first half, facing only one shot attempt which she stopped in easy fashion. Marquette’s defense only allowed four shot attempts in the first half as well.

In the second half, head coach Frank Palaez put first-year goalkeeper, Lauren Schill, in the net. She picked up on the moment from Easter, as she saved all three shots that came her way.

Substitute sophomore midfielder Hailey Block was then able to score the winning goal for the Golden Eagles in the 51st minute. She put a shot through that curled over the head of Xavier goalie Olivia Jenkins from the right side. Jenkins totaled three saves on the day and one goal allowed.

Towards the end of the game, the Musketeers showed their relentlessness as they tested the skilled Marquette defenses with numerous through balls, crosses or shots that would either go wide or into the glove of Schill.

In the 81st minute, however, Marquette senior defender Maddie Monticello would foul Molly McLaughlin right outside of Marquette’s own box, which resulted in a close free kick for Xavier. If McLaughlin would have scored, the game would’ve gone to overtime. Though McLaughlin had a great strike, Schill got herself into position and carefully directed the ball over the crossbar.

The Golden Eagles finish their season 6-4 under Pelaez, the first-year head coach.

This story was written by Jack Lewandowski. He can be reached at jack.lewandowski@marquette.edu or on Twitter @JacklewMU.