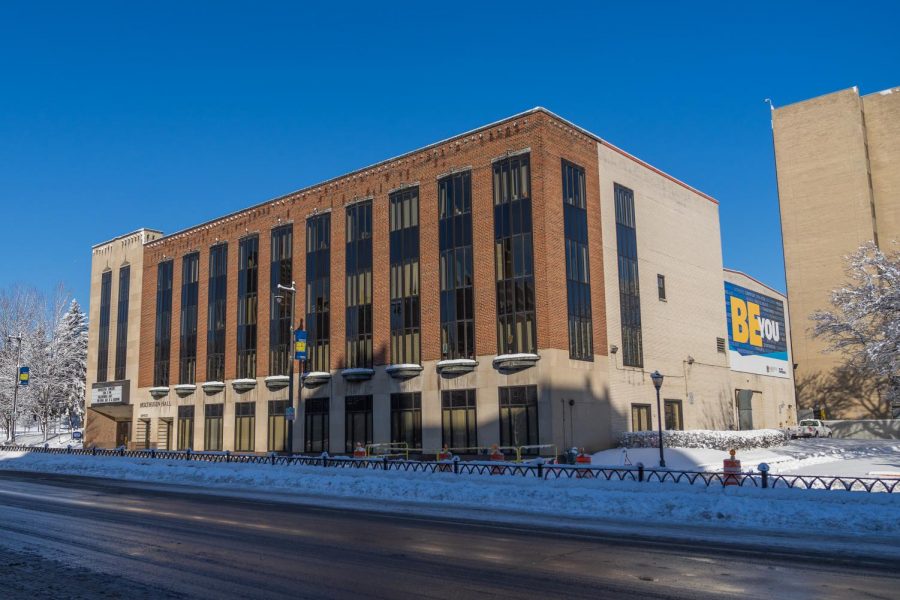 After nearly three semesters of online learning and no spring break for the 2021 spring semester, students and faculty are beginning to experience pure exhaustion. The phrase “burned out” has been coined to describe the stress and feelings students are consistently battling.

This widespread feeling of stress began when Marquette students received an email from the university that stated “beginning Wednesday, March 18 2020, university operations – where possible – will move to a remote working environment until at least April 10, at which point the university will reassess our overall situation.”

However, in-person learning would not return for the spring semester after another email was sent out less than two weeks later extending remote learning. Students returned to campus for the fall 2020 semester, but things were different.

Tracey Sturgal, a professor of communication studies and strategic communication, said that she’s been seeing this trend in students since what she called the “February Slump”. With two of Sturgal’s children attending Marquette, she is also able to get an inside look into the stress students are enduring:

“Because I love my job and I love what I do, I want to always bring the highest energy and do everything I can for my students,” Sturgal said.

Sturgal said how she believes it’s harder for everyone, including professors because during classes people are alone in their house and not surrounded by their peers.

“Being so much more aware that all of the people are around me are having the same feelings I am right now.  Remaining resilient, patient, and kind is so important right now,” Sturgal said.

Beyond the Fall 2020 semester, most students at Marquette is still involved in some amount of online learning. Throughout Marquette, students are involved in a hybrid environment, which is a classroom that rotates students from being online and in person, or a fully online class. For a few, all classes are in person.

Before  COVID-19 began, battling the hardships of school was already plaguing the mind of former Marquette student Jimmy Wronski. Wronski, who opted to take the year off from schooling, would have been a junior in the College of Communication at Marquette this year.

“There was immediately a gigantic disconnect between the students and professors. I can’t learn if things aren’t being presented to me in a face-to-face manner; I needed that interaction to maintain focus.” Wronski said. “All accountability for students seemed to be put on the back burner.”

Joey Sullivan, a sophomore in the College of Business Administration said he shared the same struggles as Wronski.

“It doesn’t even feel like we are in classes anymore. It’s nice that the university and professors are trying to be accommodating,” Sullivan said. “However, If they were truly accommodating during this time, then my peers and I wouldn’t all be feeling like we do.”

Sullivan continued by saying that it has seemed like Marquette isn’t doing their best to make sure online learning works for each curriculum.

With Sullivan being a finance major and a member of the Applied Investment Management Program, Sullivan said stress is already a facet that consistently seems insuperable.  These factors, his extracurriculars, his job, and sitting behind a computer screen for hours on end have made him feel like he is “just trying to scrape by until summer at this point.”

Sullivan and Wronski both, however, emphasized the fact that the “burned out” feeling will not just evaporate after the school year’s end.

Samantha Melody, a sophomore in the College of Communication, said it has been incredibly difficult to navigate this period due to the lack of interaction with other students. It has also been laborious to retain the curriculum presented to her. Melody has participated in three straight semesters of fully online learning.

“Online learning has made me feel lonely. I can’t make friends from going to class, I don’t feel accountable for ditching because friends and professors won’t even realize I’m not on the screen,” Melody said. “The professors and peers tied to my curriculum are providing me no motivation.”

Melody said that online schooling may seem nice due to its freedom, but in the long run, it doesn’t feel like it will be that beneficial.

Marquette was aware of the stress being built up in their students after their implementation of Mental Health Days. In place of spring break, Marquette decided to provide the student body with five Tuesdays or Wednesdays off throughout the course of the semester.

Sullivan said the result of these days was more counterproductive to his stress than anything: “It’s obviously a nice break, but I am still doing schoolwork during those days, which does not make up for spring break. It seems to be a trend that my professors will schedule exams after Mental Health Days.”

Marquette plans to be fully in-person in fall 2021.

This story was written by Finn Askin. He can be reached at finn.askin@marquette.edu