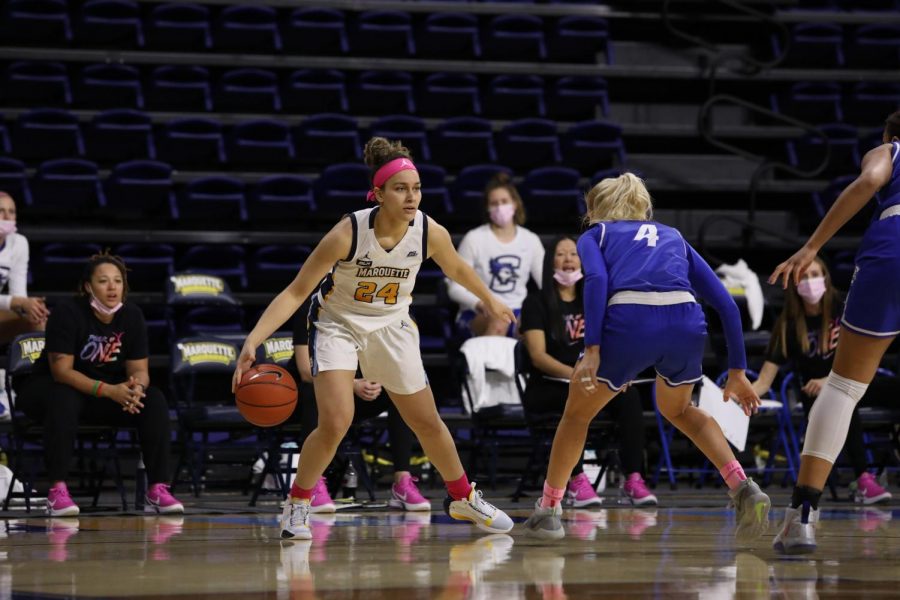 Marquette women’s basketball guard Selena Lott has declared for the 2021 WNBA draft, according to her Instagram post on April 2.

“Marquette University has helped me to develop as a person and as a basketball player with preparing me for life ahead. Looking back to the day I committed to this program, I leave with no regrets. This university has certainly left its MARQ,” Lott said in the post. “With that being said, I would like to pursue my dreams as a professional basketball player and declare for the 2021 WNBA Draft.”

Coming off a senior season in which she averaged 14.7 points, 5.3 rebounds and 5.2 assists per game, the Troy, New York native will forgo the extra year of eligibility granted by the NCAA due to the COVID-19 pandemic. Lott was also named BIG EAST Co-Defensive Player of the Year and earned All-BIG EAST First Team honors.

Lott finished her career with 1,195 points, 383 assists and 223 steals, which rank 23rd, 10th and ninth all-time in program history, respectively.