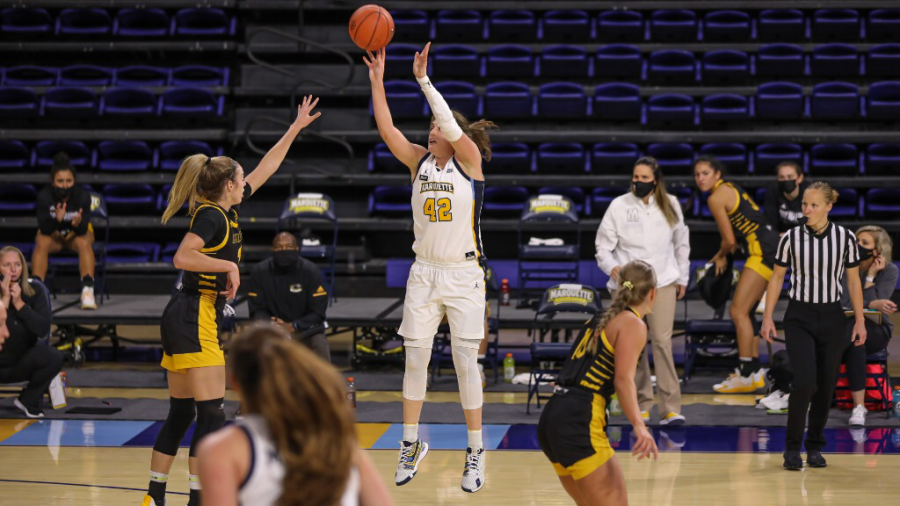 Lauren Van Kleunen (42) attempts a jumper in Marquette's 64-55 loss to University of Wisconsin-Milwaukee on Dec. 2. (Photo courtesy of Marquette Athletics)

Marquette women’s basketball redshirt senior forward Lauren Van Kleunen announced Wednesday night that she will be returning for a sixth year. She made the announcement on her Twitter account.

The NCAA announced before the start of the 2020-21 season that winter-sport athletes who competed this season would receive an extra year of eligibility.

Van Kleunen became the 31st player in program history to reach the 1,000 point milestone March 7 in the Golden Eagles’ 64-59 win against Creighton in the BIG EAST Tournament semifinals.

This article was written by john.leuzzi@marquette.edu or on Twitter @JohnLeuzziMU.