KOCH: Fashion should focus on personal expression, not toxic trends 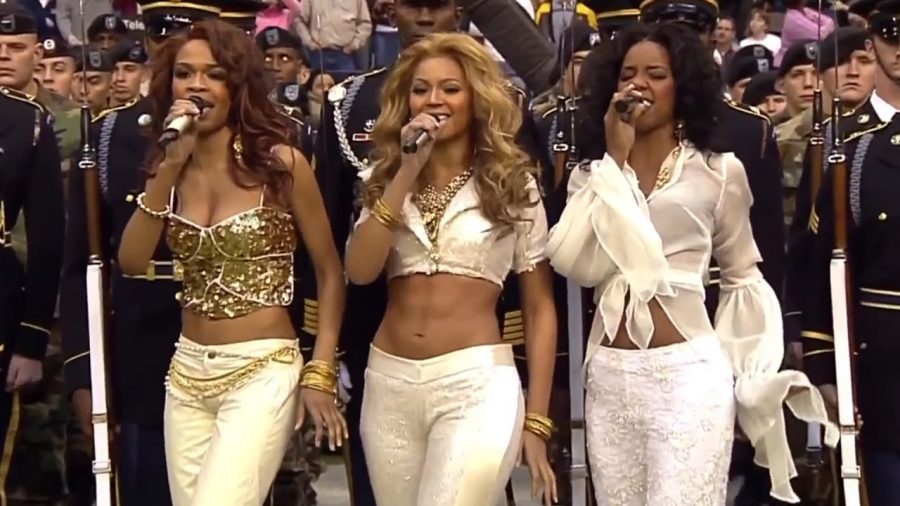 I, as many others, could not wear jeans as a child and even into most of my teen years. The styles that were “in” were always skinny and low rise, until high school when high-rise jeans became popular. All of these styles felt restrictive and uncomfortable and I constantly wondered why anyone would make jeans that way.

My day of reckoning finally came once I discovered the Art Hoe movement which combined vintage 80s and 90s fashion with an artsy, Van Gogh-inspired style. The mom jeans popularized by it were my salvation from low-rise skinny jeans, and I will forever hold a place in my heart for them. However, somehow, I’ve done a full 180, as the Dua Lipa song goes: I’m actively seeking low-rise pants.

The style of jeans has recently come into the public eye once again, as many Gen-Z fashionistas are adding them to their Paris Hilton-inspired wardrobes. With this rise in the low-rise, however, there’s been a sizable amount of criticism — and for good reason.

With low-rise jeans came a heavy emphasis on thinness because only thin people can wear them comfortably. My friend Claude put it simply in a text conversation with me: “Yes, I think any body should wear whatever they want, (but) it literally is hard as (expletive) to wear them when you’re plus size.” In our text conversation, they noted the “muffin top” insult as an example of how the low-rise trend hurt plus-sized people, especially women. Additionally, they stated how they would have to pull up the jeans constantly.

In the early 2000s, body-shaming culture was prevelent and body positivity would not enter the mainstream conversation for at least another decade. Celebrities of the time such as Destiny’s Child and Britney Spears all sported the ultra low-rise jeans with their impossibly flat stomachs and pointed hip bones on display. It wasn’t just that plus-sized women couldn’t wear them comfortably — flat stomachs, a feature that low-rise was used to show off, are almost biologically impossible without unhealthy eating habits.

Women’s fat tends to carry around the hips, thighs and stomach. Even the thinnest of healthy women will have a small “pooch” (this word makes me vomit) around the middle of their stomachs to protect their uterus. Even women without uteruses will carry fat here because it protects women’s digestive system as well.

Along with McQueen’s affinity for the plumber’s crack, he wanted to elongate the female form with his “Bumster” jeans. His bold fashion choice did just that, but at a cost to women’s comfort and confidence. Although he created the jeans for both men and women, the effects they had on women’s self-esteem was far worse than men’s. Additionally, the erotic intentions of the jeans along with the fact that they became synonymous with teen girls is indicative of how girls and young women were hyper-sexualized in the era. Although I can’t deny that I secretly love the whale tail trend of showing off a thong while wearing low-rise jeans or a low-cut dress, it was also a clear example of how low-rise waistlines contributed to pressures put on women to dress in a sexualized manner.

I may seem hypocritical, as I say this while owning pairs of low-rise pants myself. The issue is that all anyone was wearing from the launch of McQueen’s collection to the late 2000s were low-rise jeans. Jeans that were more comfortable and flattering on different body types were considered a fashion faux pas. The term “mom jean” even comes from a 2003 Saturday Night Live skit that poked fun at the high-rise loose-fitting jeans of the 1980s and 1990s. The skit stated how the jeans are “cut generously to fit a mom’s body” or in other words, a curvier body. Fashion seems to be changing, however.

Low-rise is trendy now, but so are mom jeans, flare jeans, wide-leg jeans and straight-leg; Basically, every single “leg” is in at the moment. Maybe skinny jeans are a bit out of favor, but it’s not impossible to look trendy in them.

Personally, I don’t see myself wearing them any time soon because they don’t look great with my body type. That’s what fashion should be about: individuals finding what they feel good in, rather than make women change their bodies to fit trends. My legs are on the shorter and stockier side and wider denim in both high-rise and low-rise styles are generous with legroom and make me appear taller.

Trends seem to be moving towards colors and accessories and less-so the actual shape of garments themselves. It doesn’t matter whether a person’s jeans are low-rise, flared, skinny or loose, but whether or not they’re styled correctly. Of course, being styled “correctly” tends to be dependant on arbitrary trends, but there are plenty of classic looks that work for any decade.

Additionally, fashion at the moment is completely inspired by almost all 20th-century trends that occurred after the 1950s. Even those were influenced by previous trends — like how Edwardian clothing of the 1910s influenced the 1970s and 1980s prairie style, which eventually morphed into cottagecore. Maybe in 20 years, teens will be dressing in cottagecore-core clothing. Bottom line is that fashion recycles itself, so all trends eventually come back.

Low-rise pants are no exception. However, now we can choose whether or not we’re abandoning more size-inclusive styles. To do so is to once again make the fashion world unwelcoming to plus-sized people when it was just cracking open its doors to them after years of fighting for a place in fashion. If we allow all jeans to live together in harmony, we can help separate fashion from misogynistic body standards and bring it closer to being a tool for personal expression.