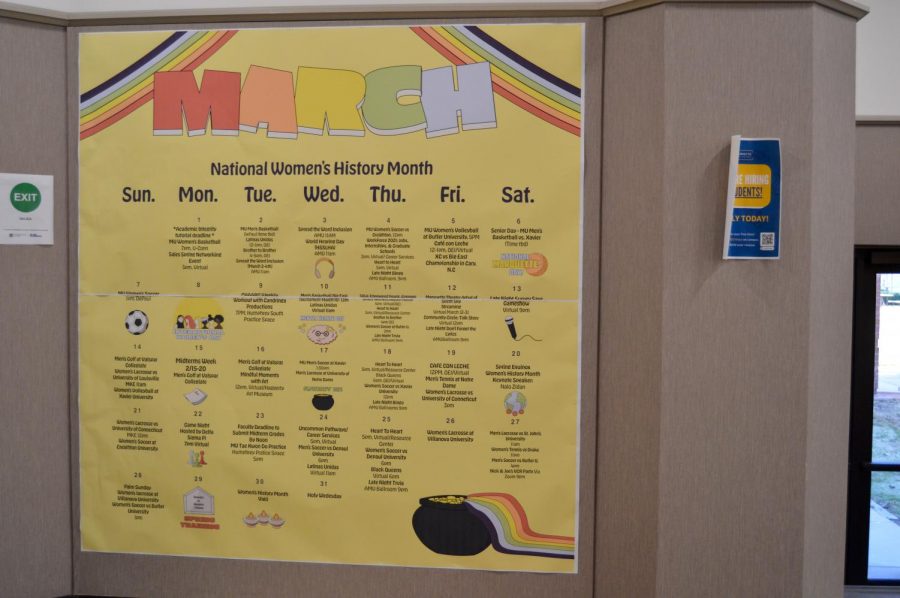 The Office of Engagement and Inclusion is offering multiple opportunities to learn about all the different expressions of womanhood and how to break the conventional norms that revolve around it.

As Beyoncé once said, “Who run the world? Girls.” To understand and appreciate why Beyoncé confidently sang this verse, one must look at women’s history and all of those accomplishments. According to the United States Census Bureau March 8, 1857 marked the beginning of a movement toward the creation of an international Women’s History Month.

With this information alone, a person may not be able to fully grasp the  depth and meaning of Women’s History Month nor Beyoncé’s famous lyrics, but rather make connections with different women, listen to their stories and struggles and learn from them.

Dia Henderson, a graduate assistant for the Office of Engagement and Inclusion and first-year in the graduate student affairs program, said this month is important because so many things are changing.

“Being a woman can mean so many different things for anybody. Womanhood in general is developing and growing,” Henderson said. “We’re being seen, we’re being heard and we’re being taken more seriously, so I think that that’s why this month is so important to me.”

The Office of Engagement and Inclusion is offering multiple opportunities to learn about all the different expressions of womanhood and how to break the conventional norms that revolve around it. These events include leadership panels, keynote speakers and arts and crafts.

According to the Center of Engagement and Inclusion, Nalo Zidan, a queer Black writer, organizer and trans-masculinist, will address questions such as “What is a woman? Who validates how we’ve experienced womanhood and how far are we willing to push ourselves to meet our own evolution?” Zidan shared about their own experiences as a Black queer and push people to resist patriarchy and the stereotypes and conventions associated with womanhood.

“This event is very fitting in the times we are in right now, because there is only one version of a woman being depicted,” Babineaux said. “I don’t think that’s wrong but I think we shouldn’t just say there’s only one way to be a woman, because there isn’t.”

Henderson said she attended one of Nalo Zidan’s previous lectures and that she was really interested in the talk they originally gave at St. Norbert.

The event included a guided meditation, a discussion, a question and answer session, poetry and the land and labor acknowledgement. As an added bonus, the Center of Engagement and Inclusion is offering the first fifteen people who register a copy of the book, All About Love: New Visions by Bell Hooks.

The final event of the month is the Vigil and Closing Ceremony on March 30 at 6 p.m. This event will be located both in-person at the Alumni Memorial Union and virtually, and is a chance for students to celebrate all the influential women in their lives.

An altar will be placed in the AMU Rotunda and students can put up photos and symbols of the women in their lives that have influenced them along with a guided prayer. This event is open to everyone and is a way to understand the weight of women’s influence on not only the people but the world around us.

This story was written by Leen Mortada. She can be reached at leen.mortada@marquette.edu.