Dwayne Killings leaves Marquette to be head coach at Albany 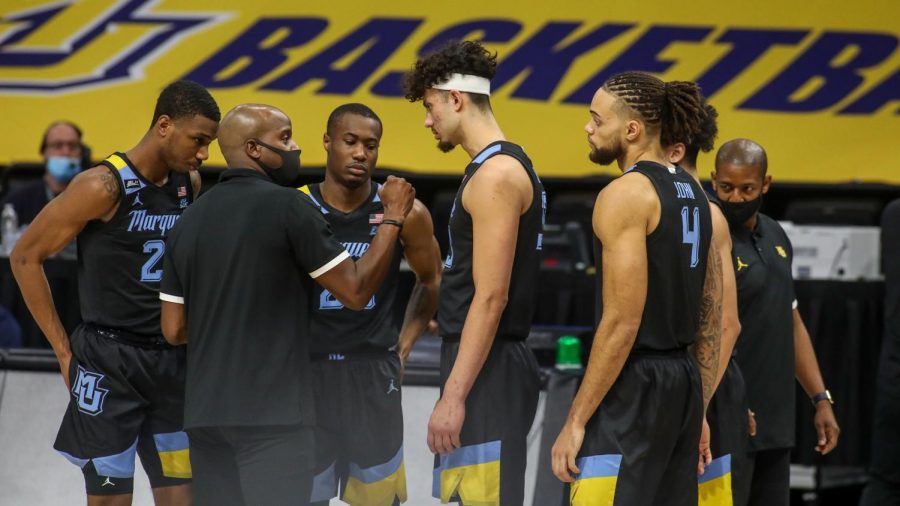 For the third time in two years, Marquette basketball has to replace another associate head coach: Dwayne Killings, who will take over for former University at Albany head coach Will Brown.

On July 3, 2019, Brett Nelson left the Golden Eagles to become head coach at Holy Cross. On March 20, 2020, it was associate head coach Stan Johnson who was named head men’s basketball coach at Loyola Marymount University. Now, MU must replace Killings, who completed his third season with the Golden Eagles during the 2020-21 campaign.

Killings was promoted to associate March 23 after Johnson left. Throughout his tenure, he has helped Marquette’s head coach Steve Wojciechowski lead the Golden Eagles to a 55-36 record and a 2019 NCAA Tournament bid. 2020-21 was MU’s first losing season with Killings on staff.

The Hampton University graduate came to the Golden Eagles after spending 2016-17 and 2017-18 as an assistant at the University of Connecticut. Prior to his time with the Huskies, Killings served as assistant director of men’s basketball operations at Temple University for three seasons.

He had also been working with player development for the NBA-D League. His first college coaching opportunity was with Boston University, where the Terriers won the America East Championship, as well as earning an automatic NCAA Tournament berth.

His initial job after graduating in 2003 was as a video coordinator and special assistant in the NBA, for the Charlotte Bobcats.

The Amherst, Massachusetts native also does a lot off the court as he is currently serving on the NCAA Division I Men’s Basketball Ethics Coalition — after his two-year term began back in May 2018. He is also on the board of directors for TRIAD Trust, which attempts to help educate leaders on making sustainable HIV and Life Skills Education programs.

Alongside fellow associate head coach Justin Gainey, Killings is a member of Coaches for Action. CFA is an organization founded by 21 BIG EAST assistant coaches that aims to “use the platform of athletics to educate and bring awareness to social injustices.”

Killings’ connections helped Marquette recruit sophomore guard Symir Torrence, who announced he would be transferring from the program March 16. Torrence averaged 2.4 points in 24 games for the Golden Eagles in 2020-21.

Killings has also played a crucial role in assembling the Golden Eagles’ 2020 recruiting class that consisted of BIG EAST Preseason Freshman of the Year Dawson Garcia and first-year forwards Justin Lewis and Oso Ighodaro. MU’s 2020 recruiting class ranked No. 1 among the BIG EAST and No. 21 nationally by 247Sports.