Un-PAC works to take big money out of politics 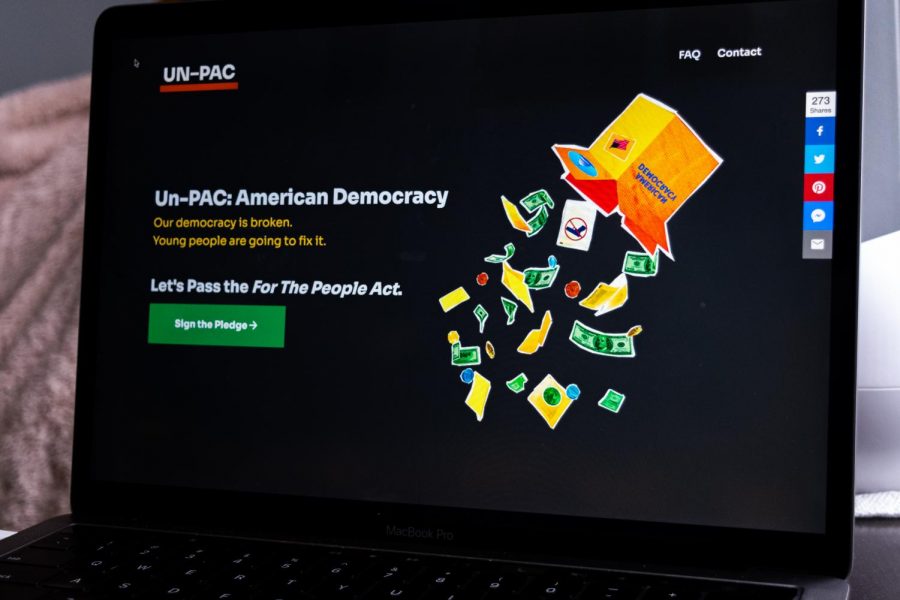 Un-PAC is one of the only organizations in the country working towards democracy reform. They’re doing this by working to pass the For the People Act.

“The FTPA is the closest thing to a silver bullet that we’ve seen in our lifetimes when it comes to making our democracy actually functional and accountable,” Shana Gallagher, executive director and co-founder of Un-PAC, said in an email.

The For the People Act is an 800-page democracy reform bill that focuses on expanding voting rights and getting rid of corruption within the United States democracy. It was first introduced in 2019.

“We’re planning on putting a lot of pressure on Ron Johnson, the senator of Wisconsin, if he runs again,” Christopher Fischer, a senior in the College of Arts & Sciences and student organizer for Un-PAC in Wisconsin, said. He would be up for reelection in 2022.

The legislation will expand voting eligibility by doing things such as restoring voting rights to people who have completed felony sentences. It would also create a national voter registration program that would automatically register people to vote.

“This legislation will do more to increase political power for our generation than any other bill we’ve seen in our lifetimes,” Gallagher said in an email.

In addition to expanding voting rights, the legislation would make elections funded largely by public donations as opposed to largely private funding.

It would require more transparency from political action organizations about where the money they raised came from, and it would prohibit coordination between candidates and super PACS.

Un-PAC supports the For the People Act, which looks to limit the power of super PACS. Hence, the name “Un-pac.”

“By getting big money out of politics and making it easier for young people to vote, this legislation will do more to increase political power for our generation than any other bill we’ve seen in our lifetimes,” Gallagher said in an email.

The bill was initially introduced back in 2019, but wasn’t even given floor time in the Senate by  former senate majority leader Mitch McConnell. It was reintroduced Jan. 4 2021 by Representative John Sarbanes, a Democrat from Maryland. March 3 it passed through the House of Representatives.

After the bill passed, President Joe Biden released a statement sharing his support for the act. He promised to sign it into law “after it has passed through the legislative process, so that together we can strengthen and restore American democracy for the next election and all those to come.”

But right now the Senate is currently made up of 50 democrats and 50 republicans. The Senate filibuster is a tactic normally used by the minority party to delay the process of signing bills into law by endlessly debating them. The only way around that process is if 60 senators vote on the bill.

The bill still has a ways to go before being signed into law but Fischer said it’s “the closest it’s been in a while to being passed into law.”

But both Fischer and Un-PAC are still working to pass this legislation, and through that, change the United States democracy system.

“Reforming the electoral system will really even the playing field and allow everyone to participate,” Fischer said.