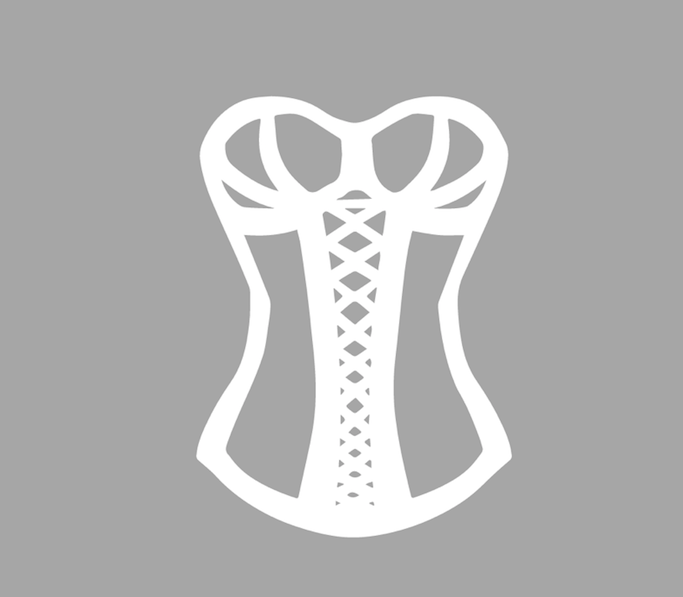 It’ll take your breath away, shift your organs and even make you faint! Is it a medieval torture device? A new high-speed rollercoaster? Nope, it’s a corset.

Delevingne said the garment was like a “muzzle” men made women wear, perhaps believing that many women lost their voice as she did. There’s just one problem with her understanding of corsets: Men didn’t force women to wear them at all. Women wore corsets for a myriad of reasons, and not all were male-related, according to filmmaker and historical fashion collector Karolina Zebrowska. In fact, at certain points in history, the corset was despised by men. These misconceptions undermine historical women’s intelligence and their contributions to fashion.

According to Valerie Steele, the chief curator of the Museum at the Fashion Institute of Technology, men in the Victorian era believed corsets caused hysteria, tuberculosis and cancer. This backlash came from hatred for the growing women’s liberation movement as well as a fashion industry dominated by women.

Of course, the corset was not without its flaws. Steele also describes how it sometimes caused indigestion and weakened back muscles. Lily James said that while filming “Cinderella” she experienced indigestion while wearing an extremely tight corset. Women wore corsets for back and breast support, but some corsets were made to mimic a certain figure — a figure that would impress men.

Tightlacing was sometimes used in the 19th century to achieve this figure, though it only took an inch or two off a lady’s waist measurement. The myth of 13-inch waists is a product of proto-photo editing techniques, portrait commissions and popular fantasy erotica from the era.

Corsets weren’t without their flaws, but they weren’t completely evil either. Even working-class women wore corsets. Similar to bras nowadays, some corsets were made to create an hourglass figure, while others were made for everyday wear.

The corset was a diverse undergarment that elicited diverse responses. Some men loved it, some hated it. Some corsets were quite uncomfortable to wear, while others were worn while playing sports.

Women throughout history weren’t stupid, nor were they caged into their corsets by their husbands. Generalizing corsets as the ultimate patriarchal tool is inaccurate considering the variety of functions different corsets had.

The misconceptions perpetrated by Hollywood stars come from poor costume design choices. The pain actresses go through for their roles is more indicative of modern sexism than historical sexism. These actresses do not need to squeeze into tiny corsets for the costume design to be historically accurate.

Historically, women wore a chemise, or undershirt, under a corset and used smart padding to create the illusion of a small waist. Hollywood is infamously historically inaccurate, so it’s no surprise the inaccuracies extend into women’s fashion. For example, “Bridgerton” has been the subject of various video essays and articles detailing how inaccurate the costumes are. And of course, the show has a tightlacing scene as a visual for women’s oppression during the Regency Era.

Even with all this corset slander, the corset has remained relevant. 2020 saw the dawn of a new era of corsets. Corsets bring structure to an outfit and allow so much creativity in their design. There are corset tops for a more accessible style, do-it-yourself corsets and designer dresses that create corset-inspired figures.

The popularity of the corset — along with whimsical, fairytale-like fashion — is an aspect of escapist fantasies that arose out of early quarantine and have continued as the pandemic drags on. An aspect of this trend, cottagecore, was started by lesbians and bisexual women on Tumblr in the late 2010s. I am proud to say I was a cottagecore pioneer myself, as I sported hiking boots and dresses and ran a cottagecore blog my sophomore year of high school.

Cottagecore is distinctly feminine, but in a way that seems to reject the male gaze. That’s no surprise considering the creators of the trend, but it also explains why corsets and frilly dresses are so appealing to more people now.

When people are allowed to explore femininity away from the public eye, say, in their homes during quarantine, it becomes more centered on what the individual wants. Personally, all I want is to put on a fluffy skirt with a corset, prance around in a field and forget about the rest of the world.

Hopefully, this new wave of corsets can teach Hollywood designers a thing or two, and teach the public to not discount women’s contributions to fashion. Corsets became so feared because of a narrative that misogynists pushed and we’re finally seeing that narrative disrupted. Burn your bras and bring back the corset.