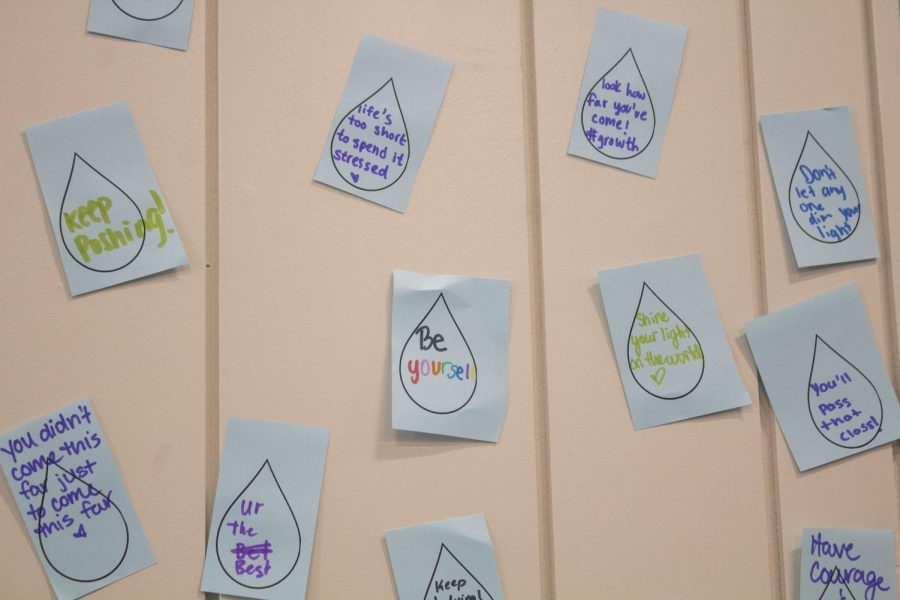 Marquette's next Mental Health Days will be April 20 and May 5.

With the COVID-19pandemic still a reality, the university decided to implement sporadic mental health days, also known as “staycation days”  instead of a spring break. Some students like Catherine Moster, a first year in the College of Arts & Sciences, said they understand why having a spring break may not be ideal. More information on the Mental Health Days can be found online.

“I understand the concern about spring break especially since people go to Florida … I do think that they maybe aren’t as productive as the university might hope,” Moster said. “Mental health isn’t something that you can just fix in a day.”

Moster spent her first Mental Health Day in the library as she had a few essays due. This second mental health day was similar for her due to the school work she still had to complete.

However, Moster participated in some of the Marquette activities this past Mental Health Day.

They had a spa day kit and everything and I just picked up food,” Moster said.

The spa kit had some nail items such as stickers, nail polish, and a buffer. There was also a loofah and some chapstick among other things. Moster then picked up food from The Commons for dinner and she ate at the Alumni Memorial Union during the day.

Shay O’Brien, a senior in the College of Communication, said she likes the idea of the school giving out free smoothies and free food. She also thinks there could be fun activities that students can do during mental health days that include getting off campus.

“I think I went and worked out and then I caught up on some homework and watched a movie with my roommates …  I felt like I was playing catch up on sleep,” O’Brien said.

This past mental health day, her day was busier. O’Brien said she felt as though she was cramming a lot into one day, especially since she was studying for midterms. She did work out in the morning, just like she did for the first one.

“I liked the idea of getting breaks in the week, but I was disappointed that we weren’t going to get a spring break,” O’Brien said.

Matt Merwin, a senior in the College of Health Sciences, also understood that a spring break was not feasible, especially from a health standpoint. Spring break is a time where students typically travel.

“It’s a little frustrating because a week of spring break not having to do any homework is way better than having these mental health days in kind of the middle of the semester … (but) it’s much better than nothing,” Merwin said.

Merwin said he was able to participate in some of the mental health day activities Marquette held, such as the mini golf course.

“The first one (mental health day), I TA-ed for the dental gross anatomy class in the morning and then I just hung out with my roommates for a little bit … then we did the mini golf course over by the AMU then the rest of it was just homework,” Merwin said.

Merwin said he participated in the anatomy fellows program, which is a deep dive into human anatomy through lectures and dissections that also includes instruction and practice on teaching. After participating, it turned into an offer to TA for the dental students after he applied for the position.

Merwin said that he and his roommates wished the administration had planned the days better, specifically when it came to the most recent mental health day.

“It was kind of rough being that midterms are coming up, so you felt almost guilty not doing anything all day … if it had been last week it could’ve been chill,” Merwin said.

Merwin said for future mental health days, he thinks a walk to the lakefront and even throwing a frisbee or playing spike ball could be fun activities to do as the weather gets warmer.