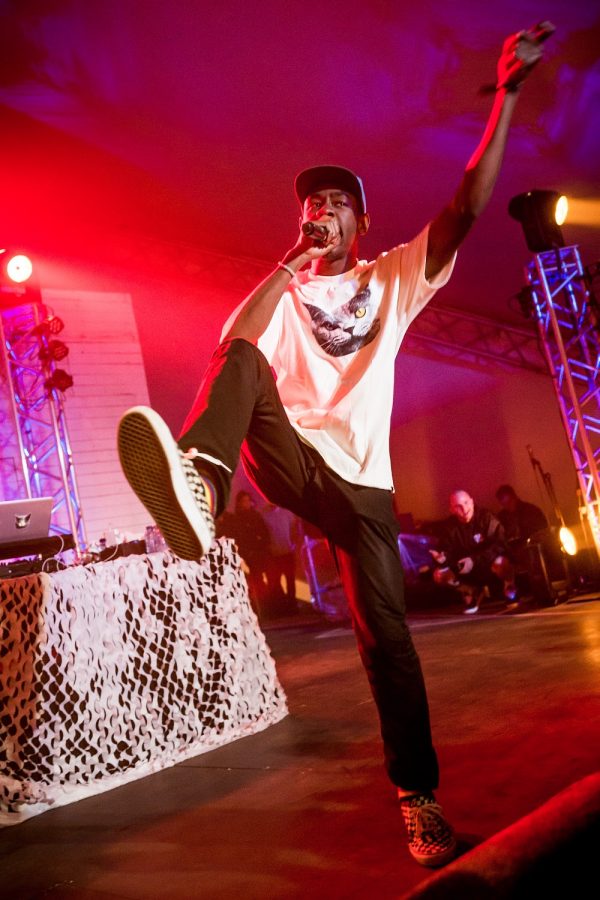 Tyler won Best Rap Album for his performance and production on "IGOR" at the 2020 Grammy Awards. Photo via Flickr

A recent Coca-Cola ad and a new TV show in the works, titled “Shell Beach,” are just two more groundbreaking achievements in a very long line of success and accomplishments for the career of Tyler Okonma, better known as Tyler, the Creator. Coca-Cola reached out to him to make a song for its most recent ad campaign, “Open That Coca-Cola,” and he did not disappoint. Tyler’s influence on the kids growing up in the 2010s cannot be put into words in terms of pop culture and style.

He came onto the scene as a controversial rapper and personality back in the early 2010s, and garnered a lot of attention for the type of music and content he would put out. Specifically, his music video for “Yonkers” in which he eats a cockroach had people wondering just how crazy this guy was, and that’s exactly what he wanted. What came after were millions of fans who loved everything about him.

Musically, he hit his pinnacle at the 2020 Grammy Awards, winning the award for Best Rap Album for his performance and production on “IGOR.” The best part about it, though, is that his style is so unique and unlike anything else, similar to Pharrell Williams, who Tyler actually gave a shoutout to at the end of his Grammy speech.

He is also no stranger to the television industry. Tyler and his friends created “Loiter Squad,” a TV show which aired on Cartoon Network, back in 2012 and it ran for two years. It gave Tyler a chance to get all of his crazy ideas out there and give all his fans a viewpoint into his mind other than the music he was making. The show consisted of a bunch of goofy skits and sketches.

He also had a five-episode show titled “Nuts + Bolts” which aired back in 2017. He takes a look into how things are made by going on tours in factories and other places, from stop-motion films, to go-karts, to shoes, Tyler does an awesome job interviewing people and giving his fans something to crave their interests with.

Despite all of this, though, and Tyler has remained humble throughout his entire career. He gets things done on his own time and in his own way, which is why so many people love him so much. His impact on the world and the younger generation, specifically, is unmatched, and he will continue to change the world. Tyler consistently teaches us to be ourselves and forget what anyone might think about us. He put it best when he said “I think I’m cool. That’s all that matters.” What a way to live.

This story was written by Tommy Shaffer. He can be reached at d.shaffer@marquett.edu.