Piloting through a Pandemic 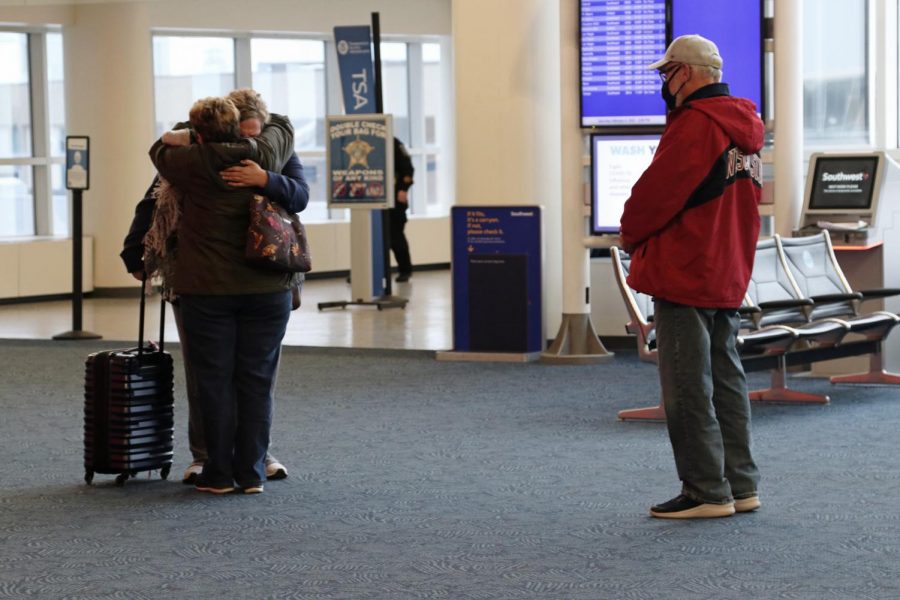 Before the COVID-19 pandemic began, the flight industry was set to have another one of its best years in history. For the past two decades, the number of flights each year had been steadily increasing. In 2019, before COVID-19 was introduced to the world, there were almost 39 million flights globally in the airline industry each year. In 2020, post-COVID, that number dipped to a shocking 16 million, according to a Statista study.

For many in the airline industry, the idea of a lockdown on travel was incredibly scary.

Mike Heck, the vice president of supplier solutions at Fox World Travel and Marquette graduate of the 1985 class, works to set up airlines, car rentals, hotels, cruises and all sorts of travel-related plans for companies in the United States. His first reaction was similar to many in the travel industry.

“At first, it was a little bit of disbelief,” Heck says. “Honestly, we left the office early March last year, I just thought I’d be gone for a couple of weeks, they’d have to come in and clean the offices a little better and we’d be right back at it. But it just spiraled so quickly into a permanent, complete shutdown with the exception of essential travel.”

Just an hour and a half north from Marquette’s campus, Patrick Tracey, the Appleton Airport marketing manager, says in a smaller market, the impact was immediate.

“We were gearing up back in March, literally one year ago now and we were looking at exceeding our best year by 20%. On a good day, we would be doing 1,800 people flying out of here a day. We went down on April 19. We had 19 people fly out. That was our low. It was like the water got turned off,” Tracey says.

For a larger market like Milwaukee, Stephanie Staudinger, the marketing coordinator at General Mitchell International Airport, says the changes needed to be made immediately so that once the lockdown was lifted, the airport staff would be ready to fly travelers safely.

“A lot of what I had to do in the beginning and during 2020 was listening to the messaging that would come down,” Staudinger says. “Whenever a new mandate or a new ruling or anything came out on masks or things like that, we would have to go with whatever came down and things would change so rapidly.”

The airlines also had to follow mandates, including a mask mandate on all flights. Now, every airline and airport practices social distancing among other tactics to keep travelers safe. A back-to-front boarding process has become increasingly common among airlines. Many airport managers work with other airports to implement new ideas to stay safe, Tracey and Staudinger say.

Before the mandate, however, one Southwest flight attendant says some of his work included flights that had little to no people.

“For my experience, I did operate probably three or four (flights) that had nobody. So we basically moved the airplane from point A to point B. There were quite a few flights that had between one and 10 people,” the flight attendant says. “It didn’t register to me that this was going to be something that continued as long as it did.”

Despite the quick adaptations all sides of the travel industry have made, the impact has been felt all across the board. An account executive at Delta Airlines says one of the biggest changes has been moving all meetings with clients to a virtual environment.

“It’s definitely the interactions with my clients, being face-to-face, and making an actual connection. At the end of the day, though Zoom and Teams calls are helpful, I think a lot can get lost, not being face to face. I actually have a face-to-face meeting on Thursday with a client. That’s my first, maybe my second meeting face to face since last year,” the account executive says. “I think the reason I got hired is because I’m a people person. It definitely sucks, to put it simply.”

Both the Southwest flight attendant and the Delta account executive requested to remain anonymous for the protection of their jobs. The Marquette Wire granted these requests.

The industry is so much more than just the airlines and the airports, Heck says.

“The ripple effect is incredible. Taking a taxi or an Uber or Lyft, the parking facilities, the companies that make uniforms for pilots, the aircraft parts, the hotels; it’s just an incredibly big industry and fundamentally, the industry is literally the backbone of the business economy in the U.S.,” Heck says.

While the industry has seen a significant gain in flights, a return to the previous trends will be difficult to re-attain.