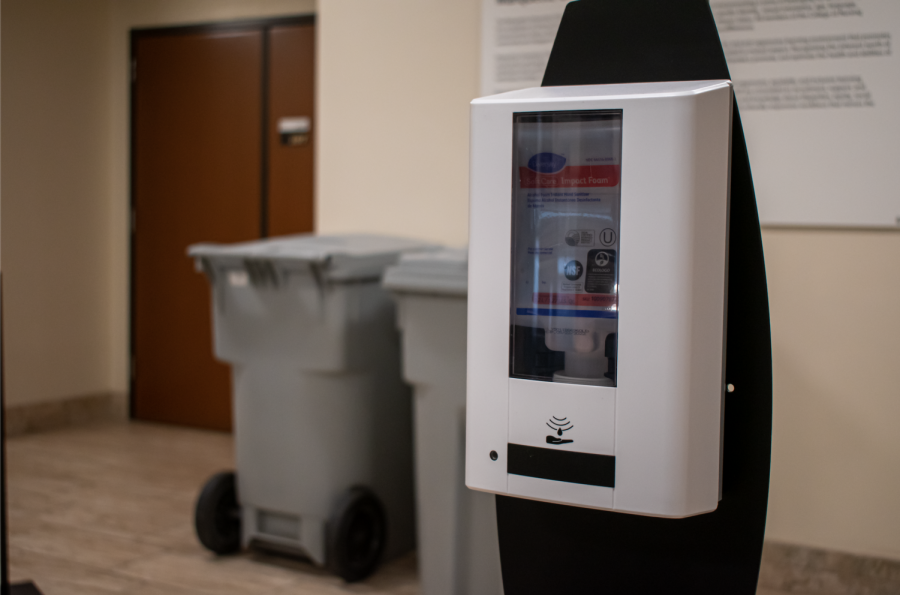 The United States is one of the leading nations in its administration of the COVID-19 vaccine.

In an effort to defeat COVID-19, the United States stands as one of the leading nations in its speed to administer the vaccine, as more than 121 million shots have been given.

However, President Joe Biden predicts a majority of the American people to be vaccinated before this six-month mark, as he said at a March 2 press conference that the United States is on track for every adult to be vaccinated by the end of May.

Lynda Connor, a staff nurse at the Marquette Medical Clinic, says the distribution process is difficult due to the unpredictability of vaccine requests from the state.

“Every week you have to send into the state how much of the vaccine you want for the following week, but that doesn’t guarantee you’re going to get that vaccine,” Connor says. “What’s been difficult is: How do you make appointments for people?”

Dissimilar to large-scale vaccine distributors, Connor says that the Marquette Medical Clinic is unable to administer shots daily. Because of this, the clinic administers all of its vaccines the day after they are received from the state. This occurs on either a Monday or Tuesday, leaving nurses unable to plan their clinics for the following week.

However, unpredictability is only one of the many obstacles surrounding the COVID-19 vaccine, as Connor says the protocol for distribution is far more complex than the average flu shot.

Unlike the flu shot, the COVID-19 vaccine was pushed out to distributors using an Emergency Use Authorization, meaning the FDA made the product available to the public based on the best available evidence. Ultimately, an EUA has less substantial evidence than an official FDA approval.

Currently, there are three different COVID-19 vaccines available: Pfizer BioNtech, Moderna and Johnson & Johnson. There are a few key differences between the three vaccines, most notably that the Pfizer and Moderna vaccine require two doses where Johnson & Johnson only requires one.

“When we plan these, it’s not like getting a flu shot,” Connor says. “We have to do a lot of teaching before we even administer the vaccine, which is a whole 10-minute process prior to even getting the vaccine.”

Lynda also says that there is a 15-30 minute waiting period after receiving the vaccine to monitor for side effects, which is a challenge due to the lack of available space.

“Classes are taking up a lot of the AMU now,” Connors says. “It’s become like a chess game.”

Katie Meyer, a sophomore in the College of Nursing, says she already received both doses of the vaccine due to her work as a nursing assistant where she occasionally encounters the COVID-19 unit at a nearby hospital.

Despite the consistent stress of hospital work amid the pandemic, Myers says she wouldn’t want to have any other job.

“It feels very rewarding, being able to work in a hospital and be looked at as a health care hero,” Myers says.

Although Myers has yet to distribute any COVID-19 vaccines, she says being a recipient didn’t feel like anything out of the ordinary.

“It sounds cooler than it felt because it just feels like a regular shot,” Meyer says. “However, knowing that I’m saving myself, while others, (is) a very cool thing and I’m glad to be a part of it.”

According to the Wisconsin Department of Health Services, 24% of the state’s population has at least one dose of the vaccine. This ranks Wisconsin 22 in the nation for the percentage of its population partially vaccinated.

Although these statistics may signify a light at the end of the tunnel, Keli Wolmer, the executive director of Marquette’s Medical Clinic, says there is still a plethora of uncertainty regarding the vaccine.

Wolmer says resistant strains of COVID-19 from other parts of the world have also entered into the equation, potentially leading to new challenges for vaccine manufacturers.

However, “only time will tell,” Wolmer says.

This story was written by Claire Driscol. She can be reached at claire.driscol@marquette.edu.