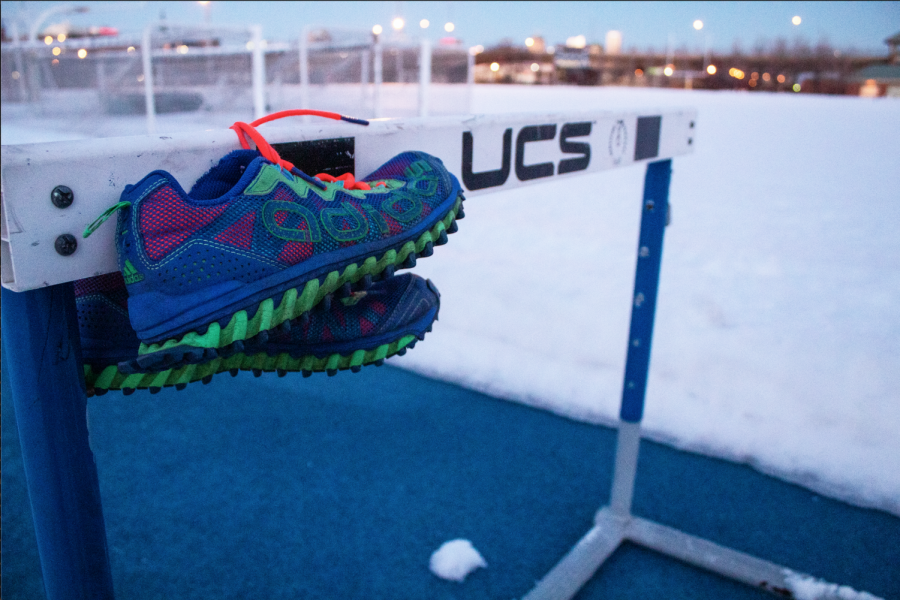 There seems to be only one event in the world where over 200 countries put their differences aside and come together in spirit of sport and competition, and for the first time since 1940, more than 10,000 athletes had a slight change of plans.

The 2020 Summer Olympics in Tokyo were postponed due to the emergence of the COVID-19 pandemic. It was the first time that the Games did not happen during their scheduled year since World War II derailed society over 80 years ago.

The Summer Olympics were pushed to the summer of 2021 in hopes that the pandemic would be contained by then. As of now, the Games are still anticipated to take place, and a sense of optimism has once again began to course through athletes and fans across the globe.

Below are some athletes that have qualified for the Games to keep an eye out for this summer:

In the third grade, Riley participated in a school race where the top 10 finishers qualified for a city race. The future six-time All-American at Stanford University finished sixth in the school race and went on to win the city race.

From there, the rest is history.

Riley, who is now 32 years old, says his Olympic aspirations were something that came to fruition later on in his running career.

“I think for a long time it was like ‘oh that would be cool,’ and then I had a lot of success towards the end of my high school career which got me into a very good college program,” Riley says. “So then it became a little bit more realistic, but still there’s a big difference between being a good collegiate runner and being world-class enough to make it to the Olympics.”

Riley took home second place in the Olympic Marathon Trials to qualify for the 2020 Tokyo Olympics, with a personal best time of 2:10:02. He says it was special to see all of his hard work pay off.

“I got here through just over a decade of putting work in and it’s sort of like a validation of all of those kinds of things,” Riley says. “It’s just incredibly gratifying and just makes me really proud and excited and happy. … The thing I have the most to look forward to is … being able to actually stand on the start line, look up and down and know that I’ve made it.”

A native of East Troy, Wisconsin, Roble’s greatest accomplishment came in 2014, when she was named U.S. Sailing Rolex Yachtswoman of the Year.

The training schedule is pretty vigorous: The spring and summer tend to be loaded with events, while the fall and winter are usually less hectic.

“Typically we’re on five days a week, we sail about 20 days a month,” Roble says. “Honestly it really just depends on where we are and where we’re at with how much racing we’re doing, but typically five days a week with the weekends off is pretty standard.”

Roble and Shea won the U.S. Olympic Trials in February 2020 to qualify for Tokyo. Roble is now searching for her first medal in Olympic competition.

“Our whole team’s mission is to leave no stone unturned, so we really put a lot of thought and energy into everything that we do,” Roble says. “But that being said, the actual moment when we qualified for the Olympics was just absolutely incredible. It felt kind of surreal and like a massive weight off my shoulders and I was just so proud of my team.”

Mayer, who is 29 years old, has been a decorated winner in both the decathlon and heptathlon throughout his career.

Mayer is currently the official decathlon world record holder, with a score of 9,126 points that he scored during the Décastar in France. He qualified for Tokyo Dec. 19, 2020 after posting a score of 8,552 points in the decathlon, topping the Olympic qualifying score of 8,350.

Jianguan started boxing after watching Mike Tyson on television. In his first Olympic appearance in 2016, the 27-year-old Jiangxi, China native won a bronze medal in the flyweight division.

He qualified for the 2021 Tokyo Olympic Games after winning a match in the men’s 52kg division against Kazakhstan’s Saken Bibossinov, who was a bronze medal winner at the 2019 AIBA World Boxing Championships.

Since his 2016 medal in Rio de Janeiro, it has not be an easy road for Jianguan. In an interview with Jianguan posted on the Olympic Channel, he says doctors told him he would not be able to box after sustaining injuries to both eyes. Jianguan says that after rest and medical treatment, he recovered, and doctors claimed it was a “small miracle.” He will look to take things a step further this summer and bring home more hardware in his second Olympic stint.

Masse won a bronze medal in the 100-meter backstroke during the 2016 Olympics in Rio. The 25 year old finished with a time of 58.76 seconds, which was a national record. Masse also became the first Canadian woman to win a world title in swimming when she won gold in the 100-meter backstroke at the 2017 FINA World Championships. She finished with a world record time of 58.10 seconds.

According to her biography page on Team Canada’s website, the Windsor, Ontario native started competitive swimming at 10 years old after spending time on a summer swim team with her siblings.

Masse won gold again in the 100-meter backstroke during the 2019 FINA World Championships, making her the first Canadian swimmer, male or female, to win back-to-back gold medals in the same event. Come this summer, Masse will look to continue her dominance and make her way to the podium in Tokyo.