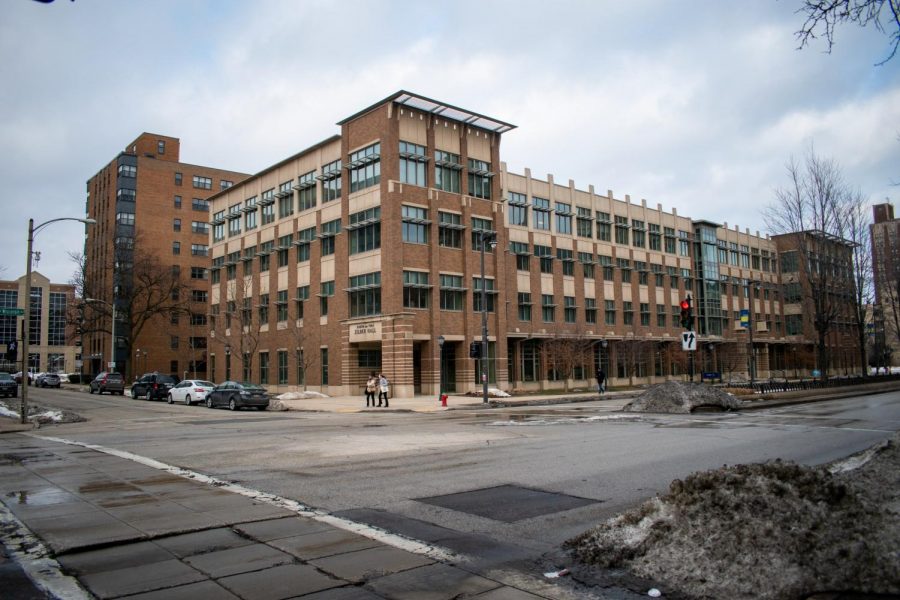 Marquette plans to freeze tuition for the 2021-2022 academic year

Student debt continues to be a topic of concern as the COVID-19 pandemic has led to the loss of over 22 million jobs since the virus surfaced last March.

Despite this statistic, John Baworowsky, vice president of enrollment, said that undergraduates had an average of $35,316 in student debt amid the 2019-20 school year nationwide.

However, to minimize the impact of student debt amid the pandemic, the university announced it is freezing tuition for the 2021-22 academic year.

Baworowsky said the university is implementing a plan to reduce personnel and operating costs to make up for this freeze in tuition.

“Like many other institutions, the university is carefully managing its budgeted expenses,” Baworowksy said in an email. “We look for areas that we could reduce cost without impacting the student experience. In our case, we looked at operating expenses and personnel costs.”

The university has also increased funding for scholarships and its “Bridge to the Future Fund,” which according to Marquette’s website, was established to, “provide financial aid assistance to students whose changing economic circumstances jeopardize their ability to continue their Marquette education.”

“We are incredibly fortunate to have generous alumni and other donors who provided additional support to this fund since the pandemic began,” Baworowsky said in an email.

However, Matt Magden, a junior in the College of Business Administration and member of the Marquette Democrats, said Biden has handled student debt poorly due to his lack of action in providing immediate relief.

“(Biden) has handled it poorly,” Magden said. “He said he planned on forgiving $10,000 for every student with federal loans, but still hasn’t done anything.”

Biden said he was prepared to write off on this $10,000 student debt initiative amid his town hall in Milwaukee last week. However, he refused to increase this relief to $50,000 — an initiative many democrats were pushing for.

“His action isn’t bold enough,” Magden said. “A large portion of America lives paycheck to paycheck. I don’t know how people are expected to pay for college these days because even if you’re a hardworking student, if your parents have poor credit, you’re heavily penalized.”

Biden also said that eligibility for $10,000 worth of student debt relief may be dependent on whether students attend a private or public university.

However, Magden said excluding private school students from debt relief is not a fair initiative, as in his case, private school happened to be the cheaper option.

“I didn’t go to an in-state school in my home state of Illinois because a lot of the schools there don’t offer in-state tuition,” Magden said. “It ended up being a cheaper option for me to go to Marquette than an in-state public college in Illinois.”

Amid the 2019-20 academic year, the average tuition & fees for public colleges in Illinois was $9,999 for in-state students; this is over four times less than the tuition at Marquette.

Without additional aid from Biden, Magden said he could be graduating with around $90,000 in student loans.

Olivia Flood, a sophomore in the College of Arts & Sciences, said she is worried about the consequences student debt may bring post-graduation.

“Student debt can take decades to pay off.” Flood said. “College has gotten a lot more expensive and student debt is becoming a huge problem for everybody.”

“A lot of people are going to have a very hard time, especially in the coming year since the economy is not great,” Flood said. “So I’m hoping the university is able to lower tuition, but I do think freezing it is a good starting place.”