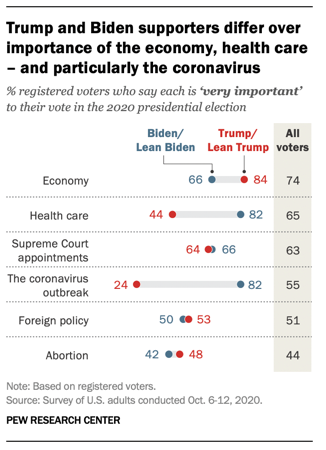 The Marquette College Democrats’ and Marquette College Republicans’ joint hosting of the Prayer Service for National Unity in the Chapel of the Holy Family Feb. 18 showcases a positive model for uniting a politically polarized nation.

It is necessary for the Marquette community, as well as this nation, to establish a common ground between Democrats and Republicans, in order to effectively address societal issues.

Currently, cross-party compromise is immensely difficult to come across in our society, as both parties are hungry for complete control and are experiencing severe extremism. The two-party system is very divided, resulting in members from both parties lacking trust in the other that goes beyond party policy issues.

There has also been a clear drift towards a more personal, deeper distrust in America. In fact, this deeply personal polarization has caused Democrats and Republicans to see opponents in a less-than-human light. This is extremely unfortunate and the loathing of the opposite party prompts a divided political culture.

The College Republicans’ and Democrats’ decision to co-host this service is important for the Marquette community and shows a promising future for open dialogue.

Marquette Campus Ministry initially extended the invitation to both groups, as they believed it was essential to recognize the growing disunity that plagues Marquette’s campus. Mary Sue Callan-Farley, the director of campus ministry at Marquette, commended this effort by both groups: “The hope was to not only respond, but to build bridges for the future with a proactive desire to foster relationships and establish common ground on campus.”

With the growing division on campus and in this country, the co-hosted prayer service could not have come at a more meaningful, important time, with a new president in office and an ongoing pandemic. Though there is much work to be done for this campus to unify and heal, College Democrats’ and Republicans’ actions are a sign of tangible hope for the future.

The College Democrats and Republicans also co-wrote a unity statement, with Jesuit values and diversity in mind, that they shared at the prayer service. Much of the statement focused on fairness and honesty, as well as an urge to listen to all individuals as we share this nation.

The College Democrats and Republicans also “promised to embolden each other to not only show radical compassion, but to (participate in) respectful dialogue,” which is something that our nation is currently lacking. If the groups can commit to and follow through by participating in dialogue that is progressive and respectful, this campus has an opportunity to grow, to learn and to promote meaningful change on campus among differing political groups.

Though Marquette’s Jesuit faith and aspect of Marquette consistently challenges its students to “be the difference,” the phrase “be the difference” does not always have a tangible meaning or action tied to it. Sometimes it may be difficult for students to feel that they are truly making a difference through their classwork or extra curricular activities. However, the prayer service is a tangible experience about what being the difference means in America’s current political climate.

We should acknowledge the prayer service as a great example of reaching across the political aisle to works towards being men and women for others.

The commitment by both groups to “(see) God in all things” and the promise to “strive to create a country where the right to life, liberty and pursuit of happiness is extended to all” is one that goes beyond the classroom. At Marquette, students are called to participate in uncomfortable conversations and dialogues in order to better understand the experiences of different demographics and individuals.

Marquette faculty and students must also commit themselves to extending rights, freedom and happiness to people of all backgrounds. The Marquette community must be the difference and unite against social inequities and inequalities that currently prevail in our society, while also emphasizing the importance of working with individuals who may not share political views. The Marquette College Democrats and Republicans serve as a perfect example.

Discussion groups and dialogues must be available for students of all political affiliations. Panels should be co-hosted by groups in order to allow for difficult, yet respectful conversations to be held.

By example of the College Democrats and Republicans, it is clear that a positive, unified campus and country is possible and attainable.