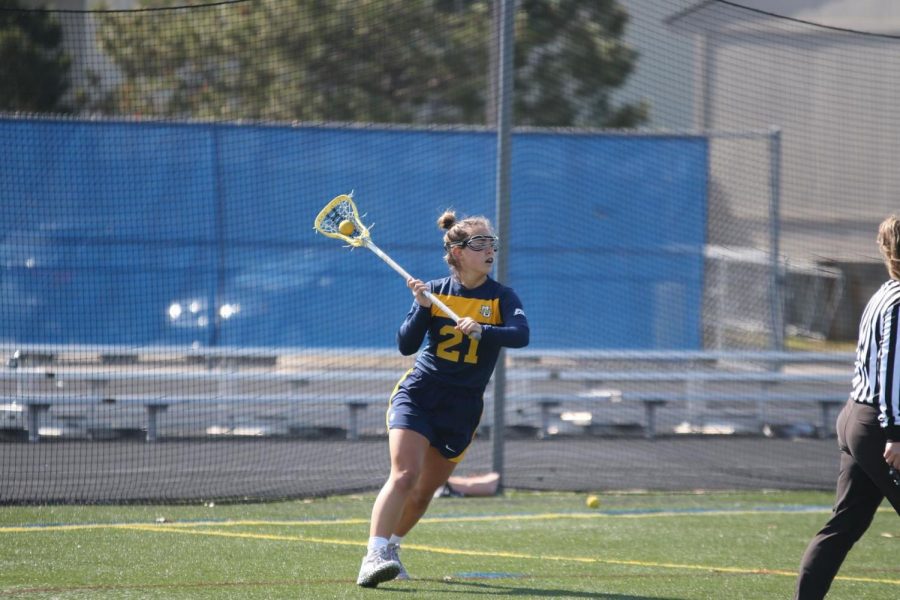 Junior midfielder Lydia Foust led the way for Golden Eagles, completing a hat trick down the stretch to decrease the CMU’s lead, however it was not enough to help MU late in the game.

The Chippewas were led by sophomore midfielder Audrey Whiteside, who saw the back of the net four times. Following her was senior attacker Natalie Karlen and junior midfielder Maggie Diebold, who each scored two goals.

The first half was filled with plenty of offensive action by both teams, with two lead changes.

Central Michigan struck early, getting out to a 2-0 lead after redshirt senior attacker Megan Menzuber was yellow carded. However, Menzuber responded with a goal of her own in MU’s next possession to decrease CMU’s lead to one. Steller was then able to find the back of the net off an assist from Menzuber to tie it up.

Central Michigan responded quickly to Marquette’s goals, with two goals of their own to go back up 4-2. But that did not last long as the Golden Eagles went on a 4-0 scoring plunge thanks to goals from Steller, Foust and sophomore midfielder Emma Soccodato. MU went into half with a 6-5 edge, their first lead of the game.

The Chippewas started the second half similarly to the first. Three separate players scored three unanswered goals to put CMU back on top. However, back-to-back goals by Garcia tied the score once again. Central Michigan was able to keep up their swiftly paced offensive play to conclude the rest of the game, racking up another three goals.

Down the stretch, the Golden Eagles were able to add a few more goals from redshirt first-year midfielder Leigh Steiner, her second of the season, and another from Foust to make the score 11-10.

Despite the late-game antics, that was how the game would end, as CMU held possession for the final minutes to secure their first win of the season.

Senior goalie Sophia Leva started in net for the Golden Eagles and tallied seven saves while allowing five goals. Redshirt senior goalie Julianna Horning then came in to finish between the pipes, allowing six goals and posting one save.

Marquette will now look to bounce back next Saturday when they will take on Kent State University (0-1, 0-0 MAC) in Ohio at 11 a.m. Central Standard Time.