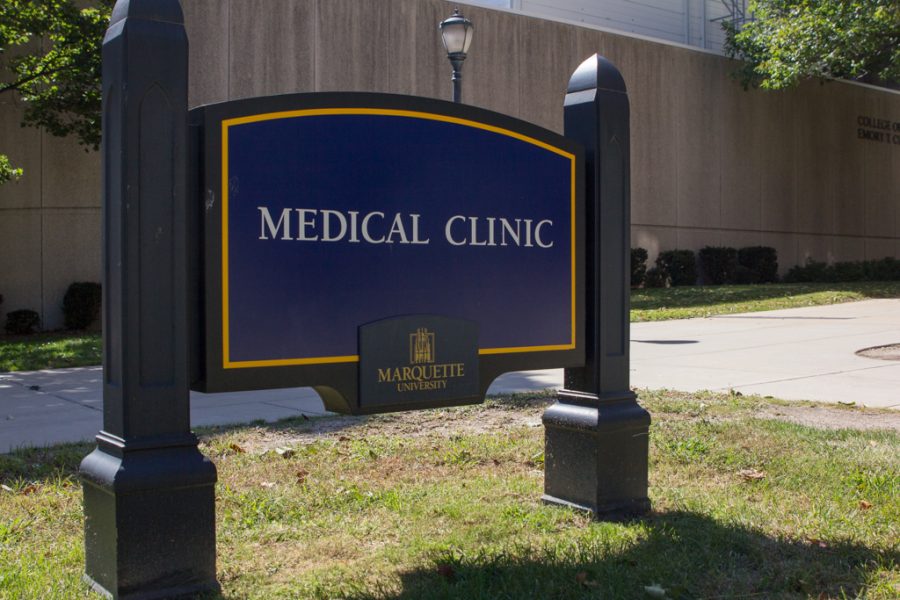 The university will no longer be hosting it's vaccine clinic on April 14.

A number of students living in residence halls started to feel ill last week with muscle aches, stomach pains, nausea and vomiting. After a number of students within Straz reported their symptoms, the Milwaukee Health Department confirmed the illness to be norovirus, a highly contagious stomach virus.

“A lot of it was nausea, body aches, abdominal pain, I just slept for most of the day,” Sean McLaughlin, a sophomore in the College of Engineering and resident in Straz Tower, said. “It was relatively short though. I only had symptoms for about 12 to 15 hours.”

An email was sent to Straz Tower residents Feb. 18, outlining the symptoms and the results of the health department’s tests.

Since then there have also been “a small number” of cases had been found inside of Schroeder Hall. The news was delivered to Schroeder residents in an email Monday night.

The Milwaukee Health Department worked with Marquette Dining Services to investigate all dining and food preparation areas within Straz. After investigation, all areas were deemed to be free of contamination. The origin of the virus is unclear at this time.

Jack Killian, a sophomore in the College of Engineering and a resident in Straz Tower, was one student who contracted norovirus.

“We thought it came from the Straz dining hall, because a lot of us who got sick, live and eat here, too,” Killian said.

But Killian talked with others who experienced the same symptoms as he did and some said there didn’t seem to be any commonality between the things that they ate.

The norovirus is highly contagious and after the health department’s report, was not attributed to contamination within the Straz dining hall or food preparation areas.

“Wednesday morning, I got super sick,” Brock Montelone, a first-year student in the College of Arts & Sciences, said. “I was continually getting sick and running back and forth from my room to the bathroom to throw up.”

Previously, it was thought that the only students who fell ill from the norovirus lived in Straz or Schroeder. Yet, Montelone, who lives in Cobeen, still got sick.

“I never entered Straz or knowingly interacted with someone from Straz, yet I got sick with nearly all symptoms of the norovirus,” Montelone said.

Montelone said he ended up calling the Medical Clinic on campus with his symptoms, wondering if he might be sick with the flu or COVID-19.

“The nurse called me back the same morning and told me that they had recently found norovirus in Straz and said that’s most likely what I had,” Montelone said. “It made a lot of sense. I had gotten a flu shot and I had never been this sick before.”

“It’s weird it spread as far as it did with how much everyone has been washing their hands and being careful about the coronavirus,” Killian said.

Following the advice of the Medical Clinic, Montelone said he rested and drank lots of fluids throughout the day. Just like the Straz residents, he no longer felt sick a day or two after first developing symptoms. Those who get sick from the norovirus typically only take about two to three days to fully recover.

Straz Tower’s common areas such as lounges, elevators, stairwells, the laundry room and other high-touch areas, were all disinfected and sanitized by facilities services. In addition, disinfectant wipes were dropped off outside of every dorm room to help students disinfect the areas inside their rooms. The same procedures done for Straz to disinfect the building are also being done for Schroeder.

It’s unclear as to where the norovirus came from and how far it spread around campus. In order to stay safe, the Medical Clinic recommends washing your hands with soap and water for at least twenty seconds, as alcohol-based hand sanitizers are not very effective against norovirus. They also recommend that students stay in their rooms if they are sick and avoid contact with others.