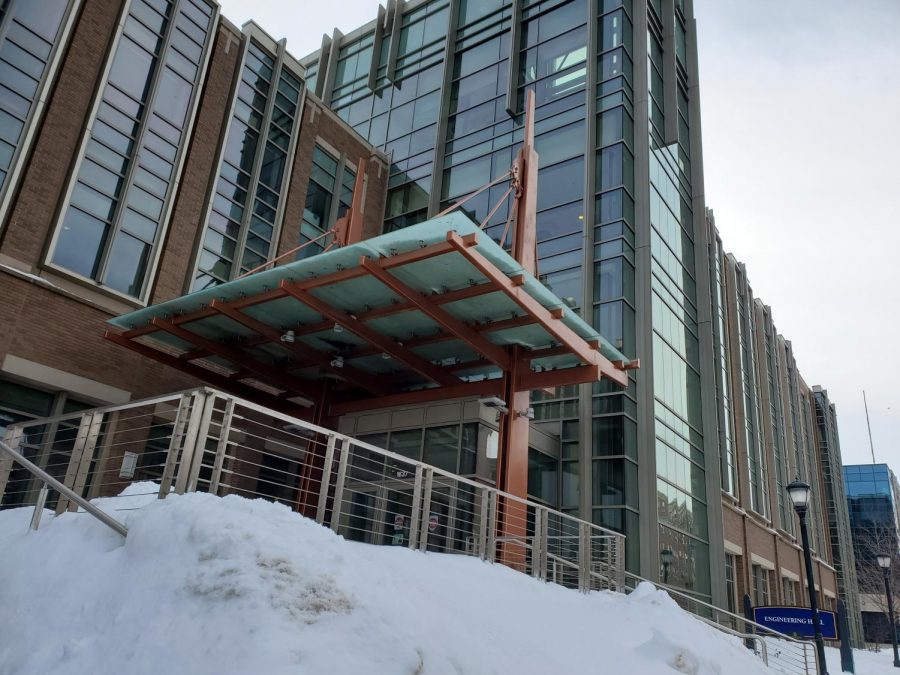 Hira was a doctoral student in The College of Engineering.

Avijit Hira, a doctoral student and teaching assistant in the College of Engineering, died inside of E-hall the morning of Feb. 18.

“He was passionate about service, working with “Dream,” a voluntary blood donation society in Bangladesh,” Lovell said in the email.

Hira was a native of Bangladesh. He loved nature and enjoyed traveling often. Lovell said Hira was involved with International Day on campus, sharing his culture with the Marquette Community.

“His death is literally being mourned around the world,” Marquette University President Michael Lovell said at the university’s Prayer Service of Remembrance on Feb. 19 for doctoral student and teaching assistant, Avijit Hira.

“This is an immeasurable loss for our department, college and university,” Ayman El-Refiae, professor of electrical and computer engineering, said in an email.

El-Refiae described Hira as a “nice, bright and wonderful individual” with a big future ahead of him.

“Avijit was able during his short but impactful life to touch the lives of many of us and have a significant positive impact on the entire Marquette community,” El-Refiae said in an email.

Chung Hoon Lee, an associate professor of electrical and computer engineering, said he often held lunches with Hira in which they discussed his future aspirations.

“He had career goals,” Lee said. “He wanted to finish his Ph.D., work as soon as possible and go back to his country to teach.”

Lee said Hira was part of the faculty at a local college in his country and was a motivated, quick learner.

“I was most impressed with his worth ethic, maturity, hard work and accountability,” Lee said. “He was a very bright, confident, kind and humble person.”

Lee described Hira’s work as exceptional and said his former student executed all of his projects with “patience, precision and determination.”

“He was one of the best graduate students I have had during my 15 years of career as a researcher and an educator,” Lee said. “I saw him having the potential to be a stellar scholar and a wonderful colleague in academia.”

Kristina Ropella, dean of the College of Engineering, said Hira exemplified hospitality and passion when conducting tours of the labs in E-Hall.

“He would always be quick to welcome visitors and smile at me and our friends, and he would quickly offer help in discussing the many great activities of the lab,” Ropella said at the service. “He clearly was passionate about the research he was doing, and the good he was doing for Marquette and the world.”

Farhana Anwar, a graduate student in the College of Engineering, said Hira was passionate about his work. However, her connection with the former student went beyond academics.

“He often called me over to his place to taste his delicious food, especially fish curry, which is a Bengali dish,” Anwar said. “When I couldn’t show up, he would send me food in a lunchbox.”

Anwar described Hira as a calm man with a good sense of humor.

“While playing UNO, he would always say ‘last card!’ but not ‘uno’ when he had one card left, and we would always shove two cards on his as he broke the rules,” Anwar said.

In the immeasurable pain of moving forward without Hira, Anwar said her source of strength.

“Although our eyes will always look for the guy walking around E-Hall second floor wearing a blue Columbia jacket, his demise taught us how we can survive such a painful moment with a strong friend circle.”