Straz residence hall gets snowed in 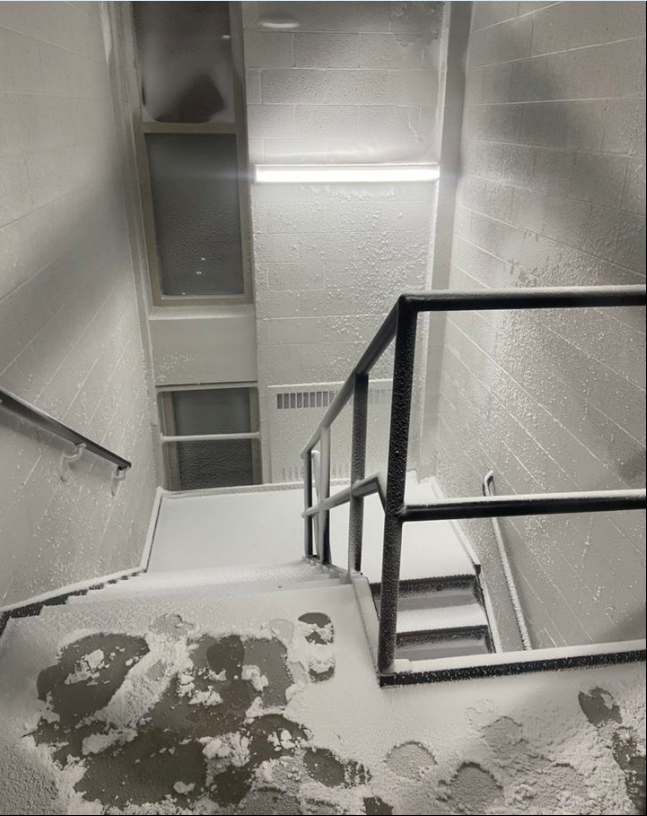 When the fire alarm went off in Straz Tower, students were not expecting to see snow in their stairwell.

The snowy stairwell was caused by open vents on the roof above the fire escape that would usually let out smoke in the event of an actual fire. According to an officer on the scene, the weather conditions caused snow to come in and cover parts of the stairwell with a thin layer of white snow.

This story was written by Benjamin Wells.