Marquette falls to Seton Hall, gets swept in season series 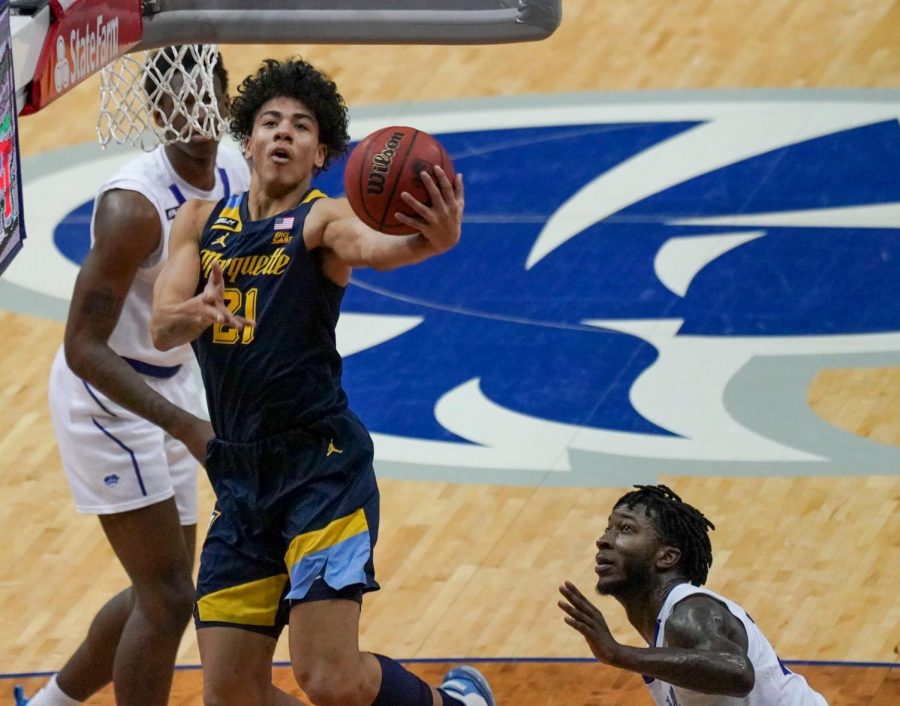 For the second time this season, the Marquette Golden Eagles (9-12, 5-10 BIG EAST) were bested by the Seton Hall Pirates (12-8, 9-5 BIG EAST) 57-51 on Sunday afternoon. The Golden Eagles have now dropped six of their last seven games.

Marquette struggled immensely on offense for the entirety of the game. MU went 18-for-60 (30%) from the field and 3-for-25 (12%) from 3-point range. The Golden Eagles also missed 16 consecutive threes at one point and turned the ball over 14 times.

Despite the ice cold shooting performance, the defensive effort allowed Marquette to hang tight with SHU. The Golden Eagles trailed by no more than 11 points and were able to cut the lead down to just three points late in the second half, but were never able to take the upper hand. The Pirates were held to 37% from the field and 27% from deep.

MU attacked the paint frequently and drew contact with ease. Seton Hall committed 16 personal fouls and the Golden Eagles converted 12 out of 15 free throws. The Pirates were also without junior center Ike Obiagu for the final three and a half minutes after the 7-foot-2 big man picked up his fifth personal.

After a 28-point performance against the Villanova Wildcats, first-year forward Dawson Garcia was held scoreless in his 26 minutes on the floor, going 0-for-6 from the field. He also did not play for the final four minutes down the stretch.

“Everything’s okay with Dawson,” Wojciechowski said. “He’s a freshman playing against as big a front line as there is in the country and a really good one. … I thought we were having success with a smaller lineup, and so we stayed with that.”

“Theo has gotten better with his back to the basket game, there’s certainly no question of that, and it’s pretty remarkable that he’s able to do what he’s doing in games when he’s not able to practice,” Wojciechowski said. “But it speaks to his work and improvement.”

Seton Hall was led by junior guard/forward Jared Rhoden and senior forward Sandro Mamukelashvili. Rhoden stuffed the stat sheet and had a game-high 20 points, seven rebounds, four assists, two steals and one block. Mamukelashvili had a double-double, posting 11 points and 10 rebounds to go along with his three assists.

The Golden Eagles will continue their road trip and head out to Indianapolis to face the Butler Bulldogs (7-11, 6-9 BIG EAST) on Wednesday at 5:30 p.m. Central Standard Time. Marquette was able to beat Butler 70-67 back on Feb. 2. The Bulldogs have lost four of their last six games. The game will be telecasted on FS1.