Women’s basketball bounces back with phenomenal performance against Butler 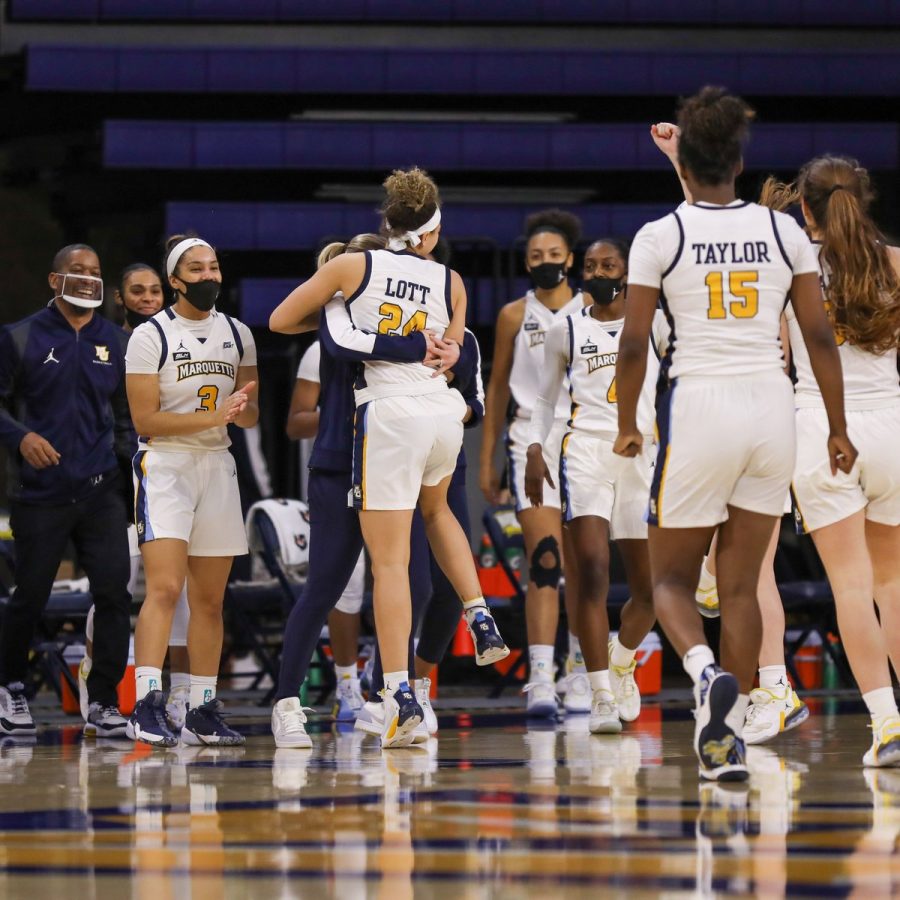 After a two game losing streak over the weekend, the Marquette women’s basketball was able to rebound against Butler 77-48 Wednesday afternoon. The Golden Eagles now move to 13-4 on the season with a 10-3 record in conference play.

“It feels really good … it was really tough losing on Sunday especially on our home court,” sophomore forward Camryn Taylor said. “Those (last) two losses really had us in a different mindset today”.

Taylor had her fifth double digit scoring performance of the season and also contributed defensively. She grabbed three steals and seven rebounds.

“I really challenged our group to really lock in defensively and in their 1 on 1 defense” head coach Megan Duffy said. “Butler had some movement (with) Genesis Parker with the ball in her hands trying to create (shots) and Jaia Alexander the same way … sometimes everyone always thinks it’s offensive execution but a little bit is getting those last couple defensive stops and I know that carried over today and I think we did a nice job”.

Claire Kaifes and Taylor Valladay also had strong showings, combining for 14 points off the bench.

After the team locked in throughout the next few quarters, Marquette put on a dominant rebounding performance cleaning the glass with 48 rebounds throughout the afternoon. They owned the offensive glass by accumulating 21 rebounds to Butler’s three.

Marquette was able to share the ball today with individual points on the stat sheet, as the team had four of their five starters reach double digit points.

“When one is off, everybody else is on and we always work on this in practice of passing the ball and getting teams to break their defense a little bit and shooting that open shot” Taylor said.

Marquette was able to dish out 26 assists throughout the game which was seven more than Sunday’s loss against DePaul.

Marquette will travel to Alumni Hall in Providence, Rhode Island to take on the Friars at noon Central Standard Time Saturday. With their last tw0 contests postponed due to COVID restrictions, Providence is currently 5-8 with a conference record of 3-5.

This story was written by Jack Lewandowski. He can be reached at jack.lewandowski@marquette.edu or on Twitter @JacklewMU.