Marquette wins another thriller in overtime, improves to 2-0 on season 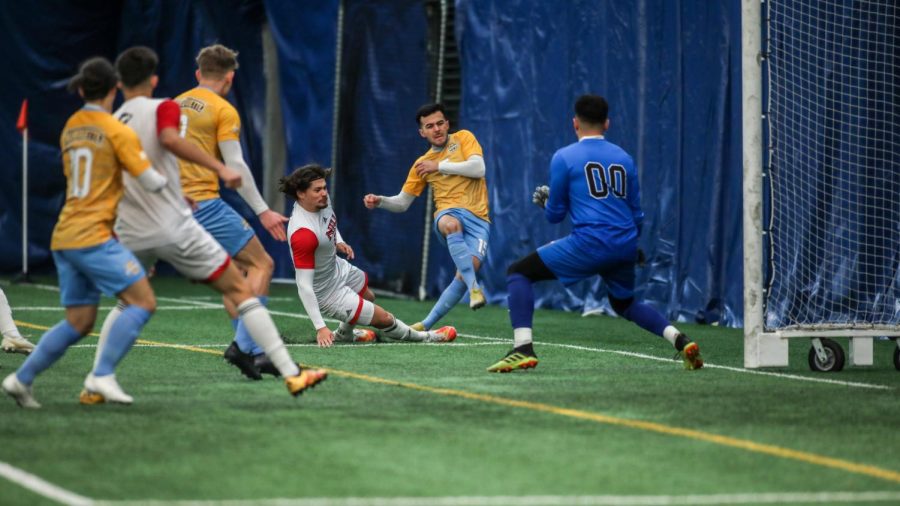 As they did in game one of the season, the Marquette men’s soccer team managed to secure the 1-0 overtime victory against the Northern Illinois Huskies on Sunday thanks to a goal from junior forward Lukas Sunneson that came off a cross from redshirt sophomore defenseman Alex Mirsberger.

Coming off their season-opening overtime victory against Loyola Chicago on Wednesday after a goal from first-year forward Beto Soto, the Golden Eagles left it to their upperclassmen to get the job done in the Valley Fields dome.

Just a minute after redshirt sophomore forward AJ Franklin had the ball in the net for the Golden Eagles but was ruled offside, Mirsberger made a nice run in the box where he made a cross towards goal that found Sunneson with an open net, and he calmly finished off the Huskies.

Both teams had their fair share of opportunities to score throughout the game in normal time, but neither side could manage a good enough chance to break the deadlock.

Redshirt sophomore goalkeeper Chandler Hallwood was clinical yet again for Marquette, as he made several crucial saves throughout the game that kept the Golden Eagles second consecutive clean sheet to start the season.

Hallwood, who transferred from DII Gannon University, got his first start of the season for the Golden Eagles Sunday afternoon after subbing in during Wednesday’s 1-0 victory against Loyola Chicago. Hallwood registered four saves before being replaced by junior goalkeeper Cedrik Stern midway through the second half.

Marquette now advances to 2-0 on the early season and will look to continue their perfect play next weekend when the St. Louis Billikens come to Valley Fields. The game is scheduled for Feb. 13 with a time still to be determined.