KOCH: Transphobia within LGBTQ+ community creates harm, must be addressed 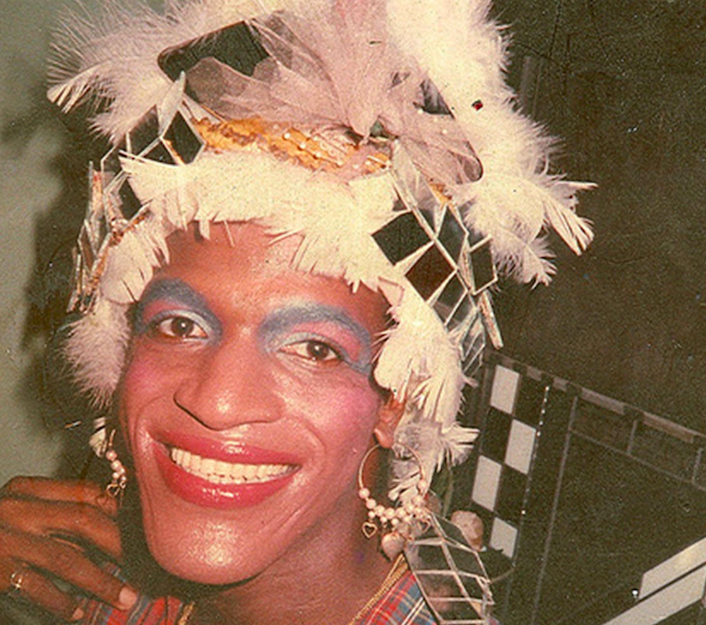 Marsha P. Johnson was a prominent LGBTQ+ activist in the 1960s. Photo via Flickr

Recently, a myriad of trans and queer people have spoken out against transgender creators Blaire White and Kalvin Garrah, leading for a call to de-platform their channels. Their criticisms often boil down to things such as spreading harmful ideas, bullying other LGBTQ+ people and not taking accountability for past actions.

These creators and those who adhere to their rhetoric create a slim definition of LGBTQ+ and ostracize those who do not fit into it. This not only creates tensions between LGBTQ+ people but can have detrimental effects on individuals targeted by their rhetoric.

White is a conservative trans woman whose YouTube videos range from political commentary to exposing abusers in the trans community. Garrah’s content is slightly different; he is a trans man who makes commentary videos on trans and queer issues. However, they both have one thing in common: They bully other queer people.

A prime example of this is a video from six months ago titled “Reacting to Cringey Trans TikToks,” in which they relentlessly criticize other trans people’s content. Their channels are filled with videos just like it.

Garrah’s reaction videos to cringey LGBTQ+ people often went viral, which motivated him to continue. One of the first videos he made involved a nonbinary person named Brennen, who has since spoken out about the trauma Garrah has caused them.

The extent of harm both creators have caused has been covered extensively by Brennen and plenty of other creators, some of whom were attacked directly by Garrah or White and others who used to be fans of theirs.

However, the real root of the issue comes down to what their ideology implies. It is often known as transmedicalism, although it is not seen as an academic or widely used term. However, for the sake of giving this mindset a name, I’ll be using it to refer to the general belief that transness is an innate neurological condition, like a mental disorder.

Transmedicalists believe that male and female brains are different, and in the case of trans people, their brains do not match their bodies. While at first this may seem like an easy way to explain transness, not only is the science behind it flawed, but it actually brings more implications that do more harm than good.

It allowed White, Garrah and many other similar creators to spread transphobia under the guise of science and logic. Their videos and rhetoric created a new way for outsiders to see our community. It created the split between the normal, acceptable LGBTQ+ people and the crazy, attention-seeking ones. In their eyes, the crazy ones are those who are gender-nonconforming or even just those who are proud of their identity.

Transmedicalism puts into question the validity of gender-nonconforming queer people, trans people who choose not to medically transition and nonbinary identities. However, trans and queer people throughout history have never had very concrete genders or sexualities. We have never had nice and neat categories easily understandable for the outside world, not until recently.

For example, Marsha P. Johnson, a famous figure from the 1969 Stonewall riots and a life-long LGBTQ+ activist, is often referred to as a trans woman. However, the word transgender was not in popular use in her time. She often referred to herself as a drag queen, transvestite (a term now considered offensive) or a gay man. Her identity was her own; It was personal, as most queer identities are.

Transness is not always innate, but that does not invalidate those who experience gender in that way.

This in between place is as old as gender roles themselves. Now, through the internet and wider visibility of LGBTQ+ people, those beyond the gender binary have been exposed to the public eye. The public eye is ruthless to what it does not try to understand.

What makes transmedicalism a particularly strange form of transphobia is that it was made by queer people. It is a butchering of queer history and a betrayal of one’s community. Instead of breaking down the gender roles that harm LGBTQ+ people, it only seeks to include gender-conforming and binary trans people into those roles.

It is the type of ideology cisgender and heterosexual people enjoy because it fits into their world, so it has unfortunately gained popularity. Even if non-LGBTQ+ people don’t know the exact terminology or history, they know enough to make fun of those who don’t “fit in” and know how to praise those who do.

However, not all hope is lost. Garrah recently put out a video stating he will be leaving the internet for a while. He stated he wanted to distance himself from transmedicalism, stating, “it’s important to actively think about what you believe and restructure your beliefs in a way that is scientifically up to date.”

His video was not perfect by any means, and he has a long way to go in terms of accountability. Though many are asking him to deplatform entirely, it’s still a start.

The recent influx of criticism to his content and to transmedicalism in general has a lot of queer people reconsidering who and what they support as well as the community as a whole, wondering how we can do better in the future. To do better we need to combat behavior like White’s and Garrah’s before it seriously harms people.

For non-LGBTQ+ people: Listen to all queer people, even those with ideas or identities that are difficult to understand or challenge the norm. See the community as more than a political opinion or gay T.V. show couple. Most importantly, recognize that our experiences are varied and vast, and our queer identities are just one part of that.

Transmedicalism is a new idea, and it does not have to stick around forever. Queer people deserve to not have our identities examined or explained by anyone other than ourselves.