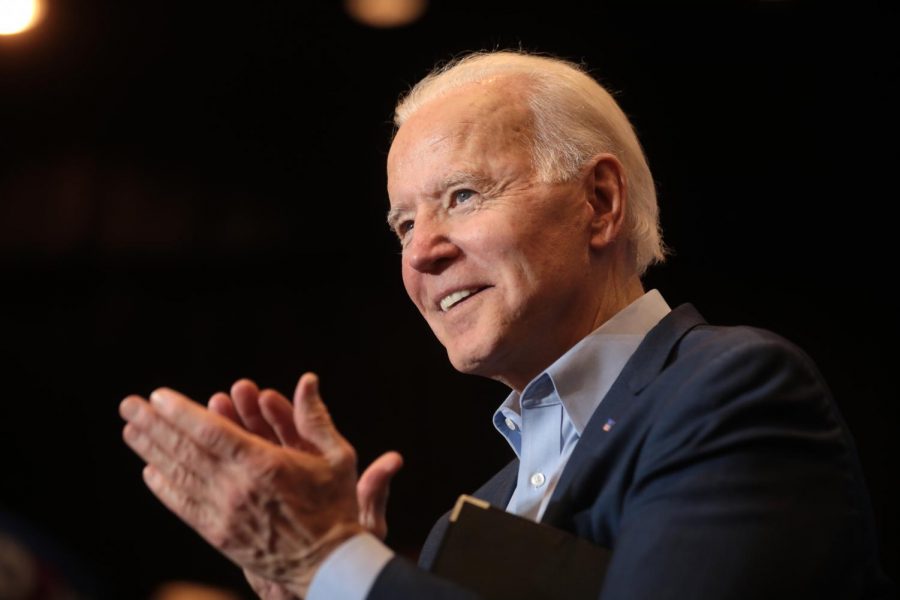 President Joe Biden’s American Rescue Plan is key for the revival of the United States’ economy, as well as the livelihood of the people of in the U.S.

The American Rescue Plan, a $1.9 trillion relief package, is estimated to lift roughly 12 million individuals out of poverty and aims to cut child poverty in half. Not only is this plan efforted to uplift underprivileged individuals and communities across the nation, Biden also explained that the plan is set to reduce poverty by roughly 30% in the Black community and by roughly 40% in the Hispanic community.

As Biden explains, America is in a once-in-a-century health crisis that has only strengthened the most unequal job and economic crisis in America’s modern history, highlighting both the economic crisis that America finds itself in and the social inequity and injustice emphasized since the start of the COVID-19 pandemic in early 2020.

Biden further emphasizes that, as Americans, though the effort to build the economy is key, there is an obligation of morality that Americans must treat each other with constant support and dignity.

Biden’s plan to execute this is absolutely critical in order to build up the U.S.’s employment, and permits individuals to receive unemployment benefits due to COVID-19 and pre-existing conditions.

Furthermore, Biden emphasized that this plan is projected to lift about eight million individuals in communities of color out of poverty, while also providing relief to families of color that have been disproportionately affected by the pandemic. Biden hopes to extend relief in food and financial security, as well as education, child care and access to health care.

The American Rescue Plan is an affirmative step to promoting the common good. Social justice and equity are ultimately connected to economic policy, which is highlighted here by Biden. Steps must be taken in legislation to provide economic and financial relief to communities of color, which have been affected at a higher rate. As promised by Biden’s administration, equity, equality and justice for communities of color and underserved communities would be at the forefront of their agenda.

Another part of the American Rescue Plan focuses on the protections and well-being of frontline workers, 40% of whom are people of color. Biden explained in his inaugural address that America is hurting as COVID-19 continues to spread and has left nearly 450,000 Americans dead. The individuals actively fighting and working to help save lives amid this pandemic are individuals who must  be protected and cared for.

The American Rescue Plan would also majorly assist people with disabilities and their families, as they are at a significantly higher risk for contracting COVID-19 and, on average, are typically less financially secure. Adult dependents have been added to stimulus bills, which is an encouraging sign and an important step towards advocating for the coverage of adult dependents.

Biden’s effort to not only protect health care workers, but also protect the whole nation, is most profoundly highlighted as he urged: “We’re in a national emergency, and we need to act like we’re in a national emergency … we’ve got to do it together. I don’t believe Democrats or Republicans are going hungry and losing jobs; I believe Americans are growing hungry and losing their jobs.”

Biden, as he promised, continually shows that he is not only the president of the Democratic Party, but the President of the United States. He genuinely cares for the well-being of all people and is clearly determined to unite this nation that has been so harshly divided in recent times. His administration is committed to helping individuals and communities get back on their feet amid this brutal pandemic, as well as getting the economy back on track.

The American Rescue Plan is a step in the right direction for doing this; however, the Biden administration is nowhere near finished. The United States is still extremely divided. Thus, we, as the American people, must demand that Biden works toward an America that is just and equitable for all individuals.

Biden is on the right track, however, Americans must continue to hold Biden accountable in his economic policies, plans for equity in the workplace and further social justice initiatives on Biden’s agenda. Americans must demand that Biden follows through on his mission to promote a united, equitable America.

It is essential that Biden and his administration take bold and confident steps to fight the inequities in America that have plagued our health care system, economy and the livelihood of underserved and underprivileged communities.