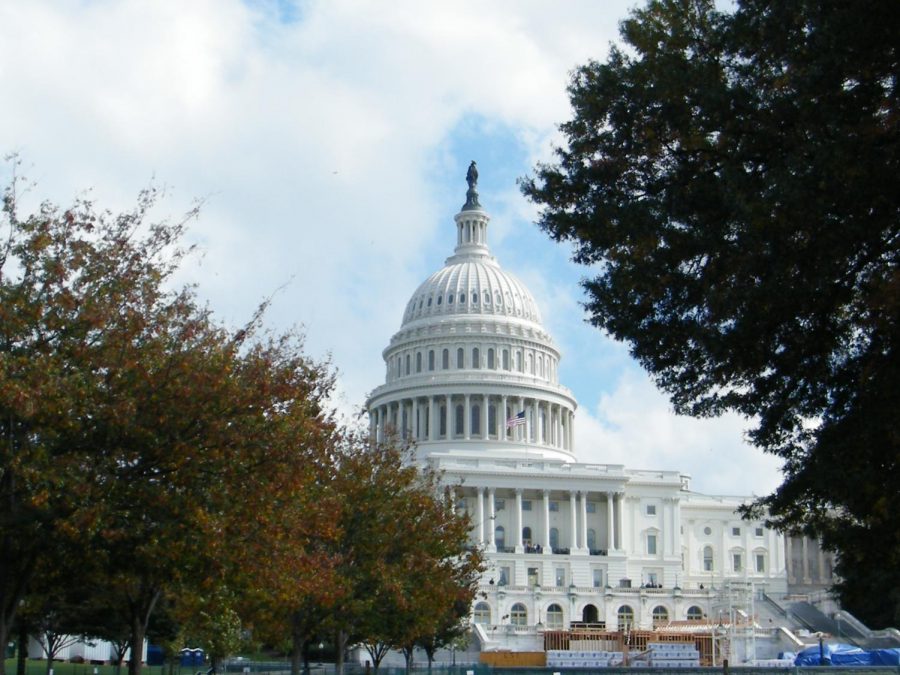 Former President Donald Trump may have left office Jan. 20, but it is important to understand that his fanatical base, which includes many members of the “alt-right,” will remain.

The “alt-right,” also known as the alternative right or far-right, consists of people with strong right-wing ideological leanings, most notably ones that include white nationalism, chauvinism and nativism. Far-right ideologies are not just American-centric nor something particularly new, as far-right wing nationalism has been growing across Europe after experiencing mass immigration. However, the proliferation of “alt-right” ideas on social media, which grew particularly notable in 2016, have propelled a somewhat fringe movement into the mainstream.

“Alt-right” ideas are spread through platforms like 4-chan, an image-based messaging board forum, as well as Reddit, YouTube and Twitter. It’s also propagated through meme culture that often includes innocuous pictures and memes and transforms them into grand messages of hatred.

The “alt-right” is careful and effective in gaining new adherents, and it sells itself particularly well to frustrated people who feel alienated and disadvantaged in today’s society, most often young white men. It is thought that hyper-capitalism breeds angry white men, who feel both a victim to their employer and to the mainstream media that characterizes them as boorish and ignorant.

The storming of the Capitol Jan. 6, in which armed Trump supporters looted, occupied and vandalized parts of the building after bypassing and assaulting Capitol police, was evidence that “alt-right” frustrations had reached a breaking point. The goal was to protest what they believed was a “stolen election,” with claims of electoral fraud.

Some “alt-right” organizations include the “Proud Boys,” a group of self-described Western chauvinists who believe Western ways of life — most often American-centric — are superior to those that are non-Western. The “Proud Boys” are know for their extreme anti-immigration views and hardcore Islamophobia.

In addition to groups like the “Proud Boys,” there has also been an influx of conspiracy theorists, who, with their strong level of government distrust, often blend their ideals seamlessly into the “alt-right.” One of the most popular conspiracy theorists is Alex Jones, known for his show “Infowars.” The most popular conspiracy theory is the theory Hollywood and top Democrats are pedophiles, which is known under the umbrella term of QAnon. According to those who subscribe to this belief, Trump was recruited to break up and destroy this ring of sex-traffickers. While the theories are often bizarre and fantastical, it does reveal the deep mistrust and repulsion of corporate Democrats, such as the Clintons, and the increasingly skeptical attitudes toward Hollywood elites.

The “alt-right” differs from traditional neo-conservatism of Republicanism; it is often populist. It calls out a lot of corruption and evilness that exists in today’s America, such as corporate establishments’ stronghold on politics and society and recognizes the pain and anguish present in so many of America’s rural areas. It tells them their struggles are not their fault.

People are tired of phoniness. Time and time again politicians have made empty promises, focused solely on capital and the well-being of their wealthy cohorts instead of their constituents. The unfortunate reality is that the “alt-right” has come into power because they are correct about many of the ills of American life. However, their reasons for why and their solutions to fix these issues are often both erroneous and egregious.

They tell poor, white Americans that their poverty comes not from corporate greed, but from those who look different from them. Instead of promoting general welfare and social harmony, they seek to bring out the worst in people, to use society’s most vulnerable as scapegoats in order to ease the hurt of the few. But one of the biggest hindrances of the “alt-right” is they blame those who often have nothing to do with the hurt of the poor. There is no real message of progress in the “alt-right,” but one of extreme racial hatred and destructive violence.

In order to attempt to prevent “alt-right” ideologies from growing, it is important to try to stop the hurt and desperation that leads to people turning to it. The pandemic has heightened people’s suffering and their economic desperation. The Biden administration must address this hurt by continuing to enact policies that directly relieve people stifled by economic burdens. Among the most important of these is enacting COVID-19 stimulus packages, raising the minimum wage, creating “Medicare for All” and strengthening labor laws. In addition, Biden must stand up to corporations and monopolies by limiting their power, taxing them heavily and overseeing the ethical treatment of their employees. It is important to mend the disastrous effects corporate food giants and failed industry has left rural Americans increasingly more economically unstable. To prevent individuals from feeling so desperate and hopeless that they feel the need to entangle themselves in a world of nihilism and cynicism, the government must make a real effort to improve the quality of citizens’ lives.

Because when tough economic issues persists, the “alt-right” continues to dwell; benefiting from human suffering, they will persuade more and more people into fighting for and subscribing to their hateful rhetoric.