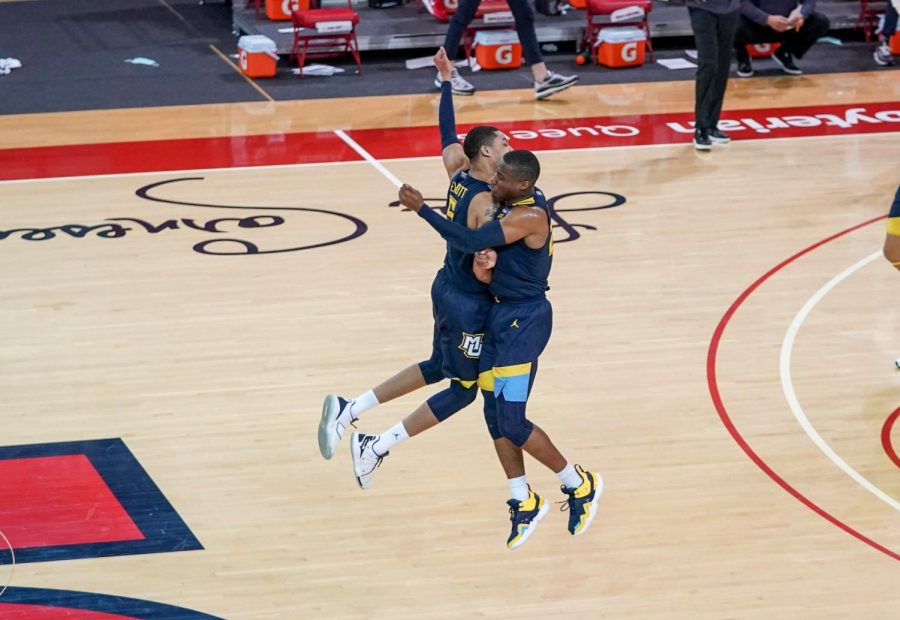 DePaul has struggled so far this season, coming into this game with a 2-5 record, sitting at 0-5 in conference play. In their last game, they lost to Butler 67-53.

The Blue Demons have dealt with many COVID-19-related issues and were not able to start their season until December 23. Since then, they have had games against St. John’s, Villanova and Georgetown postponed due to COVID-19 issues within those programs.

In their five BIG EAST losses, they have played Butler, Seton Hall, Providence and UConn twice. Three of those were single-digit losses.

Last season, DePaul and Marquette split the season series. The Golden Eagles won by four at home and then took a gut-wrenching one-point loss in one of the last games of the season in March in Chicago.

A big difference from last season’s team is the absence of big man Paul Reed, who was selected as the 58th pick in the 2020 NBA Draft by the Philadelphia 76ers. The 6-foot-9 forward averaged 15.1 points per game along with 10.7 rebounds, 2.7 blocks and 1.9 steals last season.

This season, the leader for the Blue Demons has been senior guard Charlie Moore. He leads the team with 12.9 points and 4.4 assists per game. The 5-foot-11 hometown guard from Chicago is shooting 37.8% from the field and is also averaging 3.1 rebounds per game.

The team has three other scorers with averages in double figures. Junior guard Javon Freeman-Liberty is averaging 11.4 points, junior forward Romeo Weems is averaging 10.5 points and sophomore guard Oscar Lopez Jr. is averaging 10.0 points per game off the bench. Weems also leads the team in steals with an average of 1.7 per game.

Defensively, DePaul has been up and down, but better as of late. They gave up 82 points in their first matchup against UConn, but just 60 in their most recent matchup. They also have not given up more than 67 points in their last three games.

The Golden Eagles will look to extend their win streak to three games and get their conference record above .500, as DePaul will be looking for their first BIG EAST win of the season.

This story was written by Matt Yeazel. He can be reached at mathew.yeazel@marquette.edu or on Twitter @MJYeazel.