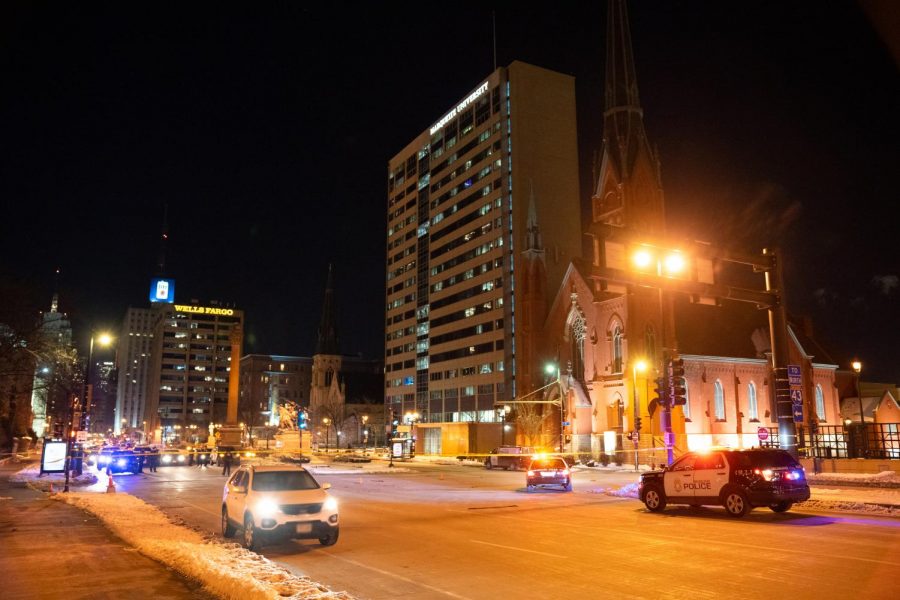 This was the scene that occurred last February that resulted in the death of Joe Daniels. Marquette Wire Stock Photo.

Jordan Jones, 21, has been charged in connection with the hit-and-run crash that resulted in the death of former College of Business dean Joe Daniels last February.

Jones faces the criminal counts of hit-and-run resulting in death and knowingly operating a motor vehicle while suspended.

Daniels was crossing the 10th Street intersection by Wisconsin Avenue when he was hit by a northbound SUV Feb. 11, 2020. There were several surveillance cameras that captured the crash.

The criminal complaint indicates that the suspect vehicle was found about 300 feet from where the collision occurred. Following the incident, a woman who was arrested after she told officers she was the driver of the vehicle gave a full statement to police that indicated that she was not driving. She said that Jones was driving while she used her phone.

Jones told her to switch places with her, as she had a drivers license. She told police that she was driving, and Jones did too.

Jones maintained that he was not the one driving in a follow up interview Feb. 18. The criminal complaint indicated that Jones appeared nervous when officers stated that the female companion was not driving the car.