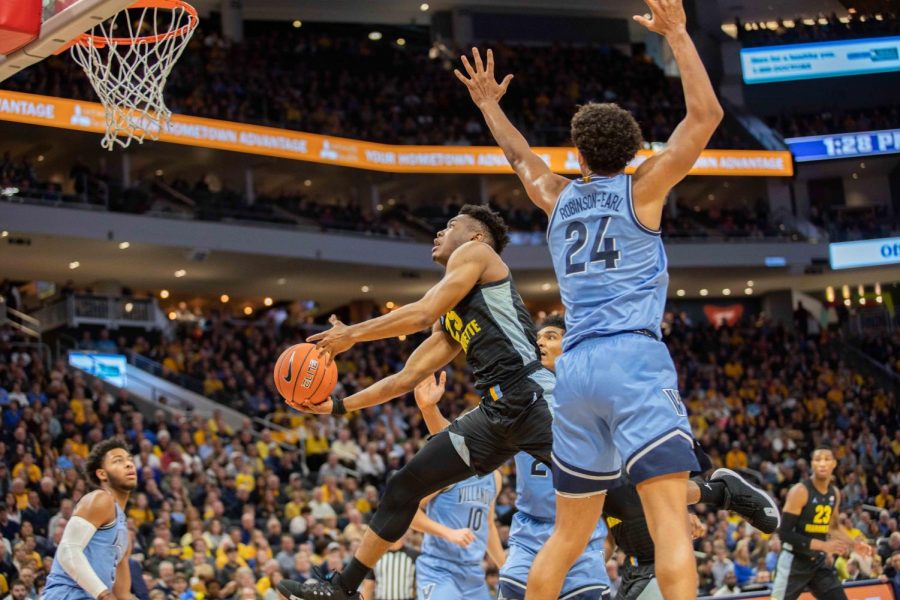 Marquette hosts the No. 5 Villanova Wildcats Wednesday evening in the team’s second BIG EAST home game of the 2020-21 season. The game will be telecasted on FS1 at 6 p.m. Central Standard Time.

After a heartbreaking buzzer beater loss at Xavier Sunday afternoon, the Golden Eagles now sit at 5-4 on the season and look to stay above .500 heading into their 9-day Christmas and New Year break.

Villanova possesses a 7-1 overall record, are undefeated in conference play this season and are currently on a five-game win streak. During the nonconference, the Wildcats had significant wins against Boston College, Arizona State University and University of Texas. VU’s one loss came in a 81-73 decision in the 2020 Air Force Reserve Tip-Off Tournament against Virginia Tech Nov. 28 at Mohegan Sun Arena.

It has been a rollercoaster season for Villanova already, as the team’s first three scheduled games against St. Joseph’s, Temple and DePaul were cancelled or postponed, then matchups against Virginia Tech and Hartford were last-minute schedule additions. The Wildcats were slated to play against Virginia, which was rescheduled due to a COVID-19 issue within the Cavaliers’ program and then St. Joseph’s was added for Dec. 19.

In the BIG EAST Preseason Coaches’ Poll, Villanova received 99 votes for the top team in the BIG EAST in 2020-21. This is the sixth time over the last seven years that the Wildcats have been selected first in the preseason poll. Under head coach Jay Wright, Villanova has either won or shared the regular season conference title six of those years.

While Marquette’s star guard Markus Howard graduated, the only Villanova starter to leave was forward Saddiq Bey — who was chosen No. 19 overall by the Detroit Pistons in the 2020 NBA Draft. In his sophomore season in 2019-20, Bey led the Wildcats offense, scoring 16.1 points a game, shooting at a 47.7% clip from the field and an impressive 45.1% from beyond the arc. He also tallied 4.7 rebounds a contest and amassed 74 assists, 24 steals and 12 blocks.

Four of Villanova’s starters are returning from a team that went 24-7 overall and 13-5 in BIG EAST play last season, including All-BIG EAST Second Team member Collin Gillespie and 2019-20 BIG EAST Freshman of the Year Jeremiah Robinson-Earl.

Gillespie averaged 15.5 points and 4.5 assists per game last season and started all 31 matchups for the Wildcats. The 6-foot-3 senior guard leads the team with 34 assists and 11 steals in a team-best 34.8 minutes per game this year.

Meanwhile, the 6-foot-9 Robinson-Earl was the fourth Wildcat to be named BIG EAST Freshman of the Year as he averaged 10.5 points and 9.4 rebounds per game in the 2019-20 season. His rebounding average ranked fourth in the conference and he posted nine double-doubles throughout the season. This season he leads Villanova’s offense with a 54% shooting percentage and paces the team with an average of 16.6 points and 7.6 rebounds per game, as well as a team-high five blocks.

These two teams are meeting for the 37th time in a series dating back to 1960 and Villanova holds the 25-12 all-time series advantage over Marquette. However, last season the two teams split the series, as each program won at home. In 15 of the last 16 meetings, the Wildcats have been ranked in the top 15.

Since Fiserv Forum’s opening, Villanova has not beaten Marquette in the new arena. The Golden Eagles captured a 66-65 win Feb. 9 on National Marquette Day in 2019 and less than a year later MU upset the then-No. 10 Wildcats 71-60 on Jan. 4, 2020. The last time Villanova won in Milwaukee was back on Jan. 28, 2018, when the Wildcats downed the Golden Eagles 85-82 at the BMO Harris Bradley Center. MU is 7-7 when facing VU in Milwaukee.

While Villanova looks to continue its five-game win streak and stay undefeated in conference play, Marquette attempts to break its two-game losing streak and remain undefeated at Fiserv Forum against the Wildcats. The next time these two teams will meet is Jan. 8 at Finneran Pavilion at 8 p.m. Central Standard Time.