PREVIEW: Marquette looks to beat undefeated Xavier on the road 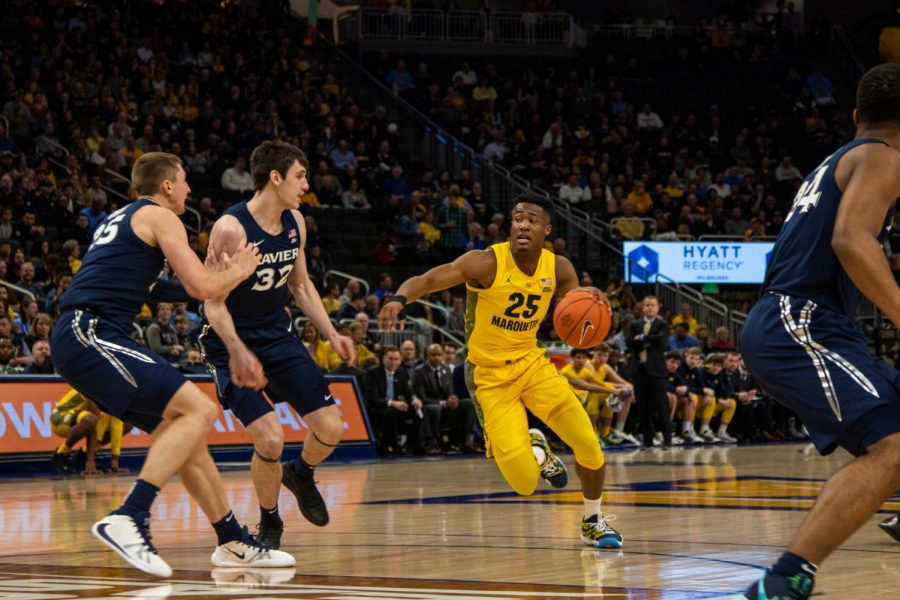 Marquette heads to Cintas Center to face the Xavier Musketeers Sunday afternoon in the team’s second BIG EAST road matchup of the season.

After dropping their BIG EAST home opener 70-63 to Seton Hall Thursday night, the Golden Eagles now sit at 5-3 on the season.

Xavier is a perfect 7-0 this season with big wins against Tennessee Tech, Cincinnati and Oklahoma. This is the team’s best start since the 2016-17 season. The Musketeers were the first team in the nation to be 5-0 after a 79-49 rout over Tennessee Tech.

This game will be Xavier’s BIG EAST opener as the Musketeers have yet to play a league game. The Musketeers are one of four teams, along with University of Connecticut, Providence and DePaul, to have not played a conference opponent. Their matchups at Providence, at DePaul and their home game against Seton Hall were all postponed due to a positive COVID-19 test result within the program Dec. 11.

XU was picked just below MU in the BIG EAST Preseason Coaches’ Poll, as the Musketeers were seventh with 47 votes. The Musketeers lead the conference with a scoring margin of +17.1 and assists, averaging 20.7 per game. They are also second in the BIG EAST with 30.9 defensive rebounds and 7.4 steals per game.

Freemantle is 6-foot-9 forward from Teaneck, New Jersey who was part of the BIG EAST All-Freshman Team in his first season of collegiate basketball. He scored in double figures in 11 games, eight of which were during league play. In his Madison Square Garden debut, Freemantle put up 11 points and seven rebounds against St. John’s Feb. 17 and he tied career-highs with 18 points and three steals against DePaul March 11 during the BIG EAST Tournament.

This season, Freemantle ranks fourth in the conference for scoring with 18.7 points per game, fourth in field goal percentage at 63% and third in the BIG EAST with eight rebounds per game.

The team has a talented frontcourt in senior Paul Scruggs and redshirt first-year Dieonte Miles. Scruggs leads the league with 7.1 assists per game and ranks third with two steals per game.

However, the team has struggled finding their backcourt. Some players to watch out for are sophomore Kyky Tandy, first-year guards Dwon Odom and C.J.Wilcher and Hampton transfer Ben Stanley.

These two teams are meeting for the 78th time Sunday and the Golden Eagles possess a 53-24 overall record against the Musketeers in a series that dates back to 1958-59. Marquette has dominated as of late, claiming six of the last eight matchups. Back in the Al McGuire era, between 1969 and 1983, MU held a 26-game win streak over XU.

During the 2019-20 season, the Golden Eagles swept the Musketeers, including the most recent 84-82 victory at Cintas Center Jan. 29. After Howard had left with an injury, Sacar Anim and Koby McEwen stepped up in the second half, at one point scoring 17 consecutive points.

While Xavier will look for its first conference win, Marquette will attempt to remain undefeated in BIG EAST road games. The next time these two teams will meet is March 6 at Fiserv Forum in what will be the final game of league play for both teams.