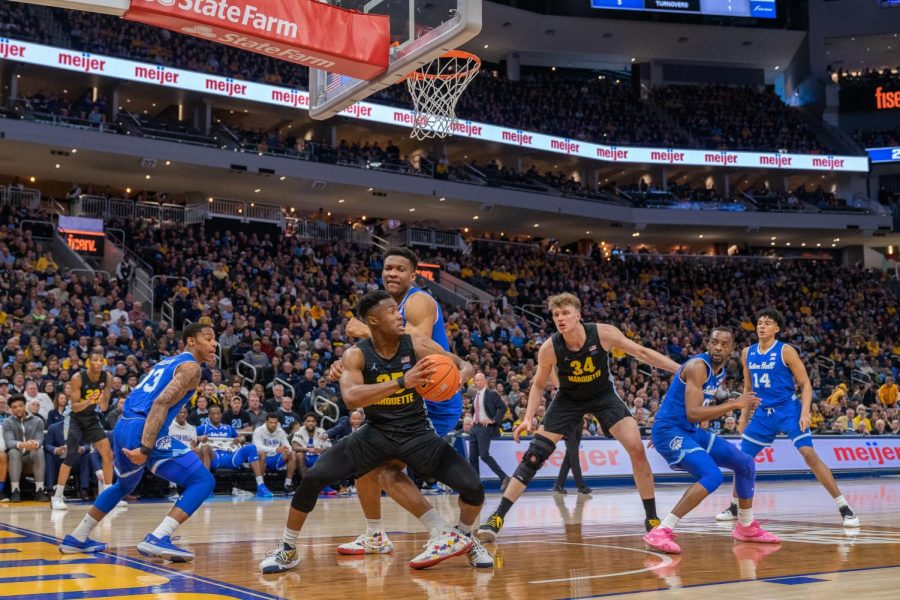 Marquette welcomes the Seton Hall Pirates into Fiserv Forum Thursday for its second BIG EAST game of the season.

After getting off to a great start in conference play by defeating No. 9 Creighton in Omaha, Nebraska, the Golden Eagles now sit at 5-2 on the season.

Seton Hall is 4-3 on the year and 1-0 in BIG EAST conference play, with wins against Iona, Penn State, Wagner and St. John’s.

The Pirates lost to Louisville in a one-point game, Oregon and Rhode Island. They had No. 2 Baylor on their schedule, but that game had to be cancelled due to Baylor head coach Scott Drew testing positive for COVID-19.

Seton Hall, like Marquette, had to be shut down in early November due to COVID-19. It did not affect any of the games on their schedule, but did impact practice prior to the season.

While Marquette lost guard Markus Howard, SHU lost a prolific talent in 2020 BIG EAST Player of the Year Myles Powell. Neither Howard nor Powell were selected in the NBA Draft, but both were signed as undrafted free agents.

Seton Hall also lost two other starters a year ago in guard Quincy McKnight and center Romaro Gill. However, they still have a lot of players with experience on the team, and their entire starting lineup is filled with upperclassmen.

The leader for the Pirates is 6-foot-11 senior forward Sandro Mamukelashvili. He scored 26 points along with nine rebounds and three assists in Seton Hall’s win over Marquette on MU’s senior day last season. He is currently third in the BIG EAST in scoring, averaging 20.4 points per game.

Another big man to look out for is junior center Ike Obiagu. The 7-foot-2 player is third in the conference in blocks, with 2.7 per game, ahead of Marquette’s Theo John who averages two per game.

Marquette holds a 19-11 record against Seton Hall in the all-time series, with all but one of those games coming after the Golden Eagles joined the BIG EAST in 2005. However, Seton Hall won the last four meetings.

The Pirates received two votes in the AP Top 25 Preseason Poll, but have not received any votes since. In week three of the polls, Marquette received 22 votes, but did not receive any after their loss to UCLA and before their win against Creighton.

Both teams will look to start conference play off 2-0 in this key matchup as the BIG EAST season is now underway. The next time these two teams will meet is Feb. 14 in South Orange, New Jersey.