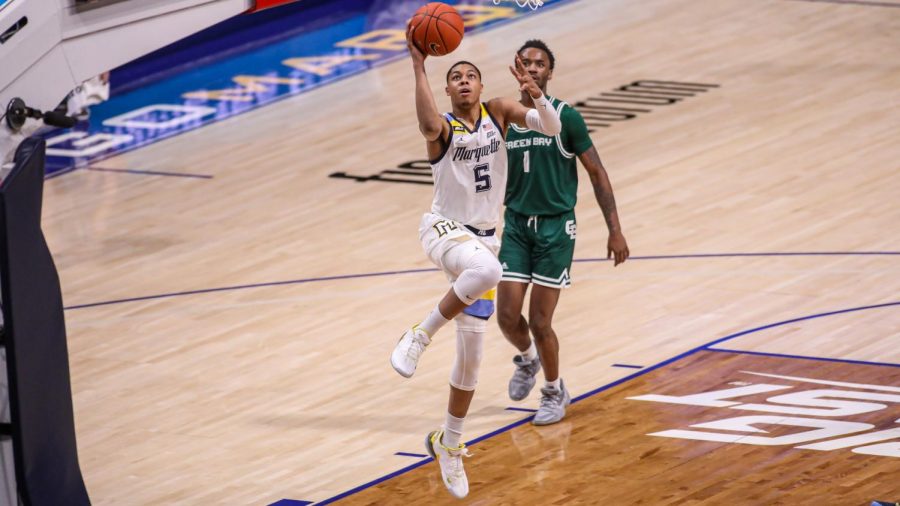 The BIG EAST released the remainder of the 2020-21 men’s basketball schedule on Monday after initially only releasing the first few conference games.

The games that were already released included the game tonight against No. 9 Creighton, the Seton Hall game on Thursday, Marquette’s matchup with Xavier on Dec. 20 and the game against No. 7 Villanova on Dec. 23.

For the first 12 games of the conference slate, the team will be going back-and-forth from Fiserv Forum. They will play one home game, then go on the road for one game and continue that pattern throughout the 12-game stretch.

They play Villanova for the second time just two weeks after their first meeting, where they will travel to Pennsylvania on January 8.

The team has not yet announced when National Marquette Day will be, however their second meeting with Creighton on Feb. 6 is a potential option. It is still unclear whether or not fans will be allowed in the arena by that time.

Marquette will play four of their final six games on the road, as they travel to Seton Hall, Butler, Connecticut and DePaul, with a home game against St. John’s in the middle of that stretch. The Golden Eagles will conclude the season with a game at home against Xavier.

Only four teams in the BIG EAST have played conference games prior to Marquette tipping off tonight against Creighton at 8 p.m. Central Standard Time.