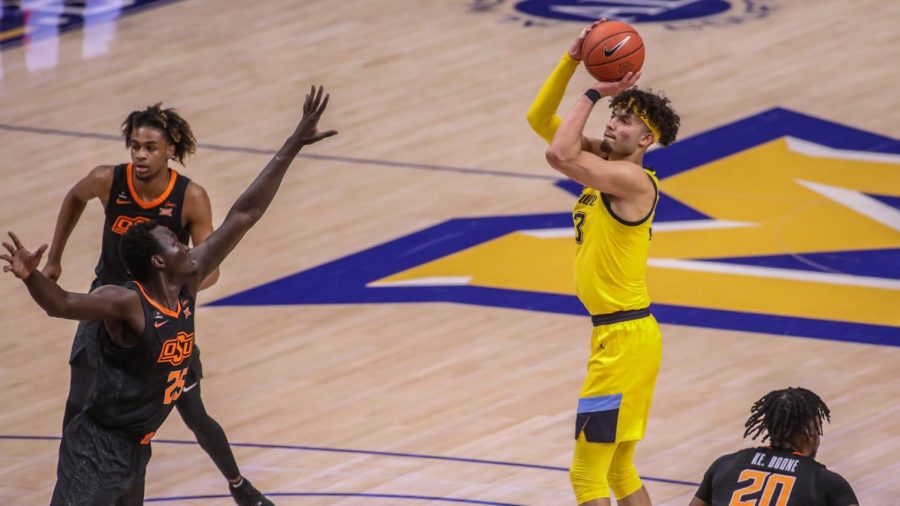 The Badgers will enter Fiserv Forum with a perfect 3-0 record, beating Eastern Illinois, Arkansas-Pine Bluff and Green Bay to start their season. All three games were played in Madison at the Kohl Center, Friday’s matchup with the Golden Eagles will be Wisconsin’s first test away from home.

Marquette will have their hands full in the frontcourt, as Reuvers and Potter are off to a hot start early in the season. The two are the team’s leading scorers, averaging 15 points and 14 points respectively, both are shooting over 60% from the field.

Trice has also played well in the backcourt throughout his first three games. The 2019 All-Big Ten Honorable Mention is averaging 10 points and a team-high 4.3 assists.

Sophomore forward Tyler Wahl has given the Badgers a nice lift off the bench, averaging 8.3 points, 5.3 rebounds, 1.3 assists and two blocks. The 6-foot-9 Lakeville, Minnesota native is also shooting 56% from the field and 83% from the charity stripe.

The Golden Eagles are coming off their first loss of the season against Oklahoma State on Tuesday. Marquette started off the season with back-to-back wins against Arkansas-Pine Bluff and Eastern Illinois before falling to the Cowboys.

MU has been led by a coalition of newcomers and veterans through their first three games. Redshirt senior Koby McEwen has been the team’s leading scorer, averaging 15.7 points per game. First-year forward Dawson Garcia and senior forward Jamal Cain are also among the program’s top scorers, averaging 13 and 11.7 points respectively.

The Golden Eagles have also been strong on the boards to start the season. The team is averaging nearly 47 rebounds per game after averaging just around 40 last season. Cain, senior forward Theo John and first-year forward Justin Lewis have been crashing the glass most, hauling in 80 of the team’s 140 rebounds so far this year.

The Badgers have also been stellar defensively, holding opponents to an average of just under 56 points per game. They have an average winning margin of 28 points, the third highest in the Big Ten Conference.

The Golden Eagles are 58-68 all-time against Wisconsin and have gone 5-5 in their last 10 matchups with their in-state rivals. In those 10 games, the home team has won just four out of 10 times.