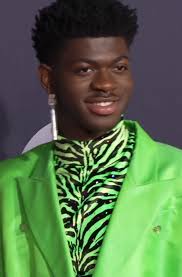 Lil Nas X released his latest single “Holiday” last week, where he debuts as Santa Claus in the year 2220. With this release, it became apparent that the “Old Town Road” singer isn’t acknowledged enough for being the revolutionary artist that he is.

Lil Nas X’s teasers for upcoming projects are designed and publicized as if they are major motion pictures. Lil Nas X announced “Holiday” in a commercial during Sunday night football. In the commercial, there are parallels seen between Tim Allen’s The Santa Claus series where Lil Nas X becomes Santa Claus. X uses the sleigh and reindeer to travel to the future, and Marty McFly (Michael J. Fox) in classic Back to the Future fashion, warns Lil Nas X never to travel to the year 2020.

The “Holiday” music video is not the first time Lil Nas X, a gay Black man, has worked to depart from the norm by portraying himself in environments that don’t traditionally feature individuals that look like him.

Previously, we’ve seen Lil Nas X as a Black cowboy in “Old Town Road,” the song which broke the Billboard record for the longest song at number one in the top 100. In his following single “Panini,” X plays a robotic man, an homage to the sci-fi genre, alongside actress Skai Jackson.

In “Old Town Road,” Lil Nas X mentions his non-traditional entrance into the music industry: “I snuck into the game/I came in on a horse.” While X quite literally came in on a horse in the “Old Town Road” music video, this line could also allude to the Trojan horse. Much like the Greek Myth, X came in unassuming but quickly took over. Lil Nas X also proudly references both his sexuality and success by singing, “I might bottom on the low/but I top shit.”

At just twenty-one years of age, Lil Nas X not only establishes new norms for minorities in the music industry but breaks boundaries for artists in general. “Holiday” displays this with its intrepid video and lyrics alike. “Holiday” clearly serves as new-found confidence for Lil Nas X going forward.

So, what should you expect from him next? Lil Nas X has teased an upcoming album with an unknown release date. Whichever genres or visuals come next, it is clear Lil Nas X will take nothing less than a daring route for it.

This story was written by Randi Haseman, she can be reached at randi.haseman@marquettte.edu.