KOCH: Leftist liberals must use Joe Biden’s win to educate 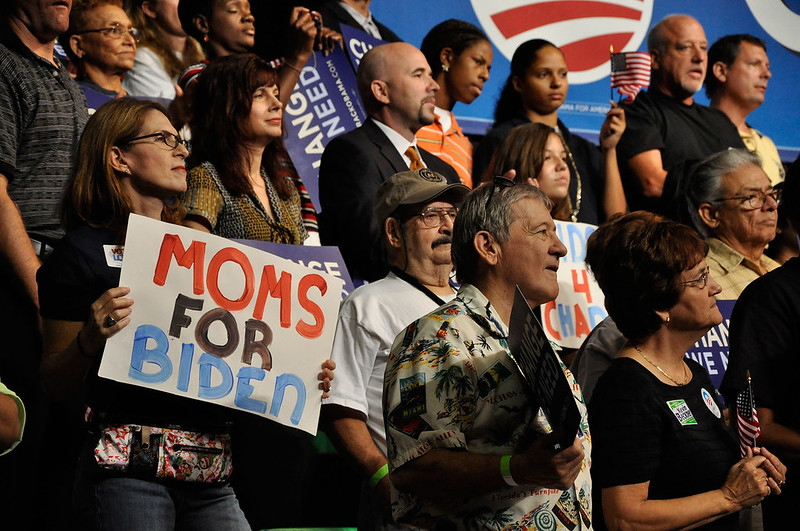 Left-leaning progressives must attempt to educate centrists rather than criticize them so heavily. With President-elect Joe Biden taking office in January, leftists must see his presidency as an opportunity to bring more people further left.

The divide of the American left is between moderates, also known as liberals to some, and progressives, many of whom consider themselves socialists or leftists. The main difference is that moderate liberals believe in reforming capitalism, while leftists believe a new, non-capitalistic system must be created. Because of this, it is no secret that many people on the left were not thrilled about Biden’s win in the primaries. Movements such as “Settle For Biden” started, which attempted to unify former Bernie Sanders and Elizabeth Warren supporters behind Biden.

Those movements were successful, as Biden won the 2020 presidential election. However, in the days following the news of Biden’s win, the left voiced many different opinions on the results. Many followed the news with a sigh of relief, while others took this as a time to celebrate. The streets of major U.S. cities like Washington D.C. filled with Biden supporters, welcoming in the president-elect while saying “good riddance” to President Donald Trump. However, not all individuals on the left were so excited about Biden’s win. Many took to social media to share their thoughts. A sense of pessimism erupted among leftists, many of whom made jokes about the similarities between Trump and Biden. These similarities included being two rich white men with mental cognition problems. Many leftists are disillusioned by the fact that the two parties aren’t so different, besides the fact that Democrats aren’t openly bigoted, at least most of the time.

I understand their attitudes. I wasn’t thrilled when I heard Vice President-elect Kamala Harris defend fracking during her debate with Vice President Mike Pence or the fact that both candidates have sexual assault allegations. It can often feel like the U.S. will never make the progress it needs to. However, I voted for Biden, not because I like his campaign or because I like the Democratic party. Trust me, I don’t. I saw voting for Biden as a small step to getting a power-mad individual out of office so leftists could focus on building our communities. It’s difficult to fight for left-wing causes when many of our members are struggling due to the Trump administration, which halted stimulus negotiations in early October, stating they wouldn’t begin again until after the election.

People of color and those living in poverty are at high risk of getting COVID-19, according to the CDC. Working-class people of color have always laid the foundations for leftist organizations and communities. Without their survival and success, the left will become weaker.

Leftists cannot do activist work effectively unless their basic needs such as income and health care are met. Without the necessary resources to be healthy both mentally and physically, we cannot write, educate or build communities with one another. Although a Biden presidency won’t fix these problems overnight, his administration’s plans for more COVID-19 testing, national mask-wearing and distribution of an affordable vaccine should help the many who are struggling due to the pandemic. However, we will need to push moderates along with the Biden administration to address the reasons why certain groups are struggling far more than others.

That’s the problem leftists have with the Democratic party; It claims to be a party for equality, yet it can’t recognize that capitalism is a part of what causes hierarchy in the first place. This realization was something that radicalized me when I was just beginning to learn about politics.

In 2016, I was an avid Hillary Clinton supporter. Granted, I was 14 and was unable to vote. During this time, I began to educate myself on the flaws in both parties and realized that there was far more to politics than the two parties in the U.S. However, over the course of the Trump presidency, I began to understand that a woman in a position of power wouldn’t create a feminist society overnight.

The Trump administration radicalized me further left, and although we now have a Democrat in the presidency, leftists should attempt to ally with Biden supporters and encourage them to be critical of his administration. It is even more important to do this in Biden’s administration compared to Trump’s because many moderates were hoping to “go back to brunch” after a Democratic win. The phrase came about during the first Women’s March. However, if I had been met with negativity as a young liberal, I would have been less inclined to move further left. When met with that energy, many people tend to shut down and refuse to hear the other side. We cannot continue to treat liberals and centrists as lost causes.

There needs to be a balance between rightful criticism and collaboration with the candidates. While leftists can make jokes about Harris being a “feminist girl boss” and Biden being, well, another rich, old white man, we need to let others on the left know the deeper meaning behind those jokes. We need to encourage them to research why capitalism is incompatible with feminism and why we will continue to have rich, old white male leaders unless we break down hierarchical systems.

Even so, the night of Biden’s win I felt something I hadn’t in a while: I was hopeful. It’s fine to feel that way, even after the initial win. Along with that hope, we must remember that hope can only get us so far.

The real work begins in reaching out to moderate friends or family members and sending them information about current issues. For example, this Thanksgiving, send friends and family links to Native American organizations as the holiday draws near. Doing so can not only help tribes in need but also lead to further conversations about the impacts of colonialism on Indigenous people.

This seems small, but educating the people around us is an easy and important step almost everyone can take. We cannot return to normalcy just because our president seems to care about oppressed people. The sooner leftists begin to educate moderates on this idea, the sooner we can get to a more equitable society.