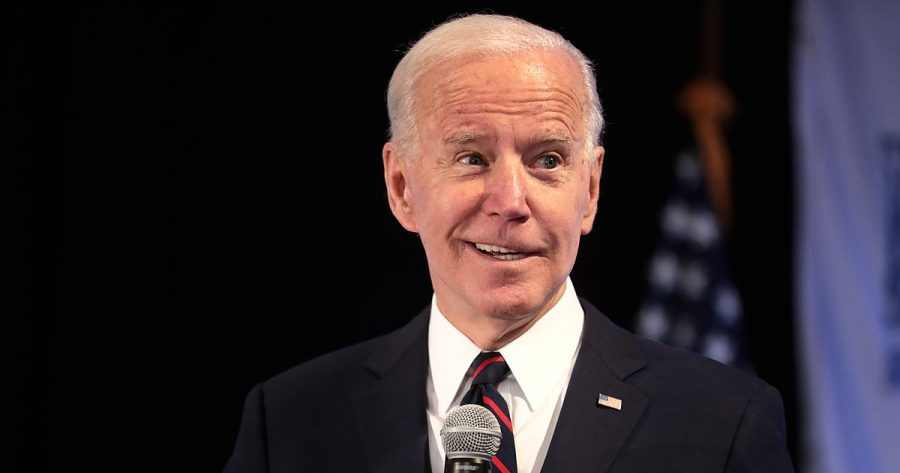 President-elect Joe Biden will be the second Catholic president to hold office. Photo via Flickr

President-elect Joe Biden has the unique opportunity to unite both Republicans and Democrats as the second Catholic to ever take office and with his progressive political agenda.

Pope Francis became the most recent world leader to congratulate Biden on his projected victory in the 2020 election Nov. 12. According to the Biden-Harris team, Biden and Pope Francis discussed different policy approaches in regards to President Trump’s agenda. On the phone call with Pope Francis, Biden expressed hopes to connect his faith with his policies, as both he and the Pope expressed the necessity of focusing on the dignity, equality and equity of all human beings.

It is clear that Biden’s Catholic faith enables him to see the world and this nation in a different light, a more hopeful one than that Trump’s. Biden is a person of faith — one who puts his neighbor first and connects his faith to the fight against injustices everywhere. Biden expressed to the Pope that his agenda will focus on the well-being of the most vulnerable in society, address climate change and welcome all immigrants and refugees into the United States. Biden further explained that the Scriptures call us all to serve, act for justice, create hope and healing, speak of good and perform good deeds.

Catholics often express their desire to vote Republican due to the “pro-life,” otherwise known as anti-abortion, aspect of the party’s policies. However, there is much more to the word “life” than unborn infants. Though Biden’s agenda does not align with certain “single-issue” voters on the topic of abortion, it is clear that Biden respects the dignity of human life. In order to truly be pro-life, it is essential to work for and with the lives of immigrants, LGBTQ+ individuals, women, those affected by climate change and all underserved individuals.

Biden has shown constant support of LGBTQ+ individuals and their rights. His agenda for women’s rights in the workforce and health care proves his commitment to fighting for women’s rights and equality. His immigration policy, which directly conflicts with that of Trump’s, is a direct and concrete example of “loving thy neighbor,” a Catholic cornerstone.

Through these policies, agendas and commitment to bettering the lives of the most vulnerable in America, it is clear that Biden is pro-life. Biden’s faith outreach director, Joshua Dickson, further explained Biden’s agenda, saying that “the Biden-Harris agenda deeply exhibits and embodies … social justice, loving our neighbors as ourselves, being our brothers’ and sisters’ keepers and working to ensure everyone has the chance to achieve their God-given potential.”

Biden sees his Catholic faith as an opportunity to unite this polarized nation. His agenda embodies that of Catholicism, while also tying in the progressive hopes of the Democrats in his mission to serve all underserved individuals. He believes that Catholicism provides a common ground for Republicans and Democrats, which is what this country so desperately needs. Biden’s strong Catholic faith provides an opportunity unlike any other to truly connect with members of the opposing party. The Republican party is known for its deep connection to religion and faith.

The general population of Republicans express that religion and churches generally do more good than harm in American society, strengthen morality in society and bring people together. Thus, it should be relatively easy for Republicans to connect with Biden and discuss different policies and legislation through similar moral compasses due to their connection with religion.

It will be key for Biden to remain steadfast and consistent in his policies that tend to lean more liberal, while also using his faith to uplift this nation from its current state of division. While he pushes for an annual raise of admission of refugees in the U.S. to 125,000 — a 110,000 increase from Trump’s current rate — it is essential that Biden uses proper Catholic social teaching to appease members of the Republican party.

Biden is doing the right, moral thing by pushing for a larger admittance of refugees. It is done out of love, faith and the pursuit to better the lives of those who are most vulnerable in this country, all of which are Catholic ideals. Biden encompasses this, as he explained on World Refugee Day in 2019 that “(t)ogether we must all work toward a more resilient, inclusive and hopeful future for our world.”

Biden’s transformative agenda, tied in with his Catholic values, provide a glance at what could come to be throughout the next four years: a more welcoming society, a deeper commitment to justice, a less-divided government and a passion to allow faith and love to positively affect the lives of the most vulnerable.

This is our country’s chance for unity and progressive change. It will be essential for both parties and all citizens to remain open-minded throughout the Biden-Harris term. Progressive change is unlimited when looking at Biden’s agendas, and unity is on the horizon. By the time his term is over, if Biden unites the two parties while also enacting progressive legislation and policies, it will be a job well done.