As end of semester draws near, anxiety regarding layoffs persists 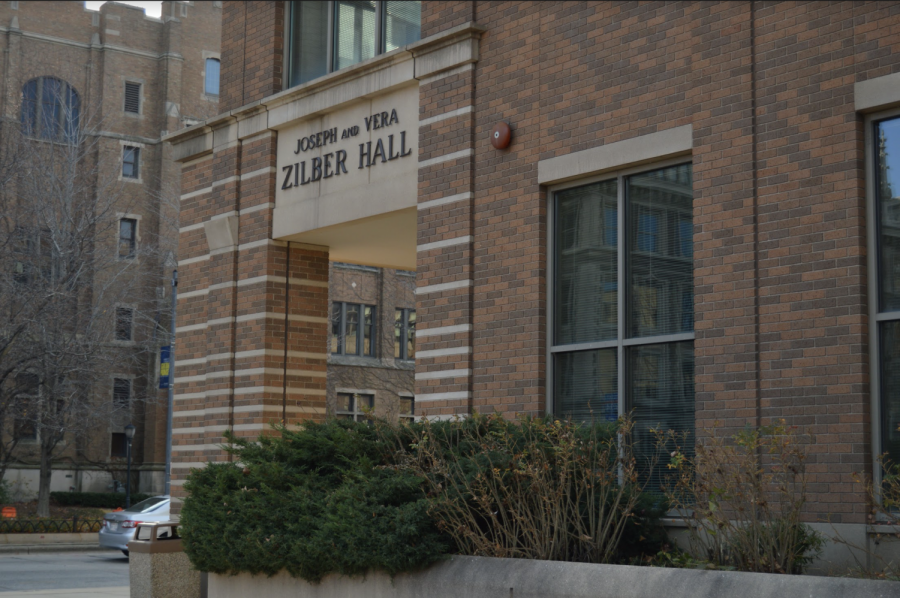 Hundreds of positions are expected to be eliminated.

It has been nearly two months since Marquette University administration announced hundreds of faculty layoffs due to a $45 million budget shortfall as a result of COVID-19 and supposed demographic challenges.

Provost Kimo Ah Yun said that while the university has made reductions elsewhere, such as furloughs, operating budget reductions and voluntary retirement programs, they are not sustainable.

“We must do more to realign the university’s structure with future expected revenue levels,” Ah Yun said in an email. “To position Marquette for a strong future, we must thoughtfully and strategically identify more permanent solutions, such as headcount reductions among staff and faculty.”

Approximately 225 to 300-plus positions are expected to be eliminated. Ah Yun said most of these reductions are planned for prior to the 2022 fiscal year, which will begin begin the summer of 2021.

Marquette employs 2,811 faculty and staff members. This would be an 8-10% cut, possibly more.

“These reductions will take place across the entire university,” Ah Yun said in an email. It is unclear how many of these positions are faculty, and how many are staff.

A Nov. 16 statement from the Executive Committee of the Board of Trustees said this is a “critical time” in the university’s history, as it faces financial challenges.

“The very tough decisions we will have to make that will impact staff and programs will be made with deep consideration and discernment reflecting our dual commitment to cura apostolica – the responsibility for the long-term well-being of our university,” the statement said. “We must take seriously the impact that inaction would have on the mission of Marquette University and the generations of students to come.”

Some adjunct professors, which are professors hired on a contractual basis and are ineligible for tenure, fear they will be first on the chopping block.

“There are people that really can’t afford to lose (their) jobs,” Miranda Trimmier, an adjunct professor of English, said.

Sue Giaimo, an adjunct associate professor of political science, has been at Marquette for nearly 17 years. She said she’s concerned about her job security.

“They haven’t said anything, who’s going to get cut, who isn’t, and there’s some talk that they want to get rid of adjunct, particularly (those) that get an annual salary, pensions and healthcare,” Giaimo said.

“It’s demoralizing to be told, in effect, that your work doesn’t matter,” Giaimo said.

In 2020 Marquette was ranked 18th in the country for undergraduate teaching by U.S. News & World Report.

“We are the reason why Marquette is ranked as well as it is,” Giaimo said. “It doesn’t make sense to gut your teaching.”

While she is concerned for her job, Giaimo said she is also worried about a decline in educational quality at the university.

She said Marquette’s small class sizes, relationships with students and interdisciplinary programs is what she has enjoyed about Marquette. However, some of those things may disappear. Giaimo said class sizes will likely increase and course and program offerings will likely decrease.

Gooding also expressed fear for his job. He said administration is looking to downsize many departments by 20-25%. Departments like theology, Gooding said, have costs that are mostly instructional — paying professors and staffing classes.

“That’s the only clear directive that’s been given as far as the reductions being made,” Gooding said.

Trimmier described a lack of communication and justification for the large-scale layoffs, as well as a defensiveness of administration in response to student and faculty speaking out.

“Why so defensive if what they’re doing is the right thing?” Trimmier asked.

“We haven’t gotten a lot of information, and I don’t think they’ve proven their case,” Giaimo said. “This could alter the university in really fundamental ways that would be to the detriment to the university, the broader Milwaukee community and especially students.”

“I find it very alarming that I can’t tell what administration’s vision for Marquette is,” Trimmier said. “They’ve gone straight for faculty jobs, so it doesn’t feel like teaching is a priority.”

Trimmier said the university’s current plan seems vague and shortsighted, rather than a holistic or coherent vision of what will make Marquette worth going to in the future.

Ah Yun said the steps taken in light of Marquette’s financial setbacks are being made to sustain the university’s mission of “commitment to academic and research excellence” and to continue to be a “leader in Catholic, Jesuit education.” The Jesuits at Marquette have voiced disagreement.

In an open letter to the administrative officers at Marquette, Rev. Gregory O’Meara, rector of Marquette’s Jesuit community and associate professor of law, offered reflection on the university’s liberal arts programs.

“We must produce alumni who have a heart for those who suffer in this world, who are unafraid of asking the big questions whose answers are elusive and often intractable, who are willing to speak to the wider world,” O’Meara said in the letter. “To this end, a solid grounding in the humanities is indispensable. Yes, this is a tall order, but the integrity of a comprehensive Jesuit education explains why our institutions have survived while others have failed. We face an unknown future, and we face it together.”

O’Meara said Marquette should not figure out how much money it has and then spend it, rather look to the values rooted in the Society of Jesus and the university’s founding documents.

“Marquette is not a business; rather, it is an apostolate of the Society of Jesus,” O’Meara said. “We understand that some financial realignment is necessary, but our budgetary constraints cannot dilute what a Jesuit education demands.”

“They’ve created these workgroups as a way to make it look democratic, like they’re including faculty,” Giaimo said.

But those involved in these workgroups are forced to sign nondisclosure agreements and cannot divulge what they are doing, Giaimo said.

“I don’t see shared governance at all,” Giaimo said. “I think a lot of faculty are very upset that these cuts are being made by people in administration that who won’t feel the affect.”

Faculty also voiced concerns about Marquette’s commitment to racial equity and justice. Earlier in the semester, along with the cancelation of the REIS cluster hire, the university announced that the Hispanic Serving Institution initiative was no longer part of its strategic plan.

Giaimo said in the last 5 years she’s seen a real commitment to educational diversity, just in her classes alone she has seen more students of color.

“I question their commitment to racial diversity,” Giaimo said. “Shifting the direction away from that commitment is going to very harmful to the institution.”

Gooding said administration is pushing the narrative that the cuts being made are not just due to COVID-19, rather a “demographic cliff” the university will face in 2026.

“The messaging we’re getting is that we’d rather be smaller and less diverse than to try,” Gooding said.

Gooding said administration seems very dead set in its path — that the budget shortfall can only be solved through layoffs.

“I hope administration listens to the people who make this university what it is,” Giaimo said.

“It seems to be this shortsighted, nuts-and-bolts, business-minded kind of response, and that’s scary,” Trimmier said. “What is the university going to be like for who’s are left?”