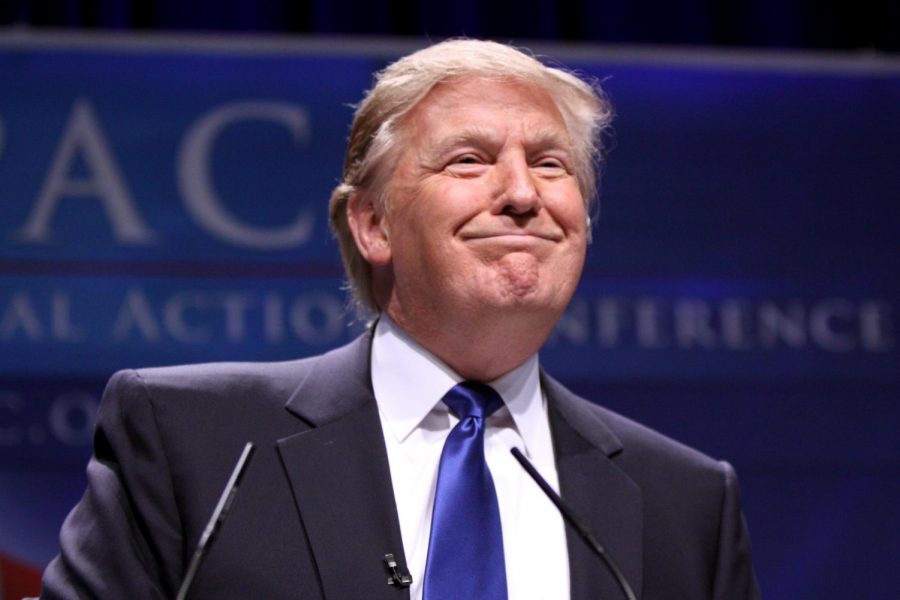 While President Donald Trump has a right to ask for a recount in states that have results within recount margins, it is completely unpresidential of him to assume voter fraud when there has been no evidence to substantiate his claim.

Former Vice President Joe Biden and Senator Kamala Harris were projected and later declared the 46th president and next vice president of the United States Nov. 7. Biden secured 290 electoral college votes to defeat Trump, with Pennsylvania pushing him pass the 270 threshold. Not only did President-elect Biden secure 290 electoral college votes, but he also won the popular vote by over 4 million votes.

Trump has asked for a recount in Wisconsin, and he has filed several different lawsuits in battleground states like Michigan, Arizona, Nevada, Pennsylvania and Georgia, all of which went to Biden.

While Trump has the right to ask for a recount, it is a completely different thing to form conspiracy theories and spread misinformation about the election process. Trump and his campaign, as well as Republicans across the country, alluded to the fact that Sharpies, mail-in ballots and counters rigged the election process, prompting him to lose the election.

This past Thursday, Nov. 5, as swing states such as Arizona, Nevada, Pennsylvania, Michigan, Wisconsin and Georgia began to favor Biden, Trump said that there were illegal votes that were counted, which ultimately allowed the Democrats “to steal the election.” In actuality, these “illegal votes” were mail-in ballots.

He expanded on this claim, explaining that all Americans are entitled to an equitable and honest election, but this plea for an honest election is factually inaccurate. Neither Trump nor his campaign have presented any evidence of illegal ballots being counted.

Furthermore, Trump said that when several different news networks, such as FOX News and NBC, projected Biden as the winner, it was yet another example of forces working against him.

After Biden and Harris’ victory on Saturday, it seems as though Trump will refuse to concede, ultimately undermining the transfer of power and continuing to pursue legal action against the alleged voter fraud, which, again, lacks any evidence of ever occurring.

Trump’s attempt to discredit the integrity of the presidential election results, as well as his hopes to ultimately use legal action to block the completion of vote tallies, has not only raised fears among the American public but also his own aides.

Trump’s associates and aides have also expressed that Trump is extremely unlikely to concede the race, no matter the regard, in a traditional way, such as a concession speech and phone call to President-elect Biden.

Full transparency, honesty and accurate representation of where votes were cast is necessary to the American democracy. The people deserve to know the actual winner. This election, contrary to Trump’s falsities and claims, was one of equity and fairness.

Between Trump and Biden, it was clear who was acting like a president throughout the entire election process.

In the final presidential debate, Joe Biden recognized that institutional racism plagues the U.S. He could not be more spot-on with this analysis. It is a real problem, one that disproportionately affects Black and Indigenous people of color. The least anyone can do is recognize how detrimental institutional racism is to American society.

Meanwhile, Trump was too set on his ego and his personal gain, and instead of taking time to recognize and call out persisting racism, Trump instead claimed that he was the “least racist person in the room.” This is a lie. Trump has a history of racist ordeals.

Prior to Trump’s presidency, he was sued by the Department of Justice for not renting to black individuals. He has also refused to condemn white supremacists several times, both in the 2016 election and the 2020 election. Trump also questioned whether or not former president Barack Obama was born in the U.S. When referring to different demographics, minorities specifically, he enjoys using the term “the” before referencing a certain group, such as saying, “the Blacks” or “the Muslims.” He has condoned violence against Black Lives Matter protestors.

Furthermore, Trump also shared a video of a man chanting “white power” on his Twitter account. Again, it is clear that Trump failed to condemn racism and prejudices that are so prevalent in America, which makes it impossible for him to be the “least racist person in the room.”

The past four years are evident of his inability to put his country before his own wants and ego.

The president of the United States must be an individual who is committed to serving all people, not just people who look like and support them.

Biden aims to unite, while Trump aims to divide.

America needs unity, leadership and hope right at this very moment. Biden and Harris are the only candidates that could provide those necessities.

In Biden’s first remarks after being elected into office, he expressed the importance of healing, unity and passion to create necessary change, equality and equity. He also stated that he is not in office to only represent the Democrats, but rather he is in office in order to best represent the American people, no matter their party.

Vice President-elect Kamala Harris, who is on track to be America’s highest-ranking woman in the history of the country’s existence, also added her hopes for women in America, “while (she) may be the first woman in (office), (she) will not be the last.”

As celebrations erupted across the U.S., it was clear that the people’s choice for candidate were elected, and rightfully so. These celebrations make it clear that Biden and Harris have the opportunity to unify a country that has been polarized and divisive four the past four years.

Biden and Harris are for and with the people. They will do the exact opposite of the Trump administration by promoting unity among all people in the U.S.

This election will be one for the history books.

It is fair to say that I was forever proud to wear red, white and blue Nov. 7. The American people elected the candidate who would best unify this distraught nation.

Yet, I understand that this is only the beginning. Change and love must be infused into our nation, its people and its systems so that unjustly disenfranchised communities in our society get justice and equity. As an American people, we must call Biden and Harris to pursue change and work against unjust, inequitable institutions.

The time starts now. Let’s get to work.