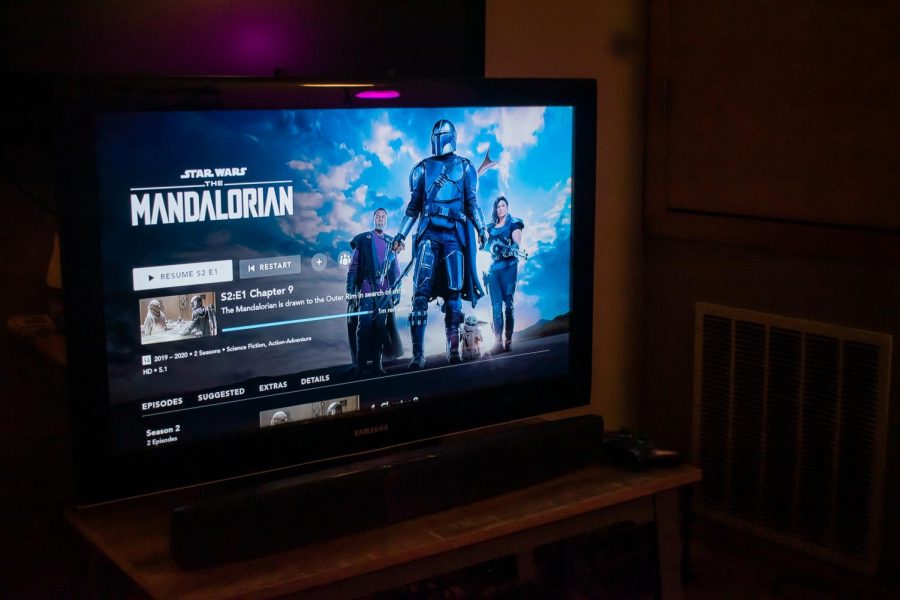 The second season premiered Oct. 30, and new episodes are being released every Friday.

What a time to be alive! Star Wars fans around the world have been buzzing about the new season of The Mandalorian, as Jon Favreau, the multi-faceted creator of the show, did an outstanding job with the first season. The second season premiered Oct. 30, and new episodes are being released every Friday.

The season finale left many on the edges of their seats, with many questioning the future of the main character, the Mandalorian, played by Pedro Pascal. He also played Agent Javier Peña in Netflix’s Narcos. I will be primarily discussing the first episode, and how I think it will set up the rest of the seaseson, so if you have not seen it yet, please punt your copy of the tribune right now, go watch it and piece your newspaper back together to finish reading this article.

The first episode of season 2 titled, “Chapter 9: The Marshall,” was absolutely fantastic all around. It directly referenced so many events and objects from the original Star Wars trilogy, and after reading some reviews online, I learned it definitely got many other Star Wars fans excited as well.

The episode took place on Tatooine, a planet and place that many Star Wars fans hold dearly in their hearts. The Mandalorian heads into a town once dominated by bandits to search for another of his Mandalorian kind that he had been hearing about. It all takes a wild spin after that. The sheriff, who is wearing Mandalorian armor, is asked by the main character to give the armor back, which Mandalorian has to earn by defeating the Krayt Dragon, a beast that had been harassing the sheriff’s town and eating all the livestock. The wild thing about the armor, though, is that it appears to belong to Boba Fett, an iconic Star Wars character from the original Trilogy who supposedly died in “Return of the Jedi,” but his alleged death is disregarded with the ending of the episode.

The ending of the episode was absolutely incredible. In just the last 20 seconds, the Mandalorian is seen riding off into the iconic Tatooine double sunset with the sheriff’s armor after defeating the beast while a mysterious man appears to be watching him ride off. When I watched this the first time, I just thought it was some random guy who would be introduced later in the show. I originally thought he would e giving the Mandalorian some trouble, as he had a scowl on his face. However, this scowl was much more significant than I thought. The man is visibly angry, likely because the Mandalorian has something that belongs to him, and I think this is where the armor comes into play.

After reading many in-depth articles online, I have come to the conclusion, along with many others, that this man is, in fact, Boba Fett. I mean, I have goosebumps just thinking about it. How crazy is that? It all makes sense, though. The Mandalorian defeats the Krayt Dragon by literally getting eaten by it and blowing it up from the inside. Sound familiar? Boba Fett gets swallowed by the Sarlacc in “Return of the Jedi” and seemingly dies, but the fact that Mandalorian defeated the dragon in this way seems to be a direct reference to Boba Fett escaping his challenger in the original trilogy. It just makes too much sense. And the armor is almost a dead giveaway.

I am excited to see who this man is revealed as, and I really hope it doesn’t disappoint me. I would look so stupid if it is not Boba Fett. You guys can write me hate mail if it’s not him because that is absolutely what I deserve; my email will be right underneath this article. I also hope to see some lightsabers soon because they are super cool, and it would probably be so fun to have one. Overall, the first episode did not disappoint, and it set the table for an absolutely wild season.