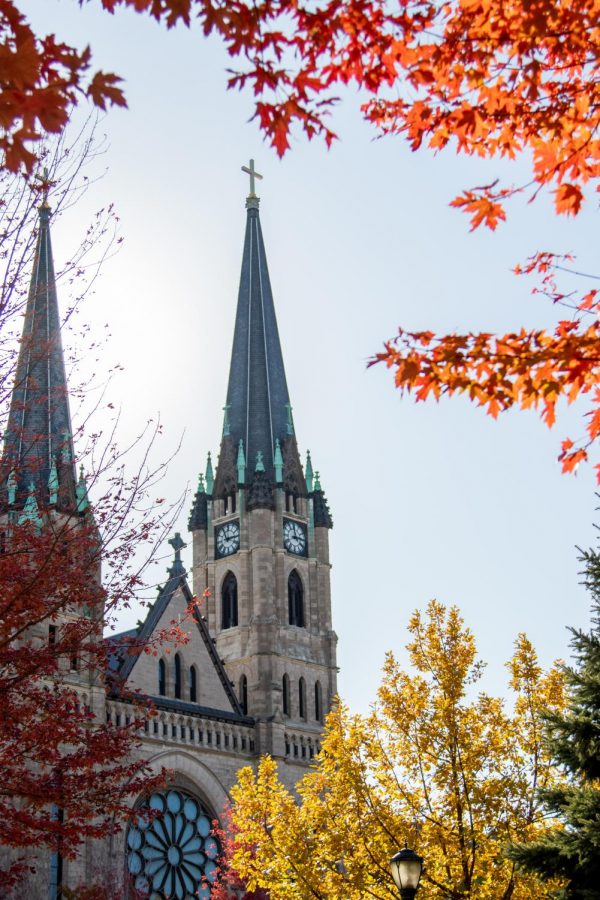 With the Halloween season behind us, the holidays are now being pushed to the forefront, with radio stations beginning to play Christmas music and Hallmark’s Countdown to Christmas movies already up and running. The resurgence of holiday themes has students remembering past Thanksgiving traditions as well as what this holiday may look like this year due to the pandemic.

Grace Marchello, a sophomore in the College of Arts & Sciences, said she is unsure as to what her family will be doing to celebrate Thanksgiving during the pandemic this year.

“I know my grandpa won’t be able to (be with us) because he’s still in lockdown at his nursing home,” Marchello said.

With the cases rising, Marchello said she doesn’t know if her extended family will or should come over. However, she said she remembers the fun traditions that they’ve had, even if they look different than

Growing up, Marchello said her family always had the tradition of getting up in the morning and making a turkey and other foods while having the Macy’s Thanksgiving Day Parade on. They would also watch the National Dog Show.

“Every year, we always root for the yellow Lab or a Labrador retriever in general because that’s the dog we have,” Marchello said.

Marchello  said her traditional role when it comes to preparing food is to make the cheese and sausage platter along with the fruit salad for the meal.

Bryce Laurin, a junior in the College of Health Sciences, said his family also has food-related traditions, though he is not in charge of preparing the food himself. Every year for the holidays, Laurin’s grandma makes a special dish.

“My grandma is from Poland and she has good recipes … every holiday, she always puts it out (sauerkraut and spare ribs),” Laurin said.

Laurin said that his family’s Thanksgiving traditions have remained unchanged  throughout his life. He said they would always go to his grandparents house on his dad’s side and get together with other family members to eat together. He also said they’d watch the football game televised on Thanksgiving.

“They’re all Packers fans, but I’m a Steelers fan… I remember the Packers and Lions played,” Laurin said.

Emily Udell, a junior in the College of Arts & Sciences, said she and her family have participated in and watched the Turkey Trot in her hometown. The Turkey Trot is a footrace that occurs on Thanksgiving Day.

“There’s the Turkey Trot in my neighborhood and the trail runs right past my house so every year we’d sit in our front window an wave to people as they’d run … the past years we did the turkey trot together twice together,” Udell said.

Udell said that on Thanksgiving, her mom makes a family recipe called cranberry fluff that’s been passed down through generations.

Udell said that she loves Thanksgiving, even if this year will look different. She said she doesn’t know what her family’s plans are.

“I love Thanksgiving and I love food like comfort food, and my family makes the best comfort food at Thanksgiving … I always remember getting way too full because I don’t know my limits and my night would end up with me and my cousin falling asleep on the couch right after dinner,” Udell said.

She said her cousin may come this year, but she thinks it will be more of a smaller gathering this year.

Meeting up with family was a big part of Thanksgiving for Udell just as it was for Laurin.

“It’s kind of interesting being that with family is my favorite part (of Thanksgiving) because this year it might not happen,” Laurin said.