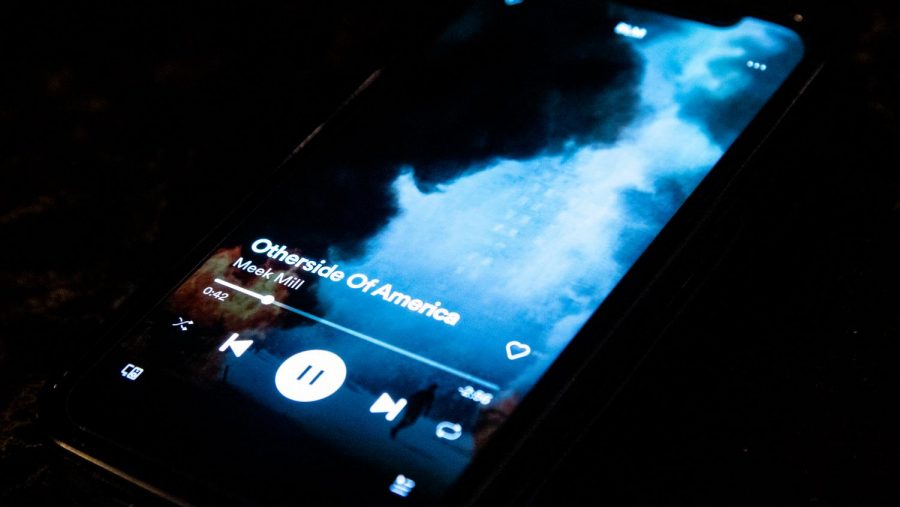 In the song, Meek speaks from personal experience in prison and on the streets of Philadelphia.

With the many shootings of Black people like Breonna Taylor, Jacob Blake and George Floyd by law enforcement in 2020 alone, the Black Lives Matter movement has gained momentum and proved to be a key topic in the 2020 election. People around the country are out protesting, creating conversation and fighting against systemic racism. But there’s another platform that is bringing light to this important issue: music.

Artists have released songs in response to these shootings as they protest the injustices in this country. As a result, both Spotify and Apple Music have released “Black Lives Matter” playlists, dedicated to the movement. Not only does this give artists a platform to fight for social justice, but it allows their listeners to think about current issues at hand.

Here are some of my favorites that I think are worth a listen.

Anderson .Paak (Brandon Paak Anderson) is one of the most soulful artists of modern music, so it’s no surprise that he’s on this list. He has been very vocal in fighting against police brutality for Black Americans and that’s exactly what this song is about.

“’Cause they (the police) throw away Black lives like paper towels,” Anderson raps.  “Killed a man in broad day might never see a trial. We just wanna break chains like slaves in the South.”

This song was released on Juneteenth, which is a holiday celebrating the liberation of slaves on June 19, 1985. The cover art for this song has a list of people who have been killed at the hands of the police with the caption “Rest in Power” over the names. One thing that Anderson did a great job of in “Lockdown” is sticking true to his style as an artist while also incorporating a meaningful message.

Coming from the words of Eric Garner and George Floyd before they were killed, H.E.R. also known as Gabriella Wilson titles her song something we’re all too familiar with. These were the last words of the two men right before they were choked to death by the police. Wilson offers up a lot of questions in her song, asking why cries for equality have gone unanswered for so long.

“What is a gun to a man that surrenders?” Wilson sings. “What’s it gonna take for someone to defend us? If we all agree that we’re equal as people, then why can’t we see what is evil?”

“I can’t breathe” is now one of the most common chants at BLM protests after the deaths of Floyd and Garner. Like Anderson, Wilson released this on Juneteenth to draw attention to the struggles Black Americans have had to go through.

This song might be my favorite of the three. Meek Mill, also known as Robert Rihmeek Williams, starts off with a quote from Donald Trump. In that recording, Trump talks about the poverty Black people live in, the poor schooling they have, and the high unemployment rates. This, according to Williams, is “the other side of America.”

He has a much more narrated approach to this song compared to Wilson and Anderson. Meek speaks from personal experience in prison and on the streets of Philadelphia.

“Uh, we was starvin’ for a thousand nights, livin’ like we tryna die tonight. Glock .40 sound like dynamite,” Meek raps.

He goes on to talk about the life of crime he lived as a kid and the struggle of growing up without a father. But on a bigger picture Williams is upset with the lack of care from the government. Areas like the neighborhood where he grew up were ignored by the police and disregarded from the rest of the country, as he said toward the end of the song.

This song was released June 5 in response to the death of George Floyd.

Creating conversation and drawing attention to an issue like police brutality is important in working to fix it. These songs are just a glimpse into how the music industry is doing just that. As Bono, the lead singer for U2 said, “Music can change the world because it can change people.”