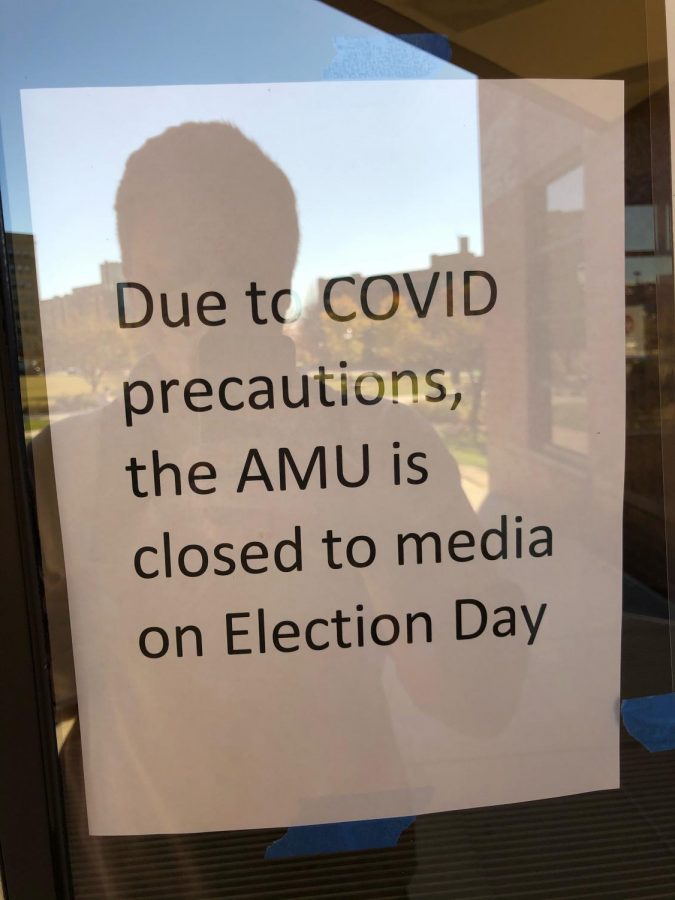 Media was denied access to enter the Alumni Memorial Union earlier today to observe the process of voting at its polling site.

University spokesperson Chris Stolarski said to help mitigate the spread of the coronavirus on campus, the university is asking media to conduct interviews and stand-ups outside the AMU to limit the amount of people inside the building.

“This is to help protect the health and safety of students, voters, poll workers and university employees inside the AMU … The purpose of us hosting a polling site is to facilitate voting — voter access is the priority,” Stolarski said in an email.

Assistant Chief of Police for Marquette University Police Department Jeff Kranz said the university is allowed to say press cannot go inside the AMU as it is “private property.”

However, Milwaukee County Elections Director Julietta Henry said that press is not allowed to be limited outside of polling places on Election Day.

Informed of the signs on the doors of the AMU, Henry contacted the City. The City later asked the university to take the signs down so press could observe the process of voting.

Designated areas in the AMU were made available for press to cover in order to protect ballot and voter security.

The signs were taken down later in the day.