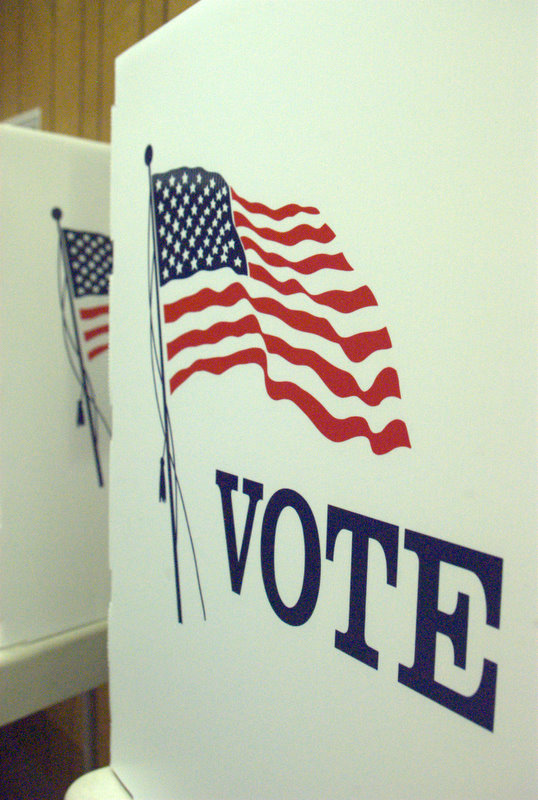 The 2020 presidential election was estimated to have the greatest voter turnout in U.S. history. Photo via Flickr

Voter suppression should always be something citizens fight against. The way we vote in the United States has many flaws and correcting those should be a concern of all Americans, regardless of party affiliation.

The 2020 election is unlike any seen in U.S. history. Although many have compared it to the midterm elections during the 1918 Spanish Influenza pandemic, the U.S. has a far greater number of people voting compared to 100 years ago because more of the population has the right to vote and more are motivated to do so.

Considering the gravity of this election, the U.S. has seen record-high voting turnouts, with 93 million Americans predicted to vote. The pandemic isn’t stopping the voters who have requested mail-in ballots, and polling stations will be enforcing social distancing measures to protect voters.

Still, many Americans face barriers and limitations that prevent them from voting. While data says half of those who can vote choose not to, it may not be a matter of choice for many of those people.

Most of the time, many citizens are unable to vote. According to the American Civil Liberties Union, 11% of U.S. citizens do not have an ID, an item needed to register to vote. The majority of states in the U.S. require a photo ID to vote, with only 14 states using other methods to verify voter identification, such as a bank statement with a name and address on it.

I was having some trouble with my verifying my identification when registering to vote because I do not have a driver’s license. Fortunately, I was able to use my state ID to register. To get that state ID, I had to drive 20 minutes to my closest DMV, wait for hours, and then, finally, I walked out with an ID. For anyone without a mode of transportation or the time to wait, getting an ID is nearly impossible.

Without access to transportation, voting can be difficult. And ID laws don’t really prevent voter fraud anyway. According to the ACLU, only 31 alleged cases of voter impersonation, which is prevented with IDs, were reported from 2000 to 2017.

Voter suppression isn’t always outright or blatant. Policies such as state ID requirements combined with the need for transportation or internet access to voting don’t seem like the government’s fault. However, by looking at the effects of these laws on oppressed communities, there is clearly a larger issue going on.

Twenty-five percent of Black citizens of voting age lack a government-issued ID, compared to just 8% of white citizens. Photo ID laws suppress Black Americans from voting, therefore making it difficult for their voices to be heard in the U.S. democracy. Black issues are then given less emphasis in government simply because there are barriers preventing them from voting. In almost all forms of voter suppression, people of color are disproportionally affected.

Not only are just Black Americans affected, but Indigenous communities are also deeply impacted by voter suppression. Up until 1965, literacy tests prevented the majority of Indigenous people from voting, and since then, voting has continued to be an uphill battle for Native Americans.

According to the American BAR Association, older Indigenous people who were born at their homes were not given birth certificates. This makes it much harder for them to obtain IDs, which are required in Arizona, South Dakota and Alaska, all of which have large native populations. Additionally, many native reservations are in rural areas where access to the internet and transportation is not guaranteed.

While voting by mail is an option, many Indigenous communities have non-traditional addresses, so they get their mail delivered to a P.O. box instead. For example, the Navajo Nation — the largest Indigenous nation in the U.S. — does not have an addressing system, and residents may only check their mail every few weeks as many post offices are far away.

Additionally, one of the most widespread and detrimental forms of voter suppression is laws prohibiting incarcerated people from voting. According to the National Conference of State Legislatures, only Maine, Vermont and the District of Columbia allow felons to vote. On the opposite end, there are 11 states where some felons lose their right to vote indefinitely. Those crimes vary between each state, but the common ones among them are murder, manslaughter, sexual assault and drug trafficking.

Almost 1% of voting-age Americans are incarcerated currently. Black Americans are also widely overrepresented in prisons, comprising approximately 38% of all inmates while making up only about 13% of the U.S. population, according to the Federal Bureau of Prisons and the U.S. 2010 census.

People often make the argument that inmate voting laws can seem like a fair trade-off, saying that if inmates have acted immorally, they shouldn’t get a say in government. Of course, the issue is far more complex than that, and the prison system is heavily intertwined with the systemic oppression of people of color in the U.S.

Furthermore, who is considered “bad” by law is dependent on the laws made by those who were voted into office. Additionally, our justice system is flawed and many are wrongfully convicted. Therefore, those affected by unjust laws cannot vote against the very laws and system that oppresses them.

The U.S. government upholds the status quo by preventing oppressed people from having a say in government. While anyone regardless of class, race or gender has the right to vote, voting still functions to protect the interests of America’s original voters: upper-class white men.

The U.S. is neglecting social programs necessary to fix problems that cause low voting turnouts, among a myriad of other issues.

A more efficient and inexpensive public transportation system could help voters get to the polls. Robust polling location planning, such as the mapping implemented in India that requires all voting locations to be no more than two kilometers from each voter, would make voting accessible to even rural citizens.

Furthermore, allowing felons to vote at all levels and removing state ID requirements would allow all voices to be heard in elections. Those are laws politicians can and should directly change.

While our nation is more politically divided than ever, both the Democratic Party and Republican Party try to stay true to the Constitution. Although I and many others question how useful a piece of paper from 200 years ago can be in today’s politics, if both Democrats and Republicans consider it important, then they should at least try to uphold the values stated in it.

The authors of the Constitution stated that “all men were created equal,” yet they owned slaves and wrote into law that only white land-owning men could participate in government. We should learn from our past and attempt to repair the hypocrisy our nation was founded on, starting with protecting everyone’s right to vote, which would provide equal opportunities for all citizens to have their voices heard in a country.