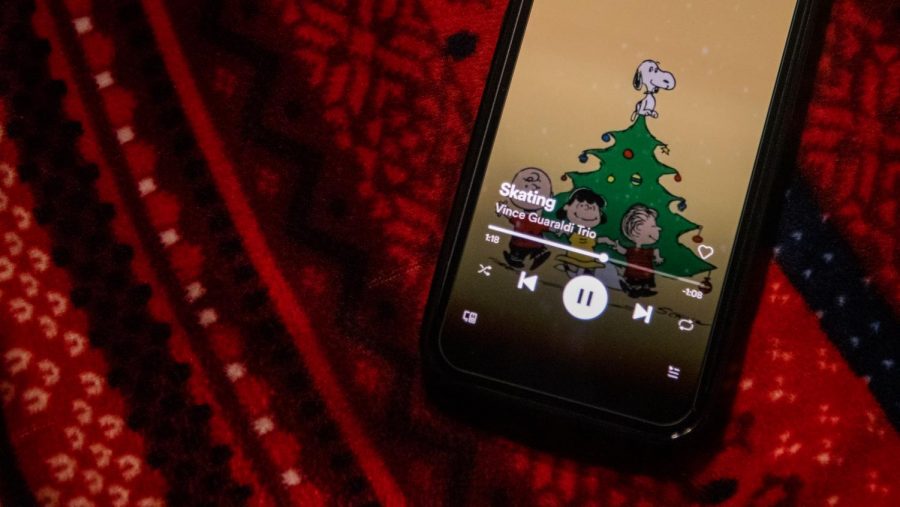 The shortest and most obvious answer is an emphatic yes. Every year I wake up the day after Halloween to the enlightening tune of “Skating” by the great Vince Guaraldi Trio, a musical staple first unleashed in “A Charlie Brown Christmas.” This song gets me fired up for the holiday season and I find myself uncontrollably attempting to do figure eights around campus while cloaked in my finest holiday threads. Am I a psychopath for this? Absolutely. The passersby probably have no choice but to assume I’m going through a mental crisis, but I know why I’m doing it. I quite literally live to spread holiday cheer. The people who think Nov. 1 is too early for Christmas music just don’t get it.

I am not writing to infuriate those who feel differently, but rather to explain why Nov. 1 is the date to start listening to holiday tunes. Here are some fire tracks to curl up next to a toasty fire with or listen to on your snowy commute to class or work.

Have Yourself a Merry Little Christmas – Frank Sinatra

Nothing needs to be said about this masterpiece of a song, but I’m going to talk about it anyway. When I hear Sinatra’s voice in this song it means Christmas is upon us. Literally nothing gets me more electrified for the holidays than this timeless classic. While Sinatra does most of the heavy lifting in this song, the melodic harmonies in the background make this song unbeatable.

Although Judy Garland recorded the original version of this song, I don’t even know why people try to recreate this song after listening to Sinatra’s rendition; they will never top his confident yet composed demeanor on such an enlightening track. There is simply no Christmas without this holiday classic.

The memories I personally link this song with are spending Christmas Eve with my extended family. We sit around and talk about life, but whenever this song comes on, I seamlessly abandon conversations about gaining pounds at college to belt out the entire tune, much to the dismay of my aunts and uncles, and the vivid disappointment written on my grandpa’s face. I will likely not be invited to this year’s Christmas Eve shindig because I think they’re getting tired of my voice, and perhaps because of COVID-19 this year as well.

This is another classic from “A Charlie Brown Christmas.” There are two versions of this song, one with vocals and one without. It’s easy to say the one with vocals is the better version because not many want to sit down and listen to an instrumental, but it’s quite the opposite.

I have internal debates with myself when November rolls around about which version rises above the other, and I simply cannot decide which one is better, so I just choose both. The collective soothing voice of the children’s choir takes me back to times of frolicking around a snow-covered yard with my pals and heading inside to be greeted by a nice mug of hot cocoa; maybe we’d even sprinkle a couple marshmallows in if we were feeling it! Overall, this tune does wonders for my holiday morale.

Dean! This guy actually does not know how to miss when it comes to holiday tunes, boasting timeless classics such as “Winter Wonderland” and “Baby, It’s Cold Outside,” but this song just gets you in the Christmas mood. I absolutely love it.

I am a big snow guy and I know many are not, so I understand some of the negative comments about it, but there’s no denying Dean Martin’s comforting, yet stern voice. This song also reminds me of the kids that would ask for snow as a Christmas present and I just never understood that. I get internally wishing for snow, but once you say you want it out loud as a Christmas present in front of a dozen or so people you deserve backlash. Quit being a poser and just ask for a Lego set or something like the rest of us. Overall, Dean kills it on this track, and I look forward to throwing it on throughout November.