Ariana Grande’s Latest Album is a Blast From the Past 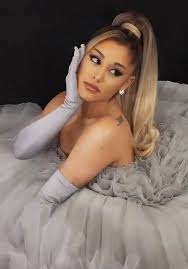 Ariana Grande has taken the music world by storm, yet again, with the release of Positions this past Thursday. This is the singer’s first album since Thank u next was released in Feb. 2019. Positions is reminiscent of Grande’s earlier work, with more of her falsetto and whimsical instrumentals being featured. In contrast with Thank u next, Positions appears to be much more delicate. Ironically, this album features some of Grande’s raunchiest lyrics yet. In particular, ‘35+34” sparked great controversy on Twitter, just hours after the album’s release.

While Positions features more mellow tracks, reminscent of  Yours Truly and Sweetener, two of Grande’s previous albums, the lyrics encapsulate the confidence Grande emitted in Thank u next.

Positions debut 14 songs and features artists such as Doja Cat, Ty Dolla Sign, and The Weeknd. The album opens with “shut up”, in which Grande calls out her critics and tells them maybe they should just “shut up”. This track is successful and introduces the album well. It then dives right into “35+34”, the controversial tune.

Both “shut up” and the closing track “pov” address how Grande is perceived by other people. In the first, she wants her critics to stop their slander of her and to “shut up”. However, in “pov”, she wants to be seen as however, the person she is singing about sees her. In this sense, the two tracks contrast quite heavily. While Grande doesn’t care to hear what her critics say, there are still certain people’s opinions which matter greatly to her.

The lyrics in Positions goes deeper than in previous albums and also cross boundaries as far as vulgarity goes for the singer. Additionally, several of the songs on the album have a very retro feel, including “motive (feat. Doja Cat),” “my hair” and “love language.”  This is relatively new territory for the pop singer. The album art also features a very retro Grande, her outfit as a nod to 60s fashion. Grande also chose to return back to her ballad roots, and incorporate more R&B style vocals into ‘positions.’

While the album takes listeners back in time, both musically and visually, it doesn’t come without a cost. It can be hard to distinguish when one track ends and another starts as the majority of the songs open with echoic, angel-like vocals. However, there is not much variety within the songs themselves. ‘Obvious’ and “positions,” the single track debuted in late October which caused a frenzy amongst “Arianators,” Grande’s fan base, are the most diverse of the bunch. These feature more alto vocals and more intense bass.

Aside from a few key tracks, Positions just doesn’t incorporate as much variety as was anticipated considering the hiatus between Thank u next and Positions. Most of the tracks sound similar, which can be perceived as somewhat boring. Overall, the album was moderately underwhelming, despite the lyrical and soothing tracks at hand. Given her efforts to take a trip down memory lane, Grande brought up lots of feelings for long-time fans. Perhaps ‘positions’ should be focused on the future Ari, as opposed to the old.